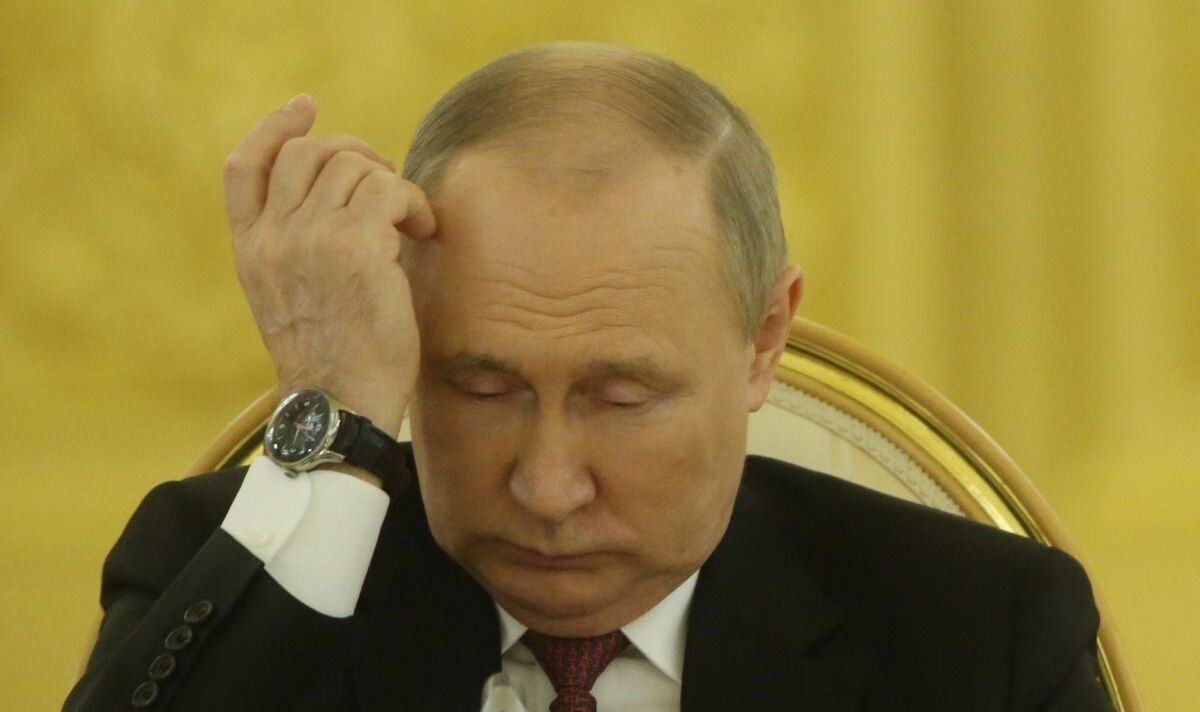 A UKRAINIAN intelligence chief has claimed Vladimir Putin is suffering from “several serious illnesses”, including cancer. The head of Ukrainian intelligence Kyrylo Budanov, 36, said the despot “will not die tomorrow” and still “has a few more years left in him”. In an interview with Ukrainian newspaper Ukrayinska Pravda, the Chief Intelligence Directorate of Ukraine’s Ministry of Defence confirmed his belief Putin is suffering from cancer.

He said: “He has several serious illnesses, one of which is cancer.

“But it is not worth hoping that Putin will die tomorrow.

Images of Putin apparently gripping the table for stability during a discussion with his defence minister and appearing at Russia’s Victory Day parade with a blanket over his lap had already sparked speculation he may be facing health issues.

He added Putin’s mental state was “confused” and hinted at the toll the failing invasion must be taking on the tyrant.

Mr Budanov said: “Here we can argue a lot about the state of the dictator, who thought he would capture the whole country [Ukraine] in three days and raise the Russian flag on the administration building in Kyiv.

“And for the third month in a row, declaring that he has the second and sometimes the first army in the world, he cannot cope, in his words, ‘with backward non-state Ukraine’.

“This is his rhetoric. That’s what state he should be in?”

The intelligence chief went on to state that Putin has “significantly reduced” people’s access to information.

Putin allegedly allows in “quite a small number of people” and “keeps everyone else at a distance”.

Regarding the possibility of Putin preparing someone as a successor, Mr Budanov suggested instead the Russian leader is “manic”, preventing this from happening.

He said: “This is a very interesting question. In different periods of his time, he thought about it, and in principle chose, as they say, the favourite.

“There were already several such people.

“Looking at some of his manic syndromes, he is likely to be afraid to seriously prepare a successor, realising that in preparation, this successor may want to take the chair a little earlier than Putin himself wants.

“Therefore, he keeps everyone at a certain distance. And he believes that he will rule forever. But it will not be so.”

He went on to argue that Putin will go the way of “any dictator of the 20th and 21st centuries”, saying: “None of them ended differently. In most cases, they died against their will.”

This already appears to be a possibility for Putin, who Mr Budanov claims survived an assassination attempt on him shortly after the start of the war.

He said: “There was even an assassination attempt on him, as they say, by representatives of the Caucasus not so long ago.

“This is non-public information. Absolutely unsuccessful attempt, but it really took place….

“It was about two months ago. Once again, he was unsuccessful. There is no publicity about this event, but it happened.”