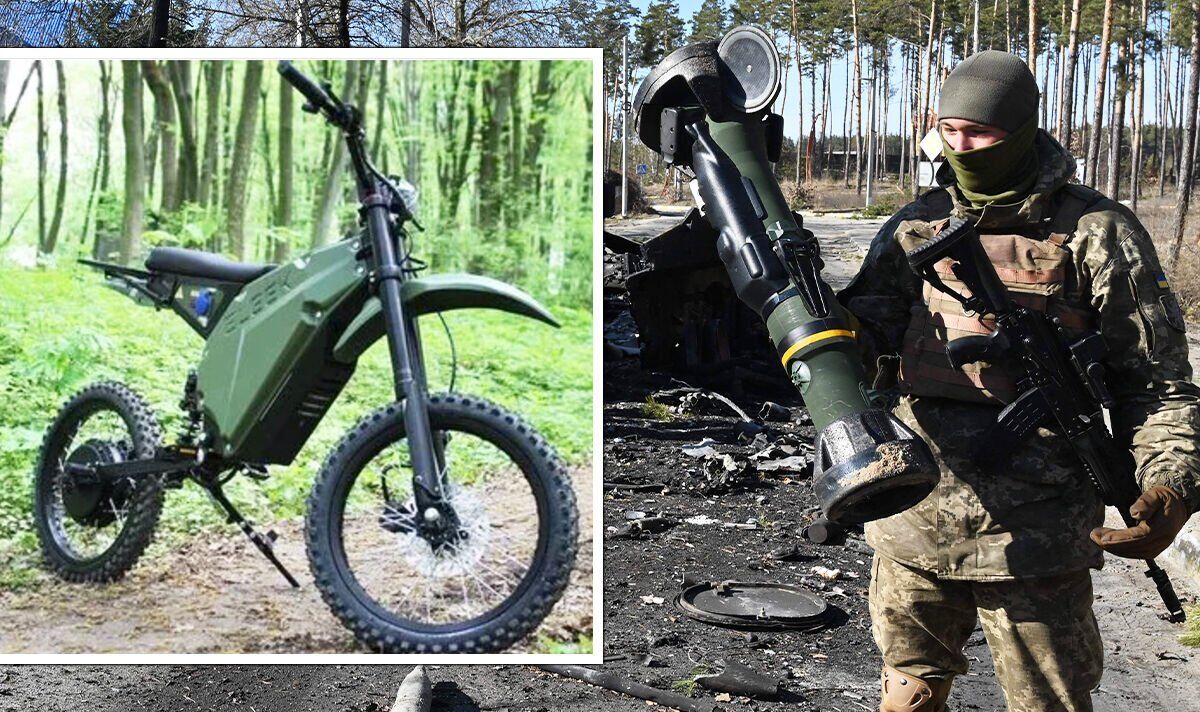 The Eleek Atom Military stealth bikes, which are designed in Ukraine and built in a secret factory, have a range of 93 miles on a five-hour charge and a top speed of 55mph. They enable troops to reach the frontline and mount shoot-andscoot attacks before escaping to safety.

Soldiers can carry as much as 150lb on the bikes, allowing them to haul 66mm anti-tank weapons.

Apart from tankbusting operations, the bikes have also been used to transport snipers, medical and ammunition supplies. And they have carried messengers between Ukrainian troop formations, bypassing Russian electronic jamming systems.

Their size and low heat enable them to evade Russian surveillance drones and thermal imaging devices.

While British and US special forces have used motorbikes in both Iraq and Afghanistan, sourcing fuel in remote areas has always been a challenge.

But Eleek Atoms use lightweight portable solar panels, which allow them to be deployed in almost any environment.

Vadym Ignatov, deputy chairman of the Ukrainian Association of ElectricVehicle Market Participants, said: “After testing in real combat conditions, special forces fighters assessed the benefits of electric bikes and the need for them will increase.”