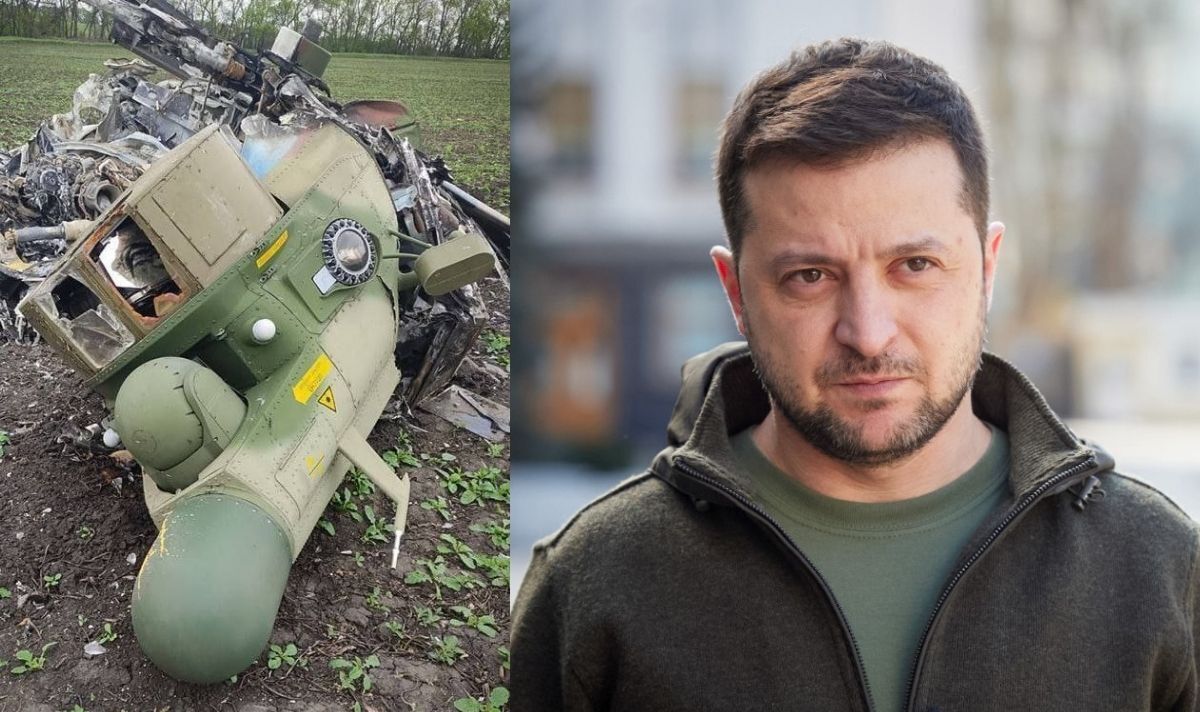 The photos show the mangled wreckage of a Mi-82 “Havoc” helicopter reportedly downed by the Ukrainian National Guard in the Kharviv region. The Kyiv Independent reports that the Ukrainian Air Force has also downed a Ka-52 “Alligator” attack helicopter.

According to the Ukrainian Telegram channel, Operatyvnyi ZSU, the Ka-52 is worth £12million. The Mi-82 is worth approximately £14.6 million, according to the military blog www.military-today.com.

Russian helicopters have proved vulnerable to the relatively cheap Man-portable-air-defence-missiles or MANPADs used by the Ukrainian armed forces.

The handheld surface to air missile systems have largely been provided by NATO and have given Ukrainian soldiers an edge against the overwhelmingly larger Russian Air Force.

The Kyiv Independent provided an update from the Ukrainian Air Force on Twitter for May 15.

An estimated 165 Russian helicopters and 200 planes have been shot down over Ukraine since the war began, in addition to more than 400 Unmanned Aerial Vehicles (UAVs) or drones, according to the Ukrainian armed forces.

READ MORE: Putin health fears as he STARES at twisted feet in meeting

The news comes just days after Ukrainian artillery wiped out nearly an entire Russian battalion as they attempted to cross a river in the Donbas region.

More than 70 Russian vehicles were reportedly destroyed while up to 1000 troops may have been killed.

Russia may have lost up to one third of all of its forces so far in Ukraine, according to a Ministry of Defence intelligence assessment.