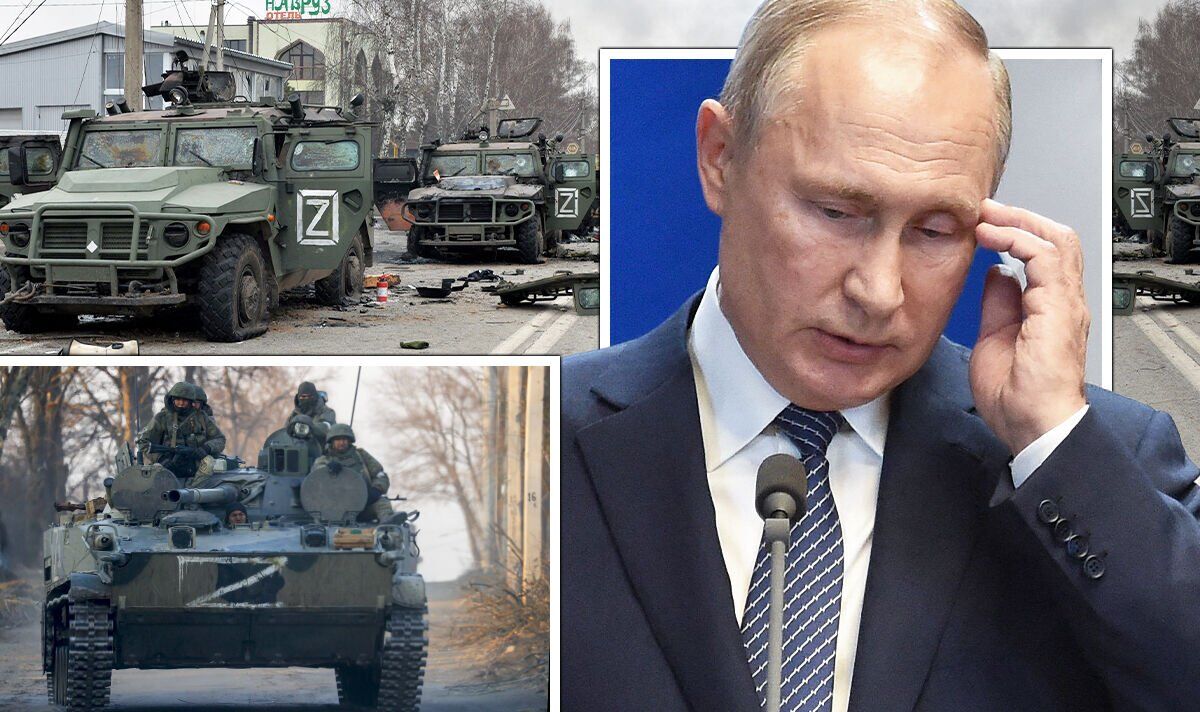 For those who are not able to return home and escape the horrific fighting, to quell their fear of death they are said to be getting drunk.

The Russian soldier told his wife: “I’m thumping [drunk…] Because I’m scared. Everything is pounding here.”

Yesterday (Wednesday), Boris Johnson revealed that UK intelligence suggested Russia’s momentum in the eastern Donbas region – which Putin has vowed to “liberate” – will slow in the coming months.

The Prime Minister said: “Our defence intelligence service believes that in the next few months, Russia could come to a point at which there is no longer any forward momentum because it has exhausted its resources.”