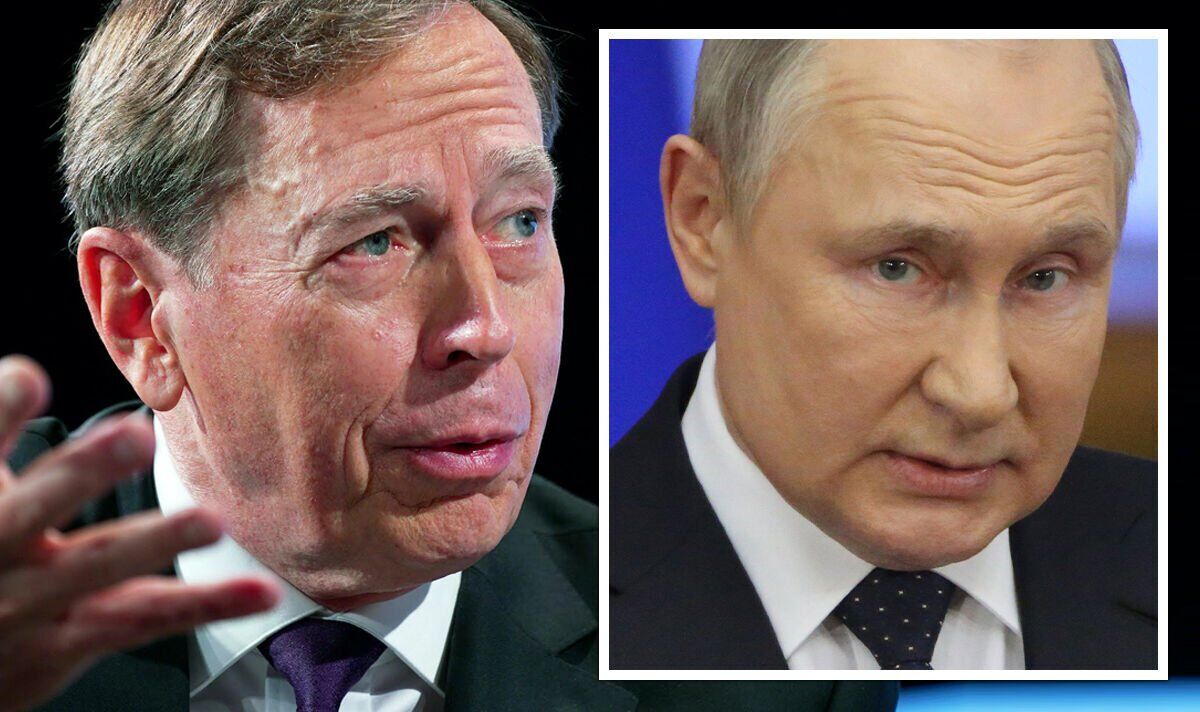 Russia’s troops have suffered a major military setback in Ukraine’s capital region as their troops were forced to retreat amid fierce resistance and poor logistics. Ukraine estimates 18,900 Russian soldiers have perished since the beginning of the war while Britain says the death toll rises to about 15,000. Ukrainian President Volodymyr Zelensky told CNN Russia’s death toll likely surpasses that of Ukrainian military personnel. Against that backdrop, former CIA director David Petraeus says Vladimir Putin’s army may not be as well-equipped as the West thought it was.

General David Petraeus told Andrew Neil on the Backstory podcast: “We’ve not seen them perform big operations. And yet, we knew that they had quote modernised their force race substantially literally on display at various junctures over the years.

“Only to find out that they really didn’t modernise all that much of their force.

“When you look at the sinking of the Moskva for example, it’s very clear that the kinds of upgrades that are necessary for fire suppression, for shutting off portions of a ship that are flooding, in the training of their sailors to combat that kind of challenge – all of that was lacking.

“And that’s why their warship is now at the bottom of the Black Sea.”

Moksva, the flagship of the Russian Black Fleet, sank in the Black Sea 100 kilometres from the port city of Odesa amid fierce fighting between Russian and Ukrainian forces. While Ukraine officials claimed their forces hit the warship and set it on fire, Russian officials said Moksva had capsized. The cause of the sinking hasn’t been independently verified.

“That’s what we have to make sure that he understands what would follow. Crossing the nuclear threshold or perhaps even use of chemical weapons.

“And again, it’s hard to say whether he has the capability to use effective or tactically significant nuclear weapons.”

Putin’s foreign minister Sergey Lavrov warned the conflict could escalate into World War Three and possibly into a nuclear conflict. He blamed the US and NATO for engaging in “war with Russia through a proxy (Ukraine) and is arming that proxy. War is war.”