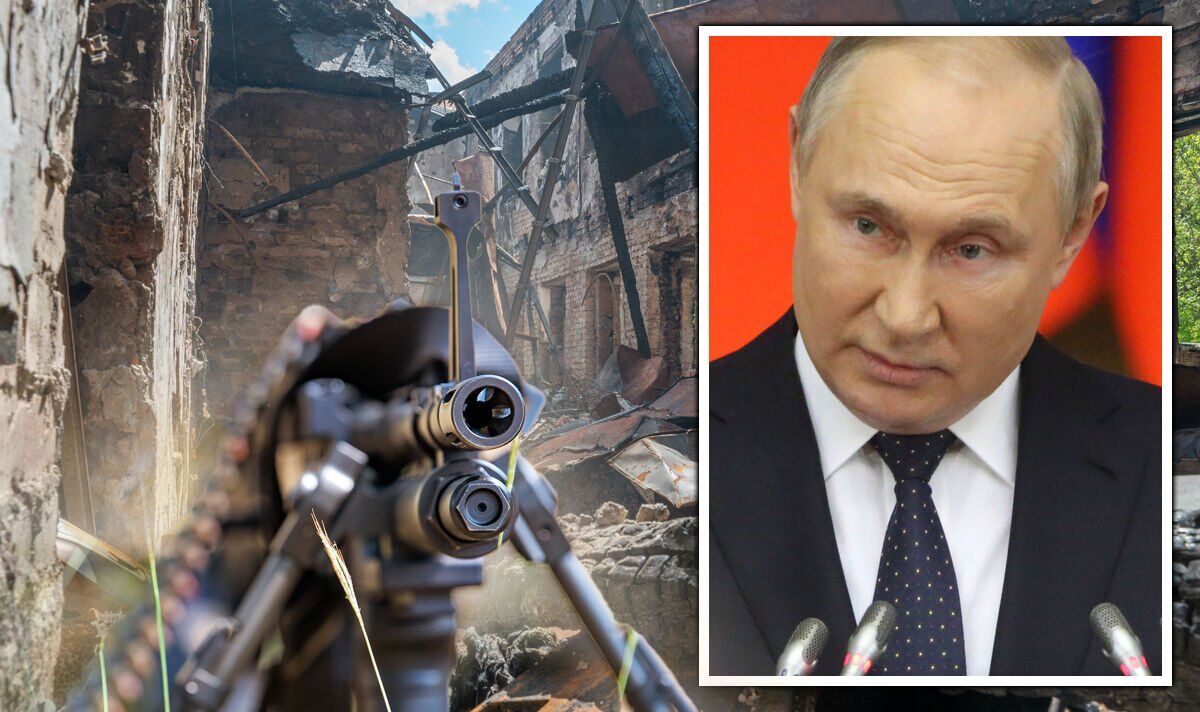 The Russian President has looked to ramp up the pressure after giving the go-ahead for more than 100,000 troops who spent weeks massing the Ukrainian border to finally begin the invasion of their neighbour. Moscow’s brutal advance into Ukraine has left a path of destruction throughout the war-torn country, with missiles raining down on major cities as thousands of locals flee for their lives. But Russian troops have been met by fierce and courageous resistance from Ukrainian forces, suffering heavy casualties, including several high-profile military personnel.

Now Putin has suffered yet another hammer blow after the Ukraine Security Service reportedly captured 11 Russian snipers who had fired on their positions.

“During such an operation in Kharkiv Oblast, 11 Russian snipers were captured who fired on Ukrainian positions, @ServiceSsu reported.

In a separate tweet, the Ukraine Security Service (@ServiceSsu) wrote: “The heroic resistance of Ukrainian defenders in the Kharkiv region demoralised the enemy.

“The occupying forces are in a state of panic and regret that they came to Ukraine for the war.

“This is stated in the new telephone conversations of the invaders, who managed to intercept the SBU.”

Twitter account Canadian Ukrainian Volunteer (@CanadianUkrain1), which describes itself as a “four-man team fighting in Kherson region”, also posted: “Half a platoon of Russian soldiers fled from the battlefield near Kherson.

UN-brokered evacuations of some of the hundreds of civilians who had taken shelter in the plant’s tunnels and bunkers have been underway since last weeks, but have come to a stop if recent days because of renewed fighting.

But Mariupol authorities claimed Russian forces had fired at a car that was involved, killing one Ukrainian fighter and injuring six others.

Andriy Biletsky, a founder of the Azov Regiment holed up in the steelworks, wrote in an online post: “The fighting is continuing, the shelling does not stop.

“Every minute of procrastination is the life of civilians, soldiers and the wounded.”

Ukrainian President Volodymyr Zelensky warned if Russia killed civilians or troops who could otherwise be released during the blockade of Mariupol, his Government would walk away from potential peace talks with Moscow.