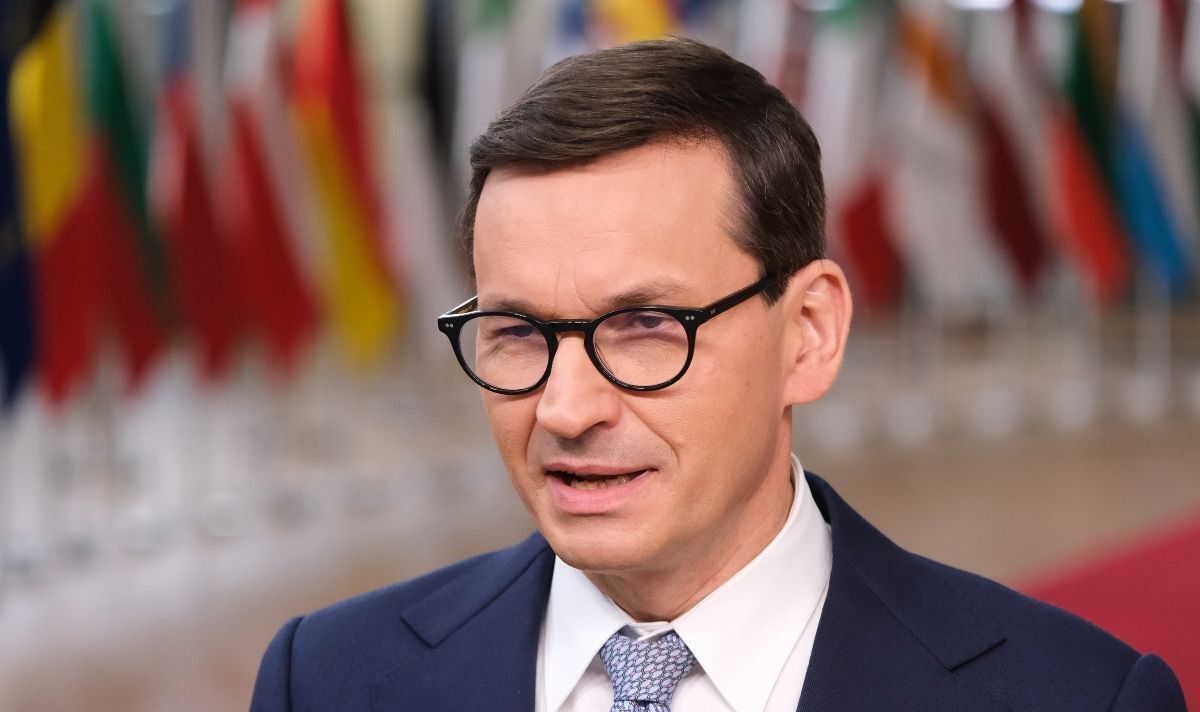 On Wednesday, Prime Minister Mateusz Morawiecki told the Daily Telegraph that the dangerous ideology of the Russian President must be eradicated. The Prime Minister compared Putin to the likes of Hitler and Stalin but warned that in the twenty-first century, the Russian leader has more weapons at his disposal.

Not only does Putin have access to a large nuclear arsenal, but he also has the weapon of the internet which has been “infected with millions of instances of fake news”.

“It is an ideology through which Russia justifies invented rights and privileges for its country.”

This ideology not only impacts Ukraine but will leak out across the whole of Europe and, according to the Polish leader, must be “rooted out entirely”.

On Monday, Russia had its annual Victory Day parade to commemorate those who died in the Second World War and to mark the allied defeat of the Nazis.

During such an event, the Russian leader has always seen it as an opportunity to demonstrate Russian strength and power.

In the eyes of the Polish PM, the West has been too complacent with the growing threat of Russia and Putin’s ideologies that he likens to “20th-century communism and Nazism”.

He said: “Putin is neither Hitler nor Stalin. Unfortunately, he is more dangerous.

“If Europe does not stop him, Putin will march Russian forces further into Europe.

“It is up to us to decide where we stop [Russia].”