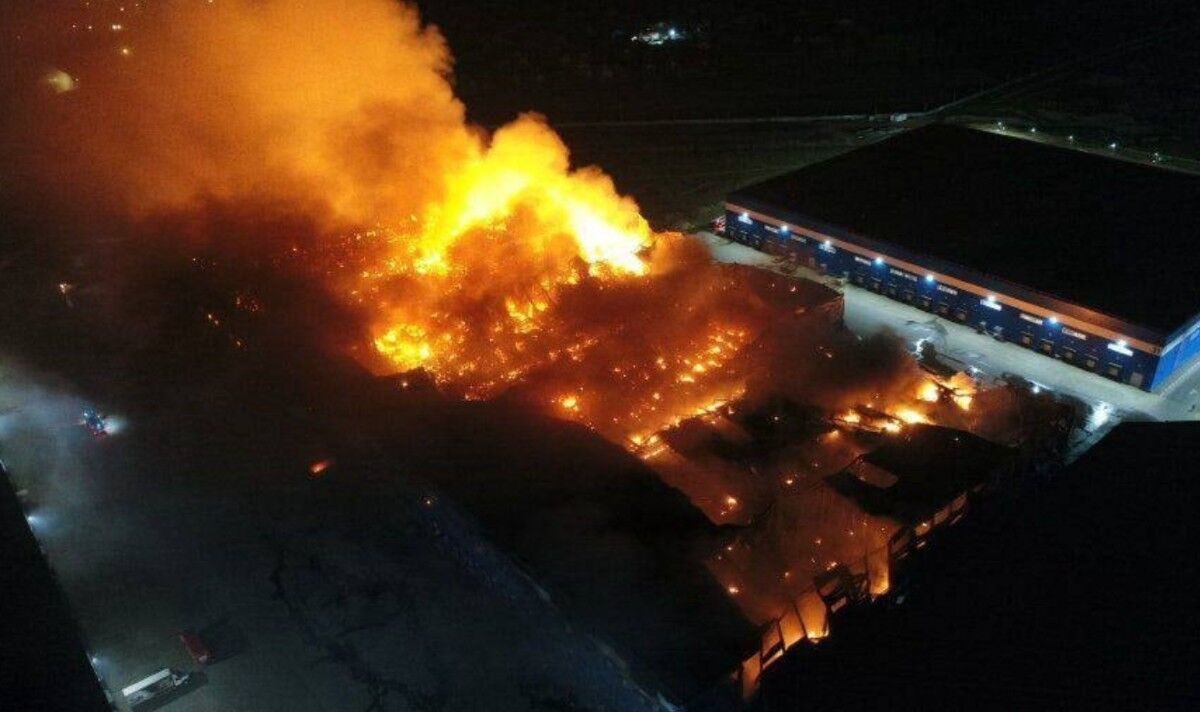 The fire, in the Bogorodsky region, East of the capital Moscow was shown on video images captured by the Tass News Agency. Flames can be seen pouring out of the massive industrial storage unit which is believed to house paper and cardboard products.

Taking to Twitter to share the extraordinary footage, analyst and researcher Olga Lautman said: “And another fire in Bogorodsky Moscow oblast.

“The warehouse with paper is on fire over the entire area of 33,800 square meters.

“There has been a partial collapse on the building.”

She then goes on to add: “I wonder if anyone needs a fire reporter because every day I’m documenting fires across Russia.”

The fire broke out in a warehouse located on Kudinovskoye Highway in the urban district of Bogorodsky in the Moscow region, a source at the press service of the Emergency Situations Ministry reported on Tuesday.

Almost 100 people and 33 pieces of equipment are involved in extinguishing the fire.

The warehouse is located in a section dedicated to logistics and distribution.

The fire threatens another warehouse located at a distance of 10 meters from the one on fire.

The fire was given the third rank of complexity out of five.