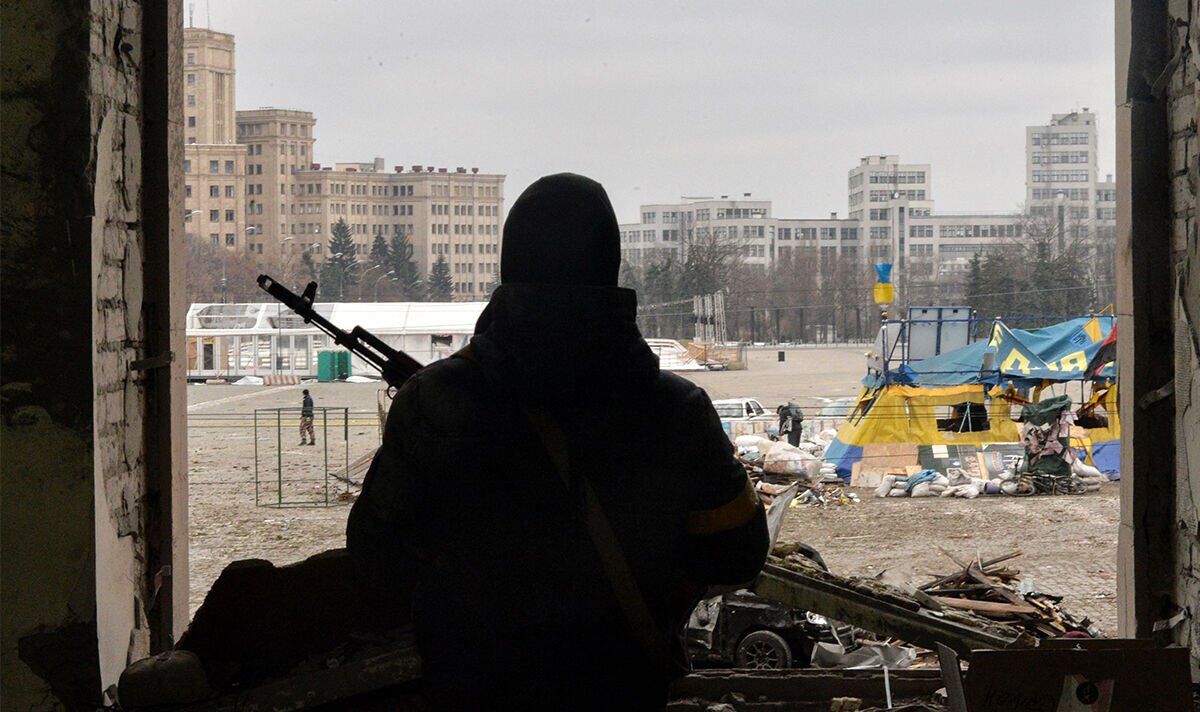 Russia is amassing fresh troops at its border with the recently liberated city of Kharkiv, which has sparked fears Vladimir Putin’s soldiers are set to launch another offensive. Commander of the Kharkiv military garrison, Brigadier General Sergei Melnik, revealed how Russia is gathering soldiers and equipment near its border opposite the Ukrainian city.

He said Russia was regularly firing tank shells and sending Iranian kamikaze drones across the border since they were forced out from the north of the city.

He said he did not know what Putin’s troops were going to do next.

He told The Telegraph: “The situation is not calm.

“Furthermore on that side of the border they are building up a very large number of troops and equipment and so on. So what they are going to do next we don’t yet know.

“We can guess – either they will move in the direction of Kharkiv in the second echelon or towards Donetsk, but I don’t know yet.

“When they start to move and line up in battle formation, we will understand where they are going.”

It comes after Putin issued a veiled threat to use nuclear weapons to protect Russian soil and delivered an order to call up hundreds of thousands of reservists in the biggest escalation yet of the seven-month Ukraine war.

The mobilisation was accompanied by his announcement that he would stage votes to annex four Ukrainian provinces occupied by its forces.

Moscow also hopes to annex the provinces of Kherson, Luhansk, Donetsk and Zaporizhzhia, in the east and south, which make up about 15 percent of Ukraine.

None of those provinces is fully under Moscow’s control and fighting has been underway along the entire front line, with Ukrainian forces reporting more advances since they routed Russian troops in a fifth province, Kharkiv, earlier this month.

Voting on whether to join Russia began on Friday in the regions and is due to end today, with the Russian parliament possibly approving the annexation within days.

Kyiv and the West have dismissed the referendums as a sham and pledged not to recognise the results.

President Zelensky, who insists that Ukraine will regain all its territory, said on Sunday some of the clashes had yielded “positive results” for Kyiv.

He said: “This is the Donetsk region, this is our Kharkiv region.

“This is the Kherson region, and also the Mykolaiv and Zaporizhzhia regions.”

In an impassioned plea to his troops and supporters, he added: “Keep on fighting so that your children will not be sent to their deaths – all those that can be drafted by this criminal Russian mobilisation.

“Because if you come to take away the lives of our children – and I am saying this as a father – we will not let you get away alive.”