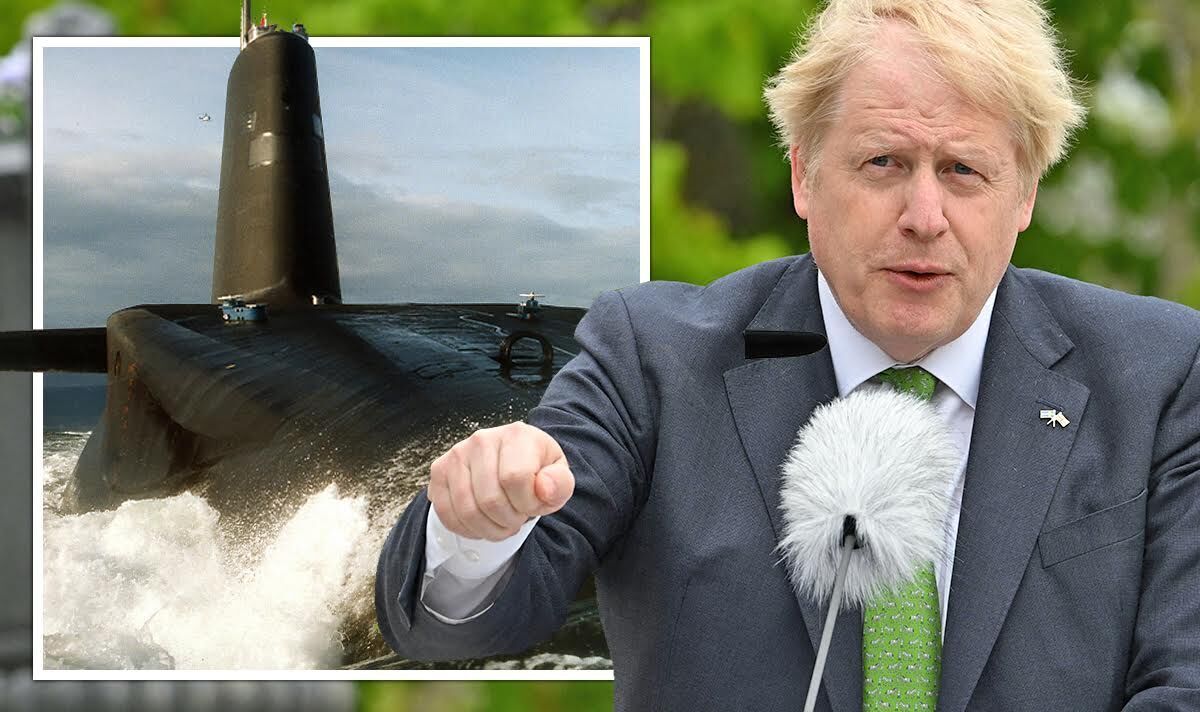 Russian President Vladimir Putin has repeatedly issued threats of nuclear destruction since the start of the invasion, putting Western powers on high alert. This nuclear posturing has particularly alarmed European countries like Sweden, which currently doesn’t have nuclear weapons. Concerned about their security, countries like Sweden and Finland are mulling applying for NATO membership, angering Putin further.

Earlier today, Mr Johnson held a press conference with his Swedish counterpart, Magdalena Andersson, where he said that Britain would support whatever Sweden decides around possible future NATO membership.

When asked whether the UK would provide Sweden with nuclear support if asked, the Prime Minister said: “When it comes to our nuclear deterrent, that’s something we don’t generally comment on.

“What I’ve made clear is that it is up to either party to make a request and we take it very seriously.”

On Sweden’s entry into NATO, he said: “I’m sure the UK will support whatever course of action Sweden decides to embark upon and we’ll be as useful and supportive as we can.”

Since 1998, the Trident has been the only operational nuclear weapons system in the UK, after the country decommissioned its tactical WE.177 bombs.

The nuclear weapons system is delivered through four of the UK’s Vanguard-class submarines that are currently based at HMNB Clyde in Scotland.

Each of these submarines can be armed with up to sixteen Trident II missiles, each of which carries nuclear-tipped warheads in up to eight multiple independently targetable re-entry vehicles (MIRVs).

The UK deploys at least one Vanguard submarine on patrol at all times, performing a crucial strategic deterrence role against other nuclear powers.

The Ministry of Defence (MoD) has stated that these vessels will be “one of the most complex machines ever built” and they will operate in “one of the most hostile environments on the planet”.

Britain has also bolstered its defences by awarding a £160m Dreadnought crew training contract to Raytheon UK, which will take place at HM Naval Base, Clyde.

Frances Tusa, an independent defence analyst, said that these contracts are a clear signal that the Royal Navy is confident in its nuclear deterrents.

The Telegraph reported him saying: “The fact that they are signing training contracts is important because it shows they know they are getting closer to the delivery of the boats.”