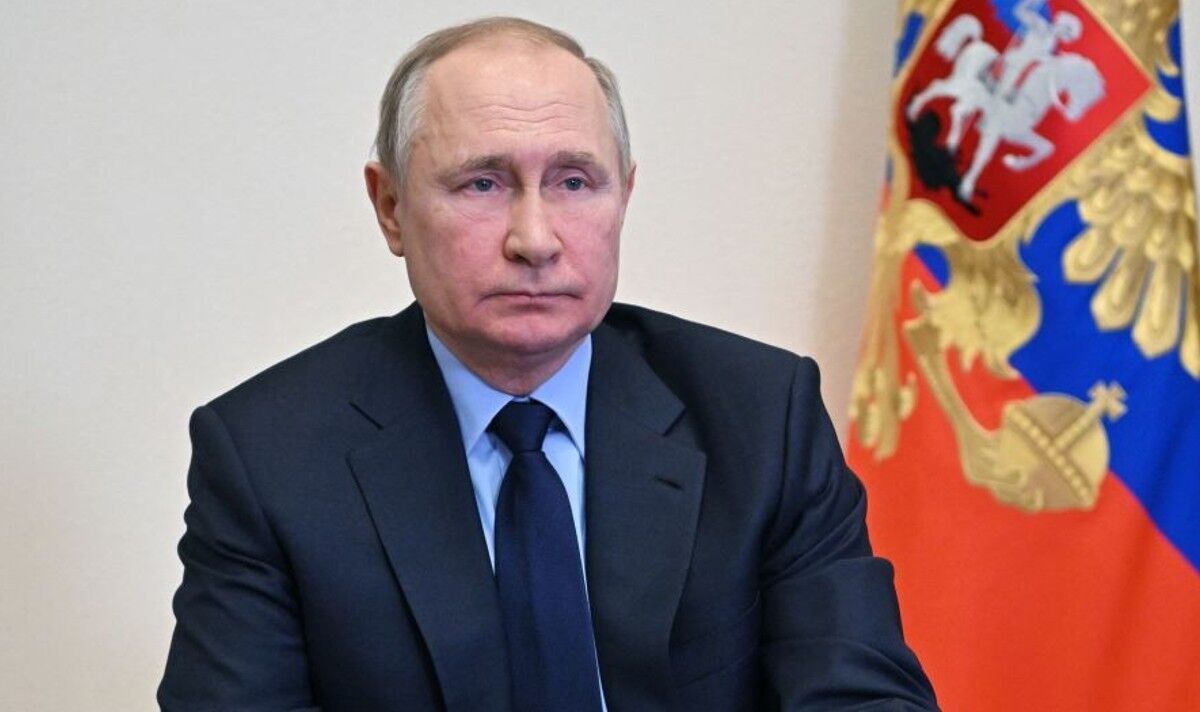 Rumours about the Russian president’s health have intensified over the past few weeks, following a series of public appearances. An oligarch close to the Russian leader claimed in an audio recording obtained by New Lines magazine that Putin was suffering from “blood cancer”. Christopher Steele, who ran the Russia desk at MI6 in London between 2006 and 2009, said the Russian despot was ill but it was not yet clear whether his illness was “terminal”.

He told Sky News: “Certainly, from what we’re hearing from sources in Russia and elsewhere, is that Putin is, in fact, quite seriously ill.

“It’s not clear exactly what this illness is – whether it’s incurable or terminal, or whatever.

“But certainly, I think it’s part of the equation.”

Recent public appearances by the Russian leader have been exhaustively scrutinised by body language experts in a search for clues about his health.

Eyebrows were raised after a televised meeting between Putin and his Defence Minister in April.

The Russian president was filmed speaking to Sergey Shoigu, while gripping the edge of the table with his right hand so hard that it appeared to be going white.

At last week’s Victory Day celebrations, observers noted that Putin’s face appeared to be bloated and that his walk was “unsteady”.

Mr Steele added: “When you see that happening, you think it’s probably true.

“So, I think there is an element of his illness involved in this and his legacy.”

The Kremlin has consistently denied that their leader is ill, despite the fevered speculation in the West.

According to the New Lines report, the FSB has even sent a “top-secret memo” to its regional directors, advising them to ignore rumours about Putin’s alleged terminal condition.

READ MORE: Germany poised to send Ukraine ‘one of most advanced missiles’

“This process has already been launched and they are moving into that way.”

He added ominously: “They are moving in this way and it is impossible to stop it.”

It comes as the latest intelligence bulletin from the UK’s Ministry of Defence said Russia had lost roughly one-third of its combat forces since the invasion began in February.

The bulletin also said that the Russian offensive in the Donbas had lost momentum and troops continued to suffer from low morale.

The analysts predicted Putin’s army would find it difficult to accelerate its advance over the next 30 days.