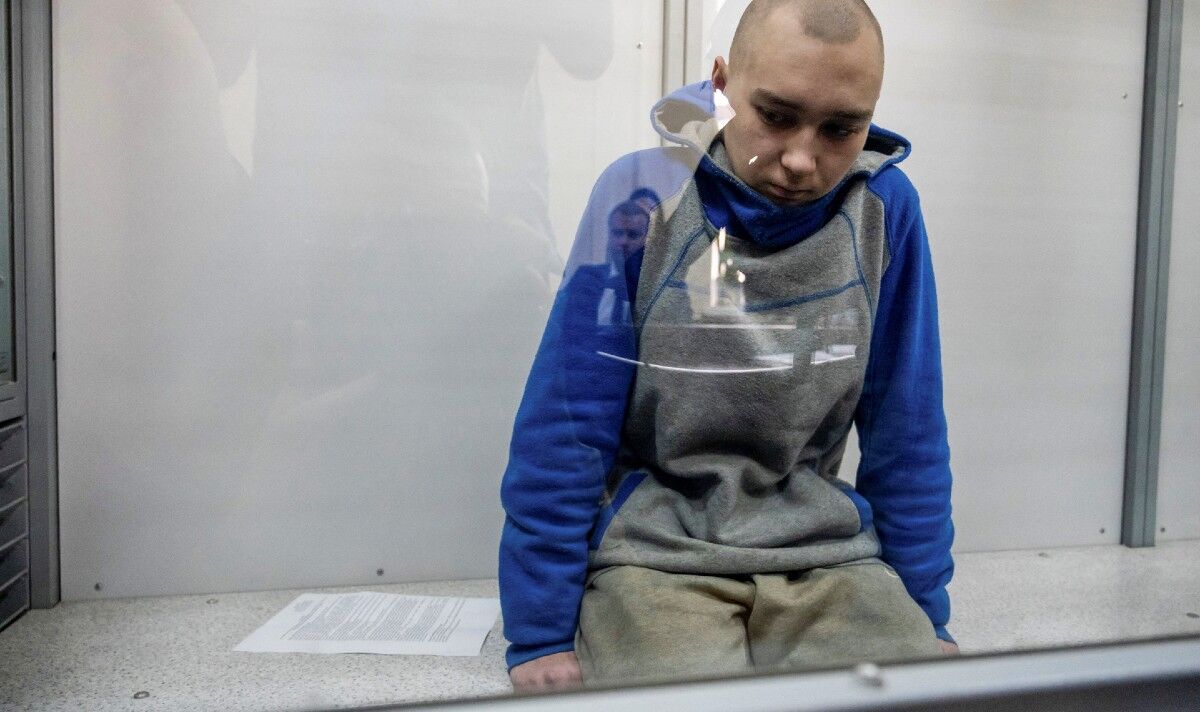 Sergeant Vadim Shyshimarin, 21, is accused of shooting a 62-year-old unarmed civilian in the head through an open car window in the north-eastern village of Chupakhivka on February 28. Shyshimarin and four other soldiers then drove the car away, seeking to flee Ukrainian fighters. The defendant, of the Kantemirovskaya tank division, faces from 10 years to life in prison.

Shyshimarin arrived at Kyiv’s small district court number 3 in a grey tracksuit and handcuffs on Friday, May 14.

It was a preliminary hearing and a first date for trial has been set for May 18.

His attorney, Victor Ovsyanikov, acknowledged the case against him is strong. He said his client had confessed to the killing of the victim but that he had not yet discussed whether he would plead guilty.

Shysimarin spoke briefly to confirm his name and that he understood the charges against him.

According to the prosecutor, Russian soldiers drove into the village in a stolen car with punctured wheels, after their convoy came under attack by Ukrainian troops.

When they saw a civilian cycling home while speaking on the phone, one within the group ordered the sergeant to kill the man to prevent him from reporting them to the Ukrainian army.

It is not known how Shishimarin came to be in Ukrainian custody or what happened to the others in his group at the time of the alleged killing.

Kyiv and the West have repeatedly accused Russian troops of committing war crimes since the invasion began on February 24.

The UK and the Netherlands have sent war crimes investigators to Ukraine to assist local and International Criminal Court (ICC) teams probing possible mass atrocities as well as to help gather evidence of war crimes, including sexual violence.

Speaking outside the court building in The Hague after meeting with ICC officials, Foreign Secretary Liz Truss said a British team with a special emphasis on investigating rape as a possible war crime would head to Ukraine in May.

She said: “It’s done to subjugate women and destroy communities and we want to see it stopped.

“This is about collecting a wide range of evidence, witness statements, forensic evidence, and video evidence.”

Moscow denies committing war crimes in Ukraine or targeting civilians during a war that has killed thousands, devastated many cities and towns and sparked a massive exodus of nearly six million Ukrainians, many of whom bear accounts of torture, sexual violence and indiscriminate destruction.