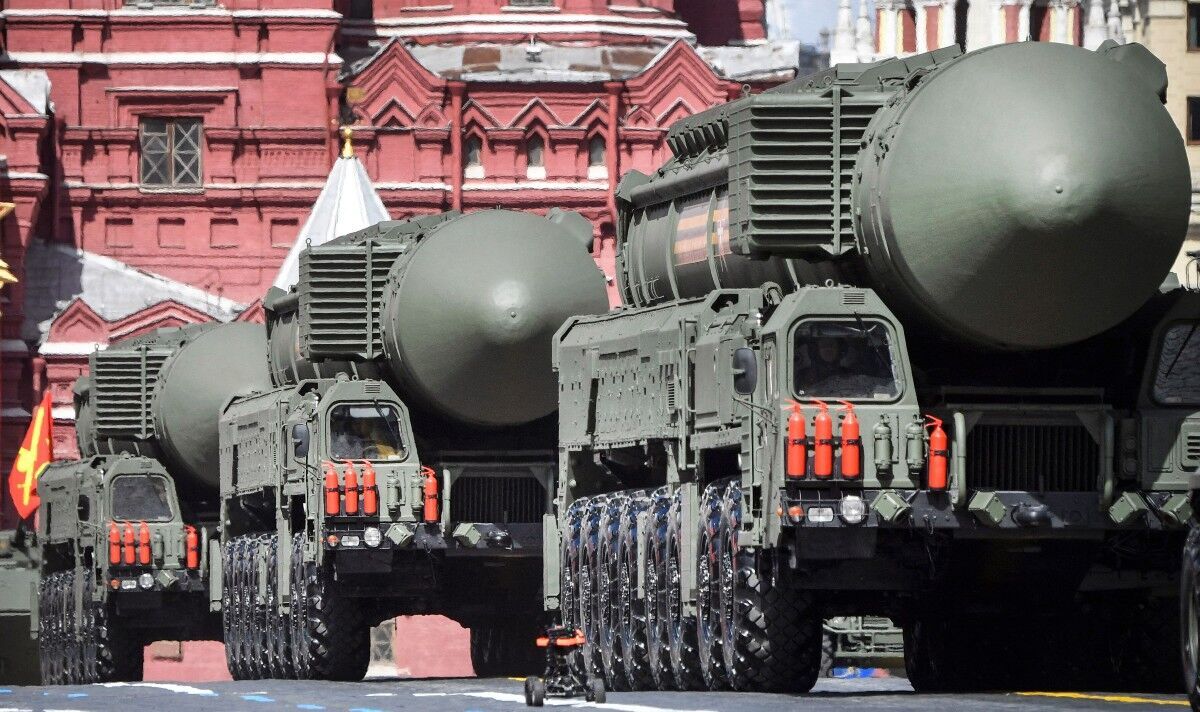 Amidst the brutal invasion of Ukraine, Russia is celebrating Victory Day today, commemorating the defeat of Nazi Germany in World War II. During the parade, Moscow showcased its terrifying 50,000kg thermonuclear intercontinental ballistic missile, in a terrifying threat to the West. This Victory Day also marks the day that Putin reportedly wants to deal a decisive blow to Ukraine by.

Experts believe that the thermonuclear RS-24 Yars, nicknamed the “monster missile”, can carry up to 10 warheads, and boasts of a range of 12,000 kilometres.

For the West, the missile, which can cruise at speeds of up to 24,500 kilometres per hour will be a show of force and a stark reminder of what Putin could unleash in Europe if tensions reach boiling point between Russia and NATO.

The RS-24 Yars is an intercontinental ballistic missile that can be launched on the road or from nuclear silos.

These missiles can be launched very quickly, taking only seven minutes to prep the missile for launch.

The missile can also be equipped with the Avangard hypersonic gliding re-entry vehicle that would make it extremely fast and easily manoeuvrable.