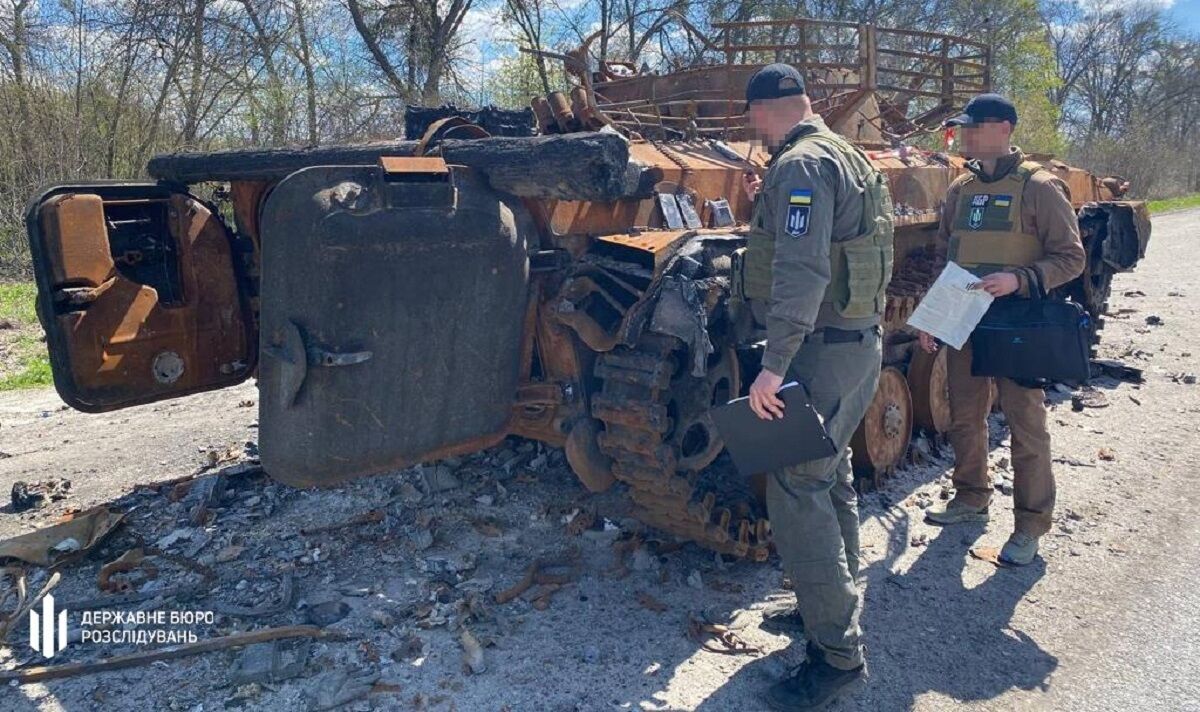 The plans emerged as Ukrainian authorities investigate the soldiers’ dropped belongings left on the battlefield, which include horrifying information about Russia’s aims. Alexei Sukhachev, the Director of Ukraine’s State Bureau of Investigation (DBR), said in a statement that “important documents” of the Russian military were found.

He said: “DBR investigators have found important documents of the Russian military, which clearly give the understanding that Russia was preparing to seize the entire territory of Ukraine.

“All this information will be studied and attached to the case file”.

Investigators inspected an area of more than 2,000 hectares in Trostyanets, Sumy region, and seized personal belongings of soldiers to identify violations and war crimes committed.

According to the bureau’s report, the torture of Ukrainian citizens had been identified during its investigation.

At least 34 cases of torture and unlawful deprivation of liberty of civilians were reported.

The report noted “batons, handcuffs, metal ticks and clothes of the victims with traces of blood were found at the crime scene.”

The bodies of 23 victims, including two children, were exhumed.

The bureau stated: “None of the perpetrators will escape fair punishment”.

The UN High Commissioner for Human Rights, Michelle Bachelet, has said there were many examples of possible war crimes since the Russian invasion, as 1,000 bodies had been recovered so far only in the Kyiv region.

Ms Bachelet said: “The scale of unlawful killings, including indicia of summary executions in areas to the north of Kyiv, is shocking”.

The Kremlin has said images of dead bodies on the streets of towns such as Bucha were staged to discredit its forces.

Dozens of countries have spoken in favour of Ukraine’s resolution, which would also request Bachelet to provide an update at the council’s June session on violations in the Russian-besieged port city of Mariupol.