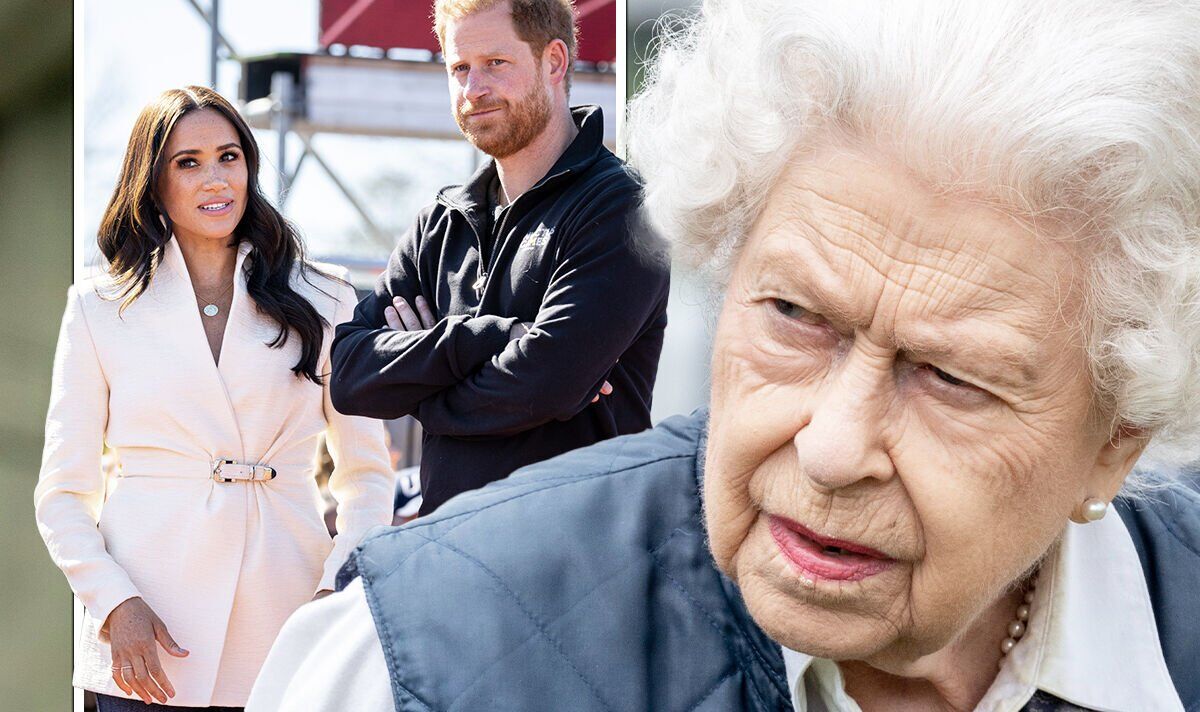 The Queen is believed to have a “ring of steel” in place to prevent any attempts by her grandson Prince Harry and his wife Meghan Markle to include the monarch in the Netflix documentary. Royal expert Russell Myers believes Buckingham Palace aides have enacted a strict cordon around the Queen and have advised Meghan and Harry to not even think about using the monarch as a means of sourcing royal content for Netflix.

Mr Myers told the US news show Today: “There is an absolutely a ring of steel around the Queen in terms of her advisors.

“I mean, they certainly would be advising Harry and Megan to not even think about it for a second, but who knows what they will do?

“I mean, it makes you wonder how much the family can take anymore and I’m sure Prince William has got his head in his hands as Prince Charles as every time they pop up on the television.”

Harry and Meghan signed a lucrative deal with Netflix in September 2020 with an aim to produce documentary content for the streaming giant.

The couple recently saw their Netflix project titled ‘Pearl’ axed as the company moved to save cash falling subscriber numbers.

He told Express.co.uk: “Clearly there will be pressure on Harry and Meghan to produce more and probably more quickly.”

Meanwhile, Harry and Meghan will not be joining other royals as they wave at crowds from the balcony of Buckingham Palace during the Trooping of the Colour ceremony at the start of the celebrations.

The Queen has decided neither her son Prince Andrew nor grandson Prince Harry will be there this time with attendance restricted to working royals only.

“After careful consideration, the Queen has decided this year’s traditional Trooping the Colour balcony appearance will be limited to her majesty and those members of the royal family who are currently undertaking official public duties on behalf of the Queen,” a palace spokesperson said.

Prince Harry stepped away from royal duties after moving with his American wife Meghan to Los Angeles two years ago.