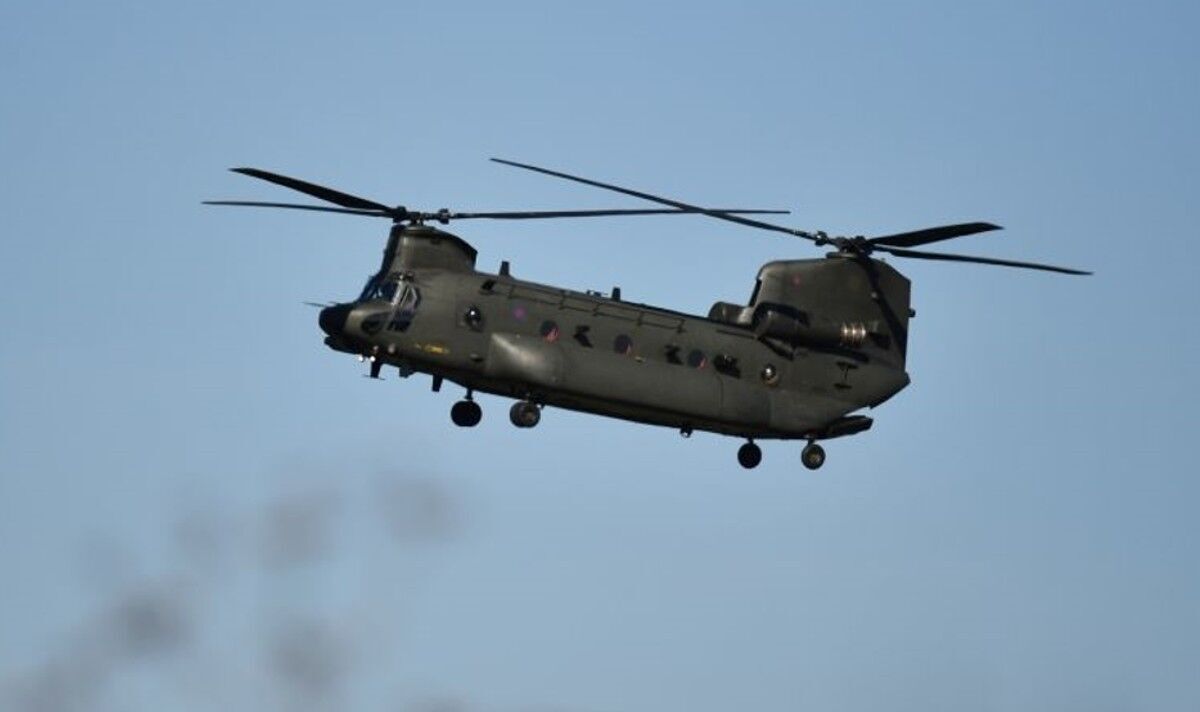 The HC2 model is flying at an altitude of 100ft and a speed of 114.6kts, according to a post on Twitter from aircraft and satellite and tracking service SkyScanWorld. The Twitter post reads: “RAF – Boeing Chinook. Currently squawking emergency squawk 7700 around Exeter.”

The Boeing Chinook is a large, tandem rotor helicopter operated by the RAF.

The fleet is a series of variants based on the US Army’s Boeing CH-47 Chinook, and is the largest outside the US.

They are normally based at RAF Odiham in Hampshire and provide heavy-lift support and transport across all branches of the British armed forces.

The Chinook is expected to remain in RAF service until the 2040s.

Squawk codes are assigned to every flight before departure and the four digits can be between zero and seven.

The most well-known of these is the code 7700, which is used to indicate a general emergency.

A pilot will enter this when they are aware they are in an emergency situation, either instructed by Air Traffic Control after declaring an emergency or without communication.

On Thursday, a separate RAF emergency unfolded after a Hawk T2 jet emitted a 7700 squawk signal near Holyhead in Wales.

Later that day, a Royal Navy Wildcat helicopter issued an ’emergency’ squawk while over the English Channel.

It was unknown why the 7700 signal was transmitted, but SkyScanWorld said soon after normal service on the flight had resumed.