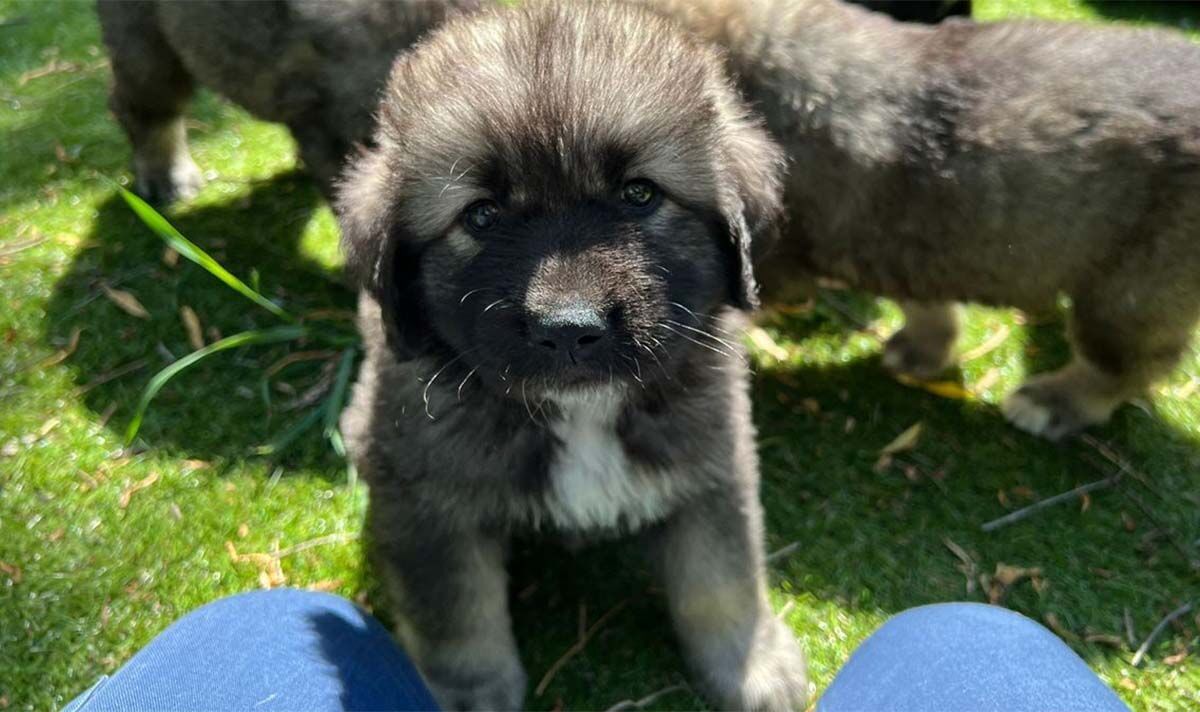 The Caucasian Shepherd is a relatively rare breed of dog in the UK. Large mountain dogs with beautiful thick fur, they are known for being gentle and loving but also highly protective. According to the Mirror, the pups are younger than three-months-old and came into the care of RSPCA Coventry through no fault of their own.

A statement on the RSPCA website reads: “They may be small balls of fluff at the moment but they will eventually grow up to be extremely large adults.”

Staff advise adopters to have thoroughly researched the breed and their behaviour traits before applying for adoption, to ensure they can offer the pups what they need.

“As they will grow up to be such big dogs, socialisation and training at an early age is essential to help them become well-rounded adults,” the statement says. “They won’t need excessive amounts of exercise but they will require a secure and private garden with 6ft fencing that they can spend time playing or relaxing in.

“Due to their big coat they don’t cope too well in the heat and they will require regular brushing to prevent them getting matted.”

The puppies could live with a fellow canine and dog-savvy cats following an introduction at the centre. They could also live with children who are used to large breeds of dog.

As they are still young and learning, they will require owners that are able to be around for most of the day, and gradually get them used to being left alone for short periods of time.

If you are interested in adopting one of these fluffy puppies, you can fill in this application form on the RSPCA website.

Another puppy looking for a forever home is eight-week-old Rupert at Helping Yorkshire Poundies. Unlucky boy Rupert is “feeling sad” after his adopters failed to turn up and take him home on his birthday.

Rupert came into the centre when he was just two days old with his mum and four brothers and sisters, Paddington, Winnie, Honey and Panda.