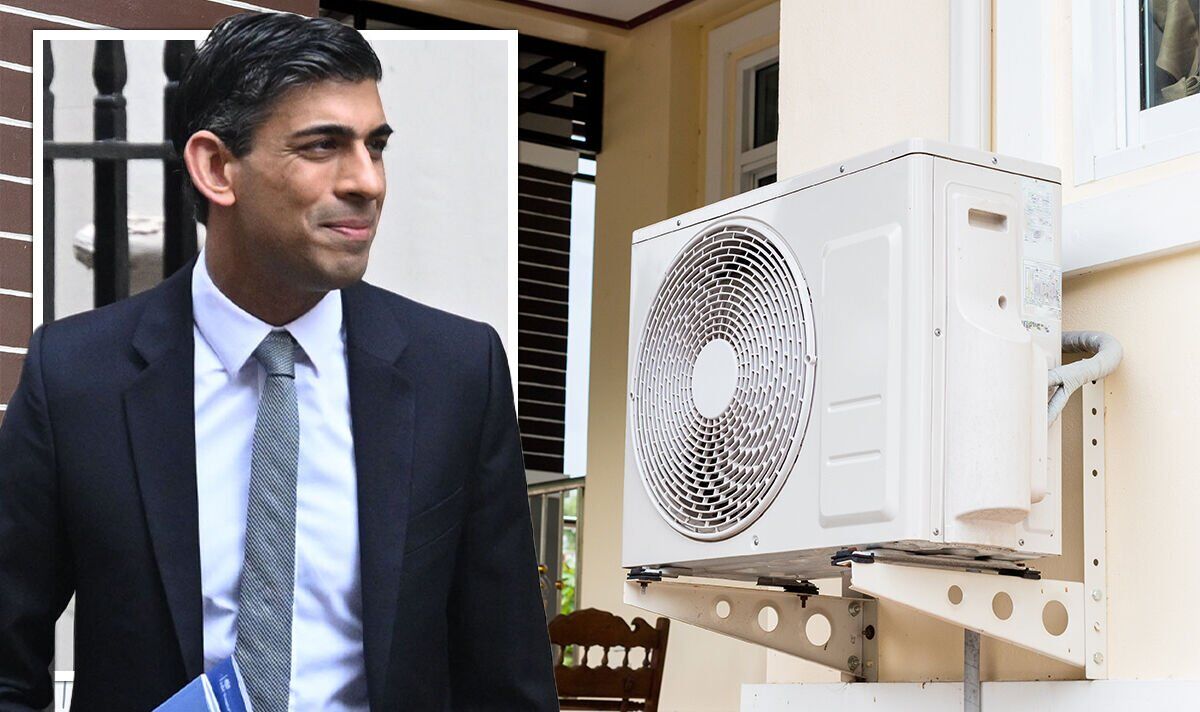 Poorly insulated and period properties may be expected to pay an additional £12,000 to ensure their pumps work efficiently.

Ministers hope to install 600,000 pumps every year by 2028 as part of their “net-zero” carbon emissions drive.

The International Energy Agency has said that gas boiler sales should cease after 2025 if the UK is to hit its net-zero target.

Currently, 85 percent of UK homes are heated by gas boilers, with 1.5 million installed each year — more than any country in Europe.

In a poll that ran from midday on Wednesday, May 11, to 3pm on Thursday, May 12, Express.co.uk asked: “Should the government pay to replace all boilers with heat pumps?”

A total of 2,130 people cast their votes with the vast majority – 67 percent (1,423 people) opting for “yes”, in favour of the Government funding the replacement of gas boilers with heat pumps.

Meanwhile, 32 percent (684 people) said “no” the Government should not pay and a further one percent (23 people) said they did not know.

In the comments it was clear readers did not want to purchase their own heat pumps.

Username LeeU said: “I don’t think the Government should pay for it but neither do I thin

k it should be mandated to install them in older houses either.

“I believe the homeowner should have the choice of what they install, providing they meet the efficiency requirements at that time.”

Others commented that if the Government wanted to scrap gas boilers then they should be expected to pay for the replacement.

One user, capt cleg wrote: “They want them, they insist on them, they pay for them.”

Username Ter Minator said: “If any government wants to scrap something i.e. gas boilers, then they should pay the full costs of the replacement i.e. heat pumps, if they do not then the people should resist and keep their gas boilers.”

Some readers expressed concern over the price of heat pumps and running cost, with electricity costing four times as much as gas.

Andy Kerr, founder of boiler installation experts BOXT, said: “It is a complex installation and usually requires the whole of the central heating system to be replaced, which is naturally very expensive.

“Even with the new grants available via the Boiler Upgrade Scheme, it will have a significantly larger upfront cost than a gas boiler.”

Username L@mb0 said: “These heat pumps are way beyond most people’s means.

“The Government cannot insist on these being installed if the majority cannot afford them.”

And username mary05 said: “Why would anyone spend this amount of money to buy this and have it fitted.”

Heat pump manufacturers are also sceptical about scrapping gas boilers with technical director at Viessmann Christian Engelke saying “heat pumps are not the only game in town”.