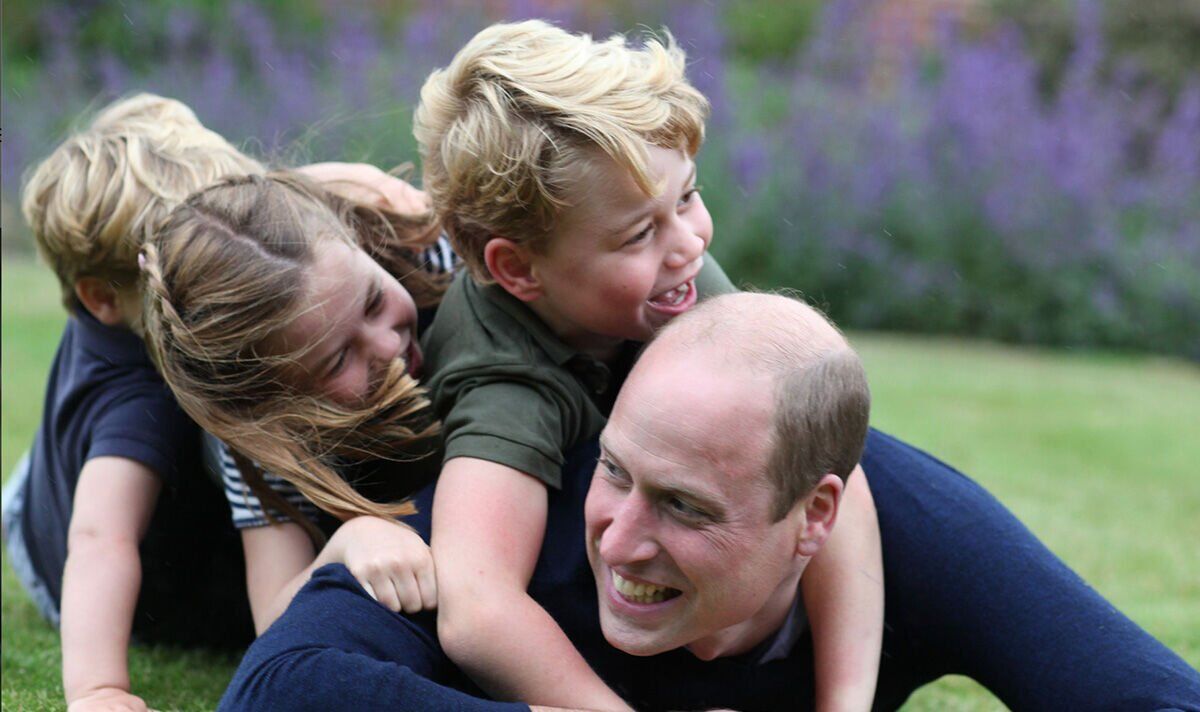 Prince William “is like a lion” when it comes to protecting his three young children, according to Robert Jobson. The commentator claimed the Duke of Cambridge once confronted a photographer after spotting him around Sandringham whilst on a bike ride with Prince George, Princess Charlotte, and Prince Louis. Mr Jobson suggested Kate, the Duchess of Cambridge helped temper out the “odd man mood” taking over the Duke when it comes to protecting their children’s privacy.

Speaking to True Royalty’s The Royal Beat, he said: “When it comes to his family, he is a lion.

“He was out on the Sandringham estate when they were all having a bike ride.

“A photographer was seen, the cameraman didn’t have his camera out, but William went steaming over and really ripped him off and told him what he thought, and the police moved him on.

“He is fiercely protective of his children and that’s right. Everyone has their moments.”

He added: “You can’t be this perfect couple all the time in public.

“I think she [Kate Middleton] is the perfect foil to that having known him for 20 years.

“You can pretty much deal with the odd man mood.”

She continued: “A masterstroke that William and Kate or their advisors came up with was to utilise Kate’s passion for photography.

“And so she decided that she would take her own pictures of the children and then these will be released to the papers and to the wider public.

Ms Andrews added: “This is not some formal portrait of the Queen or Charles when they were growing up. This is a new, relatable form of royalty.”