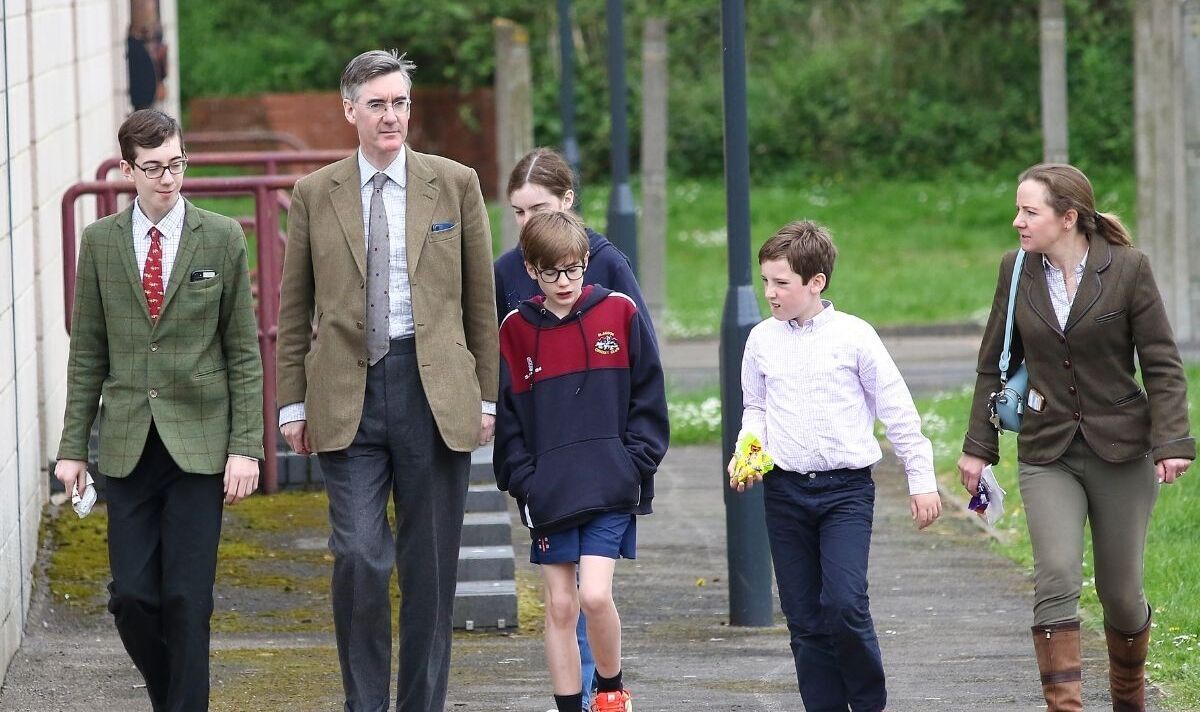 A father-of-six, Mr Rees-Mogg took his family to see the new Downton Abbey film in Bristol. Onlookers claim he even stood up to salute God Save The King during the screening in Hengrove Cineworld. Mr Rees-Mogg, 52, his wife Helena de Chair, 45, and three of their children travelled in a £20,000 1968 T-Series Bentley.

One of the children spotted was Peter Theodore Alphege, who has earned the affectionate nickname “mini-Mogg” for emulating his father’s clothing style.

He told The Spectator: “My oldest car is 1936 so all that carbon was done a long, long time ago.

“The running of them is less than the carbon inputs to create them.

“So, I am enormously environmentally friendly by driving old Bentleys.”

The assertion was quickly rebuked by experts, with policy director at the independent think tank Green Alliance Dustin Benton saying it was “very bad for air quality because old cars have no emissions control equipment.”

Nick Molden of Emissions Analytics added to the Mirror that “ the emissions may be orders of magnitude higher than newer vehicles.

“Therefore, we can say with confidence that replacing the Bentleys with a new vehicle would be better for air quality.”

The experts did add the North East Somerset MP was doing some good for the environment, however, by keeping old cars rather than buying new ones.

Following his death in 1989, Gubby’s papers went on sale at an auction attended by Mr Rees-Mogg’s father, a former Editor of The Times and a collector of rare books.

The father then contacted the now-MP, who was 23 at the time, to ask about a potential purpose.

In a 2016 interview, Mr Rees-Mogg said: “Neither my father nor I knew anything about cars, but we dutifully looked under the bonnet and there was an engine there but beyond that, our technical skills were not very great.

“I bid for it and got it and then realised that enjoying the car was probably going to cost almost as much as buying it.”