Skip to content
HomeNewsReturn of the ‘bum-breather’! Turtle found by Steve Irwin detected after 25 year absence 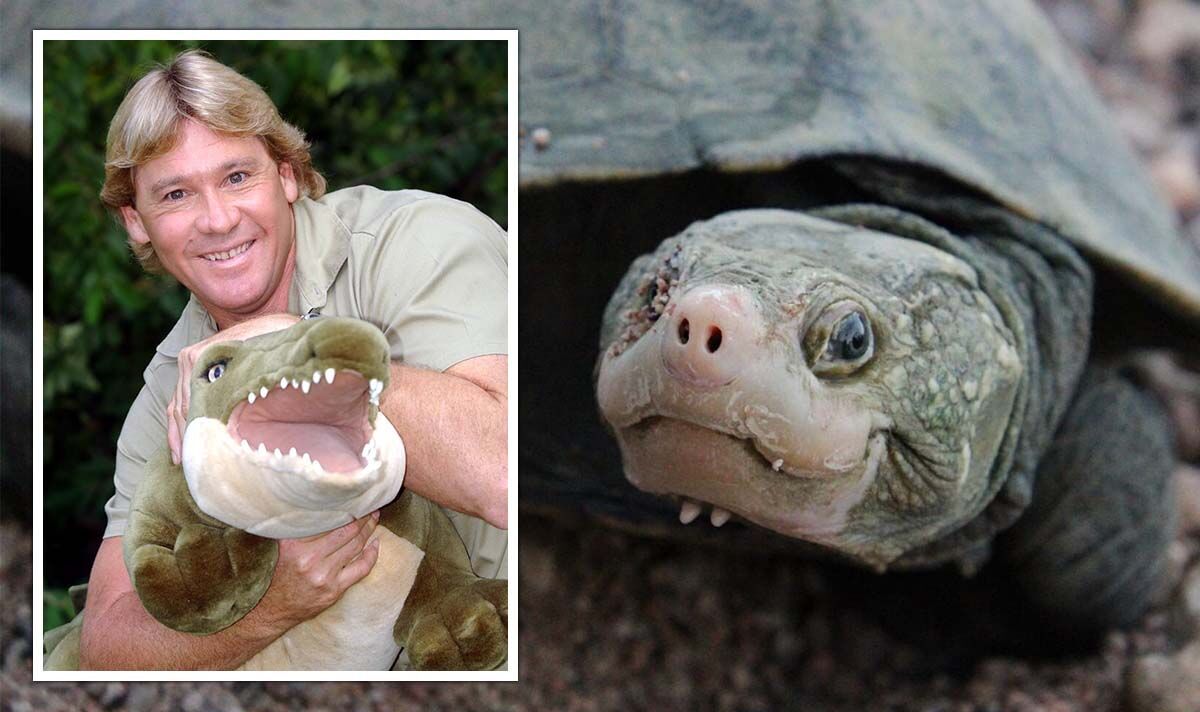 The turtle was first discovered in the lower Burdekin River in northern Queensland, Australia, by the late Steve Irwin and his father, Bob, during a crocodile-catching trip back in 1990. Irwin’s turtle (Elseya irwini) are distinguished by their sturdy skull and the fact that the females of the species have a pale colouration thanks to a dearth of multiple pigments. Notably, however, it has the remarkable ability — shared with a few other freshwater turtle species — to be able to breathe underwater by taking water into its cloaca. In birds, reptiles and amphibians, this rear orifice serves as the outlet of the intestinal, urinary and genital tracts, and in Irwin’s turtle contains gill-like structures that are capable of absorbing oxygen, allowing it to stay submerged for longer.

While Irwin’s turtle is commonly found elsewhere in Queensland — in Broken River and Bowen Creek — it has not been seen in the lower Burdekin River for some 25 years, and had been thought to have disappeared from the area.

According to ecologists Professor Damien Burrows and Dr Cecilia Villacorta-Rath of the James Cook University in North Queensland, the turtle’s disappearance was thought to have been caused by changes to the ecosystem.

These stemmed from the construction of the Burdekin Falls Dam in the late eighties, which increased the river’s turbidity.

Professor Burrows said: “Until this rediscovery, we didn’t have any formal records to prove that the Irwin’s turtle was still living in the lower Burdekin River.

“It’s reassuring to know they are still living there.”

Conventional surveys of the lower Burdekin were hindered by one of the river’s other, more dangerous, denizens.

Prof Burrows added: “Previously, it’s been very difficult to sample for the Irwin’s turtle because they only live in places where there are crocodiles, or in upland tributaries which are very hard to access.

“They also don’t come into traps easily and the water they are living in in the Burdekin isn’t clear so you can’t put in underwater cameras to see them.”

To overcome these hurdles, the team instead analysed water samples for so-called environmental DNA, or eDNA, which is shed by animals into their surroundings.

According to Dr Villacorta-Rath, it was not possible from the eDNA samples alone to determine the ages of the turtles living in the river — and, by extension, get an idea of the status of the population — but, nevertheless, the results were potentially game-changing.

She added: “We don’t know anything about the demographics of this population.”

“But the fact we have found their eDNA now, despite the dam being built in the 1980s, could point to adult Irwin’s turtles being able to survive in these more turbid water conditions.

“This rediscovery has now challenged the previous hypothesis that the species could not survive in these conditions.”

This revelation will inform the Australia government as it evaluates a new proposal to build a dam in the upper reaches of Broken River, at Urannah Station.

The full findings of the study were published in the journal BMC Ecology and Evolution.