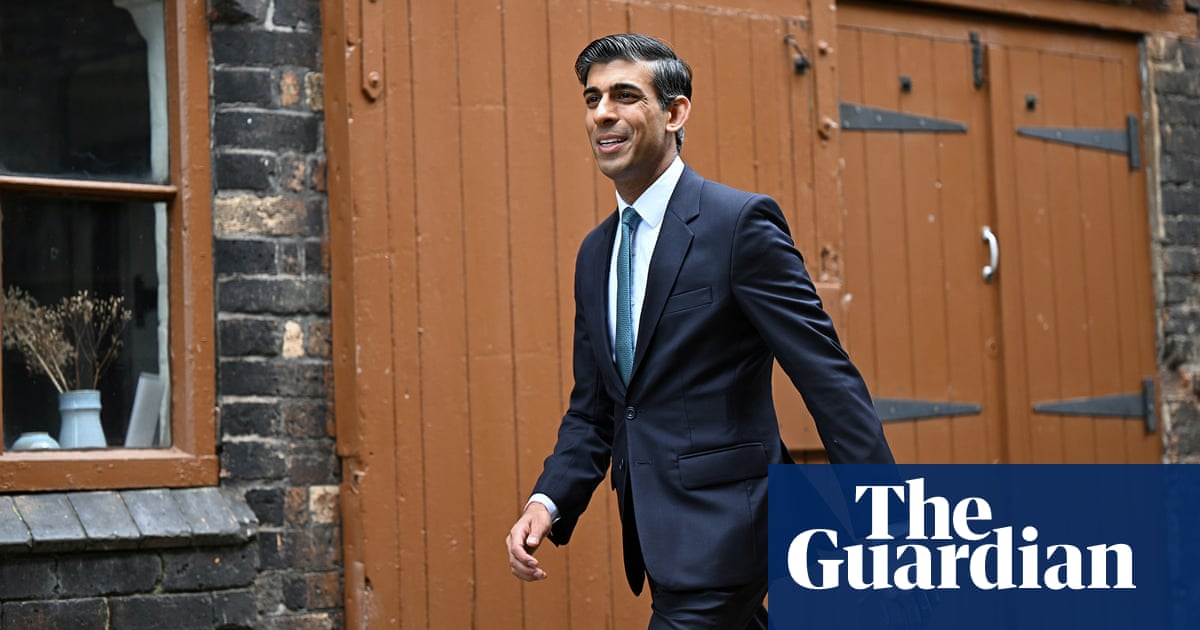 Rishi Sunak has insisted he is “pragmatic” about the idea of a windfall tax on energy companies, claiming “no options are off the table” in the clearest sign yet that the government is planning measures to tackle the cost of living crisis.

Labour has been calling for a windfall tax on oil firms, which have benefited from rocketing global prices, with the shadow chancellor, Rachel Reeves, suggesting the proceeds be used to cut domestic energy bills.

Sunak and Boris Johnson had previously suggested such a tax would disincentivise investment in the North Sea.

They appear to be warming to the idea, however, amid intense pressure to do more to help hard-pressed households weathering surging inflation. It is understood Treasury officials are working up possible options.

Sunak told the BBC in an interview on Thursday that he was “not naturally attracted to windfall taxes in general” but was “pragmatic about it”.

“These companies are making a significant amount of profit at the moment because of these very elevated prices,” the chancellor said. “What I want to see is significant investment back in the UK economy to support jobs, to support energy security, and I want to see that soon. If that doesn’t happen then no options are off the table.”

Bernard Looney, the chief executive of BP, said at the company’s annual meeting in London on Thursday that a windfall tax could discourage investment in the UK – though he said it would not affect BP’s immediate plans.

“By definition windfall taxes are unpredictable – and so would challenge investment in home-grown energy,” he said.

BP was planning £18bn of investments in the UK over the next eight years, which he said were not contingent on whether or not there was a windfall tax. “We’re also backing Britain because it is a great place to invest your money,” he added. “We would love to invest even more – and one of the key foundations of any such decisions will be a stable fiscal environment.”

He said BP’s UK tax bill would “rise four to five times this year – to well over £1bn”, arguing “we rightly pay higher taxes” due to higher oil prices and profits.

Looney refused to say whether he had spoken directly to the prime minister regarding a windfall tax. Asked why he had commented publicly, he said: “We wanted to put our position on the record.”

Sunak had already hinted at a shift in his position in a Mumsnet interview last week. The business secretary, Kwasi Kwarteng, is known to be less enthusiastic, however, saying: “I think it discourages investment.” An aide said Kwarteng remained opposed to windfall taxes in principle.

Johnson appeared to echo that view on Thursday, telling LBC radio: “The disadvantage with those sorts of taxes is that they deter investment in the very things that they need to be investing in – new technology, new energy supply.” He did not rule out such a measure, however.

The shadow environment secretary, Ed Miliband, said: “The case for a windfall tax on the oil and gas giants making record profits whilst energy bills spiral for working people has been clear since Labour first proposed it in January. The Conservatives have opposed it at every turn. Now, as their excuses are wearing thin, we hear that they are finally considering it. But how much more time does this government need to make up its mind, whilst the British people suffer?”

The chair of Tesco, John Allan, added his voice to calls for a windfall tax earlier this week, as did the senior Conservative backbencher Robert Halfon.

Allan said: “I think there’s an overwhelming case for a windfall tax on profits from those energy producers, fed back to those most in need of help with energy prices. I think that would be the single biggest thing that could be done.”

Sunak’s spring statement in March included several significant tax cuts, including an increase in the national insurance threshold that partly offset the impact of the health and social care levy.

But he was criticised for failing to do enough for the poorest people. A recent survey by the Food Foundation thinktank found that more than 2 million adults had gone without food for an entire day in the past month because they could not afford to eat.

Sunak has said he wants to wait until the Treasury has more information about how sharply energy prices are set to rise in the autumn before taking more action. But he dropped a hint on Thursday that new measures were coming, telling Sky News he was “ready to do more”.

“I know these are anxious times, and because the challenges we face are global in nature, I can’t just make them all disappear. But where we can make a difference, of course, we are, and that’s why we’re investing billions of pounds already to support families and businesses through some of the challenging times ahead,” he said.