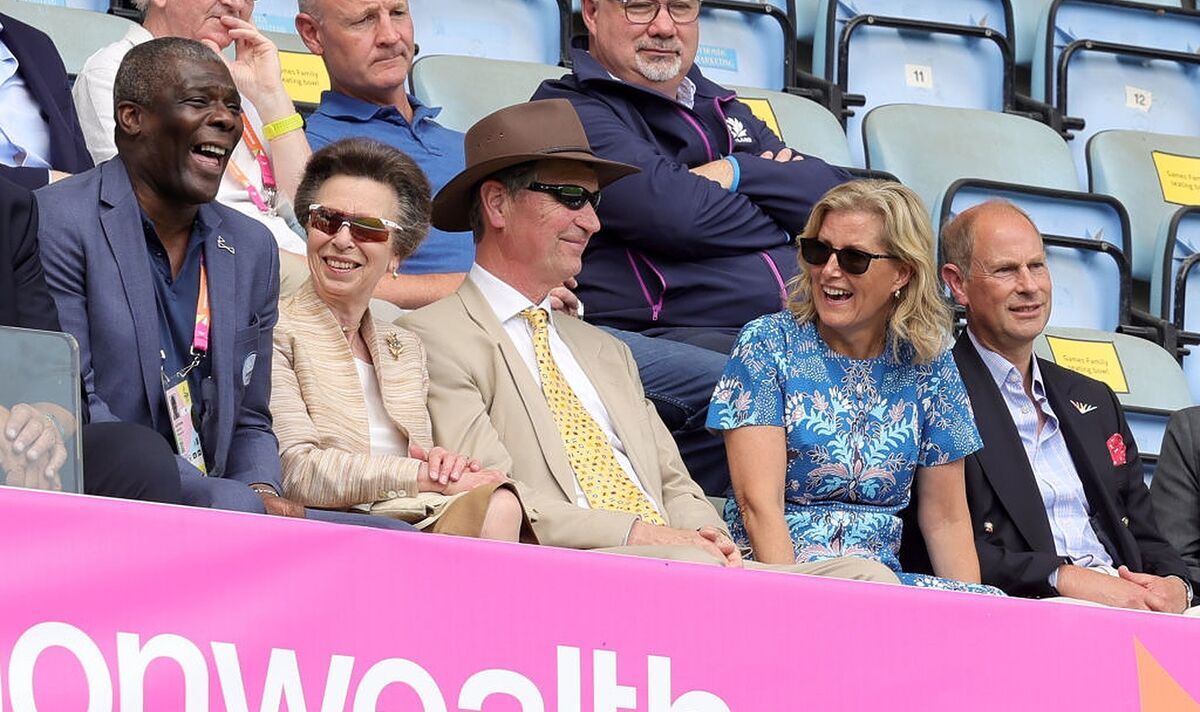 The 57-year old royal was seen enjoying the Commonwealth Games at Birmingham along with her husband Prince Edward, Princess Anne and Vice Admiral Sir Tim Laurence. Last night, Edward and his wife joined Prince Charles and the Duchess of Cornwall at the opening ceremony.

Royal fans were in awe watching the Countess of Wessex enjoying the game with other Royal Family members.

A user, Donna Darnell, tweeted: “The Princess Royal is so elegant, always beautifully and classically dressed.”

A third user Carol tweeted: “Nice to see them all out together.”

Meanwhile another user commented: “She looks fabulous …I love that dress and also her wedges.”

Others gushed over the Countess’ stunning dress: “Classic Sophie, her style indeed.”