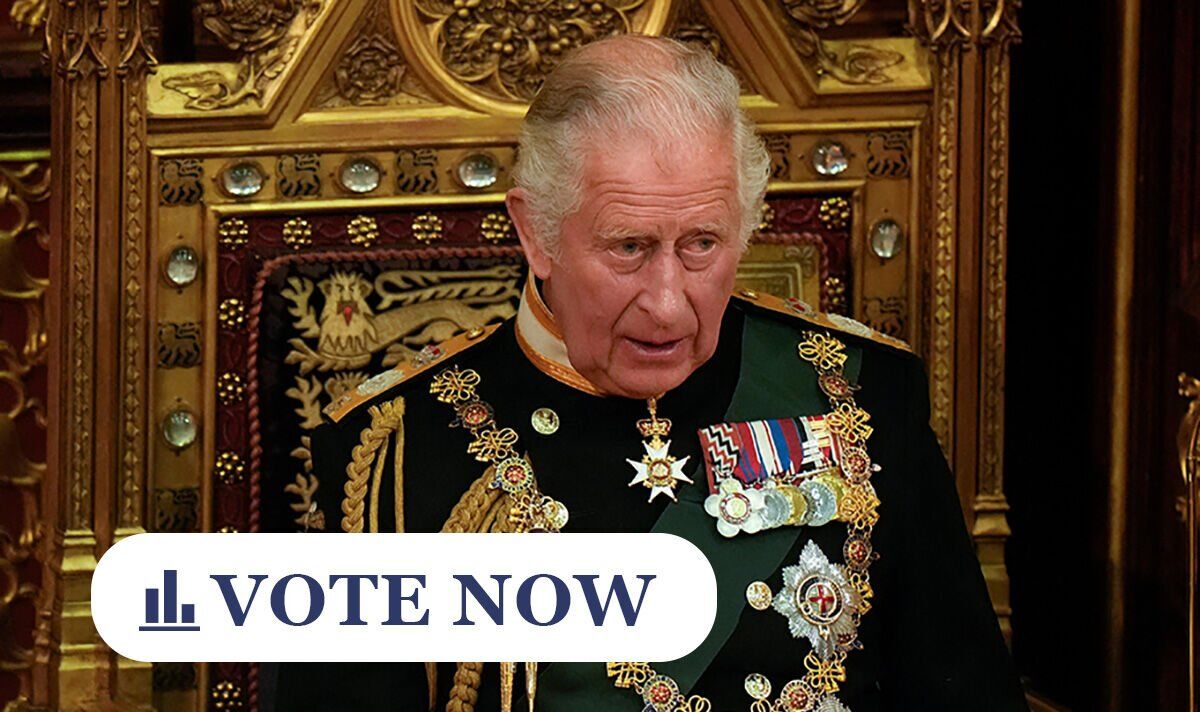 The Queen made an unprecedented move by asking Prince Charles and Prince William to take her place for the State Opening of Parliament on Tuesday, May 10. The 96-year-old monarch has only missed the key state event twice, both while she was pregnant.

In these instances, a Lords Commissioner stood in for the monarch rather than another member of the Royal Family.

Charles and William’s attendance in place of the Queen has been described as a significant shift in the monarchy and hints at a transition toward the Prince of Wales taking over responsibility.

Former royal editor at The Sun, Duncan Larcombe, has claimed that the Queen’s absence from the State Opening of Parliament has “changed everything” and Charles could be acting as regent “within a year”.

He told The Daily Beast on Tuesday, May 10: “My understanding is that there is nothing catastrophically wrong, [the Queen] just is 96, and I suspect, for all the palace’s denials, that Charles will actually be officially installed in some kind of regency capacity within a year.

“Tuesday changed everything. The Queen really has no option if she is continually unable to perform her role as head of state.”

He added: “It’s one thing not being able to go to an engagement in Glasgow for a climate summit, but if she is now apparently incapable of doing standard, core jobs as head of state, then I think they will have to remove her, by consent of course.”

The Queen has been forced to pull out of several engagements recently due to her health and mobility issues.

Charles has taken the place of his mother in her absence at events including the COP26 climate summit and Maundy traditions – meaning Charles is said to be regent in everything but name.

Dr Ed Owens, royal historian and author of The Family Firm, said last month: “Clearly, Elizabeth II’s health is steadily deteriorating and it sounds like her recent Covid infection has not helped matters.

“Therefore it is only natural that more and more of her work is transferred to her son and heir, Prince Charles, who has, over the course of the last five years or so, essentially become an unofficial regent.”

The Regency Act 1937 states that the monarch’s duties will be carried out by a regent if the monarch is declared to be “by reason of infirmity of mind or body” incapable of performing royal functions, or if there is “evidence that the Sovereign is for some definite cause not available for the performance of those functions”.

If the Regency Act was introduced, Charles would likely be named Prince Regent.

So what do YOU think? Would you accept King Charles as regent for the Queen this year? Vote in our poll and leave your thoughts in the comment section below.