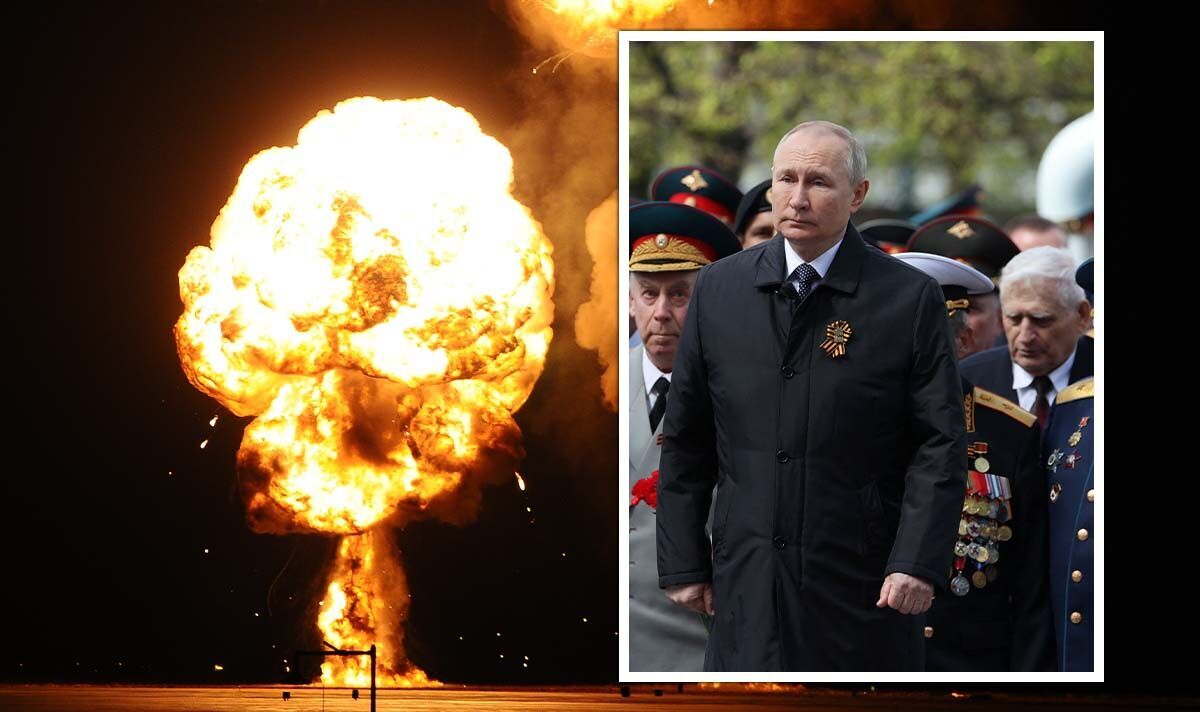 NATO has stood firm in its support for Ukraine ever since Russia launched its brutal invasion back in mid-February. Members of the military alliance have shipped thousands of weapons to help the Ukrainian army in battle. And in April, NATO agreed to supply new types of advanced weaponry to the country to prepare for the siege Russian offensive in eastern Ukraine.

Deputy Chairman of the Security Council of Russia Dmitry Medvedev said this NATO support will make a direct conflict between the alliance and Moscow more likely.

He also warned that this could even result in a full-blown nuclear war.

Mr Medvedev said: “First, the pumping of Ukraine by NATO countries with weapons, the training of its troops to use Western equipment, the dispatch of mercenaries, and the conduct of exercises by the countries of the Alliance near our borders increase the likelihood of a direct and open conflict between NATO and Russia instead of their ‘war by proxy’.

“Second, such a conflict always has the risk of turning into a full-fledged nuclear war.

“Third, this will be a catastrophic scenario for everyone.”

This comes as NATO looks set to welcome Finland and Sweden as new members in a move that has appeared to rub Moscow the wrong way.

The Kremlin warned it “will be forced to take retaliatory steps, both of a military-technical and other nature” if the Nordic NATO plans materialise.

Moscow has also warned that this will pose a risk to security in Northern Europe in a horror threat.

Russia’s foreign ministry added: “Finland’s accession to NATO will cause serious damage to bilateral Russian-Finnish relations and the maintaining of stability and security in the Northern European region.”

It continued: “Russia will be forced to take retaliatory steps, both of a military-technical and other nature, in order to neutralise the threats to its national security that arise from this.”

Sarmat missiles will reportedly be based in the Siberian town of Uzhur, in the Krasnoyarsk region, about 3,000 kilometres (1,864 miles) east of Moscow.

The head of Russia’s space agency, Dmitry Rogozin, told Russian state-controlled TV: “This is a missile that is much more powerful than other strategic weapons, including the Minuteman-III missile, which is in service with the United States.

“Both in terms of global reach and the power of warheads that can be delivered to the territory of an aggressor.”