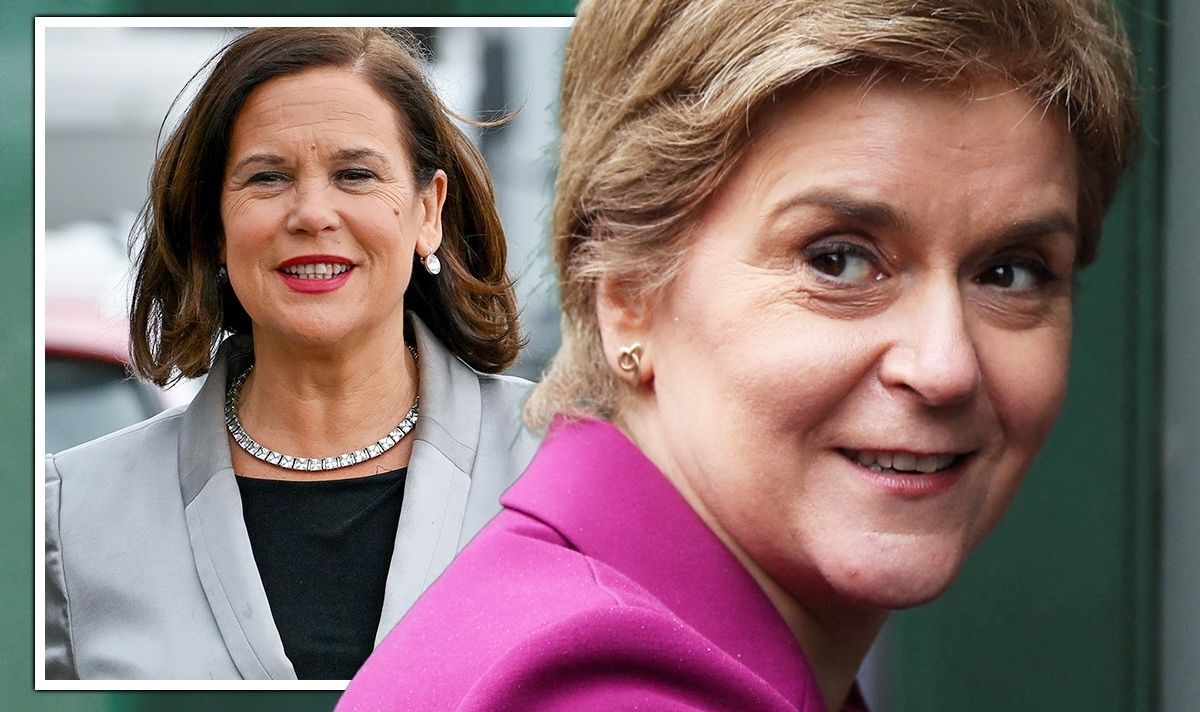 The party, which is seeking a reunified Ireland, won the majority of the seats in the Northern Irish parliament for the first time in a century. The Scottish First Minister congratulated the party’s win as indyref2 supporters claim “the UK is over”.

Republican party Sinn Fein has become the biggest party at Stormont for the first time after it gained 27 seats in the Northern Ireland Assembly election, pushing the DUP into second place.

The results published on Monday means Sinn Fein vice president Michelle O’Neill will be entitled to become first minister, an unprecedented move for a nationalist. The vote “ushers in a new era,” she said.

“I wish Michelle and her colleagues – and all Northern Ireland’s elected representatives – the very best for what comes next and hope to see the NI government functioning again soon.”

Leader Mary Lou McDonald responded to Ms Sturgeon’s tweet, writing: “Many thanks @NicolaSturgeon
Big challenges and opportunities ahead. Best wishes to you and the Scottish people from the Emerald Isle. #Míle Buíochas”.

The win has given some Scottish nationalists hope that an independent Scotland could be seen in the future, as fans took to social media to praise the historic victory.

Michelle McGuigan commented on the minister’s post, saying: “I never thought I would see the day that a United Ireland looks more likely than an Independent Scotland!!! But honestly, in Scotland, we need to be moving forward. We need the referendum ASAP!!! I really hope Nicola can be as brave Mary Lou and Michelle”.

User Kiran Nolan said: “I can’t stop smiling republican dreams are now not a dream, a 32 county Ireland will come but we shouldn’t push too hard till we strengthen positions in the police in government, and be proud to say you’re a republican, and bring a better life to the population,Mary lou, thanks”.

READ MORE:No interest at all’ Lib-Dems rules out Tory coalition in next election

One Twitter user commented on Ms Sturgeon’s post telling her to “make a move” and claiming it is “time for Scotland to be European again”.

Similarly, Paul McGovern, called on the First Minister to take action, as he said: “Absolutely Nicole and you’ve a responsibility to your own people for the same freedom”.

A separate exclaimed: “THE UK IS OVER”.

After her milestone win, Ms McDonald had a message to her fans and unionists who may have felt uneasy about the result, saying: “Don’t be scared. The future is bright for all of us”.

Social media user Richard Bates responded to her message, saying: “THANK YOU! This is a message we ALL need to hear right now, and we aren’t receiving it in England”.

DON’T MISS:
Top Tory mayor: We need to double down on levelling up [INSIGHT]
Boris ‘will be forced to resign’ if Starmer quits over beergate [COMMENT]
Priti Patel ambushed by protesters over Rwanda scheme [ANALYSIS]

Welsh user, Brandon Ham, pondered: “Ireland is on the path to reunification, Scotland edging closer to independence. What’s next for us in Wales? Do we become the west of England? Or, an independent, thriving Wales, progressive and welcoming to all those who choose to call Wales home? I know what I’d rather.”