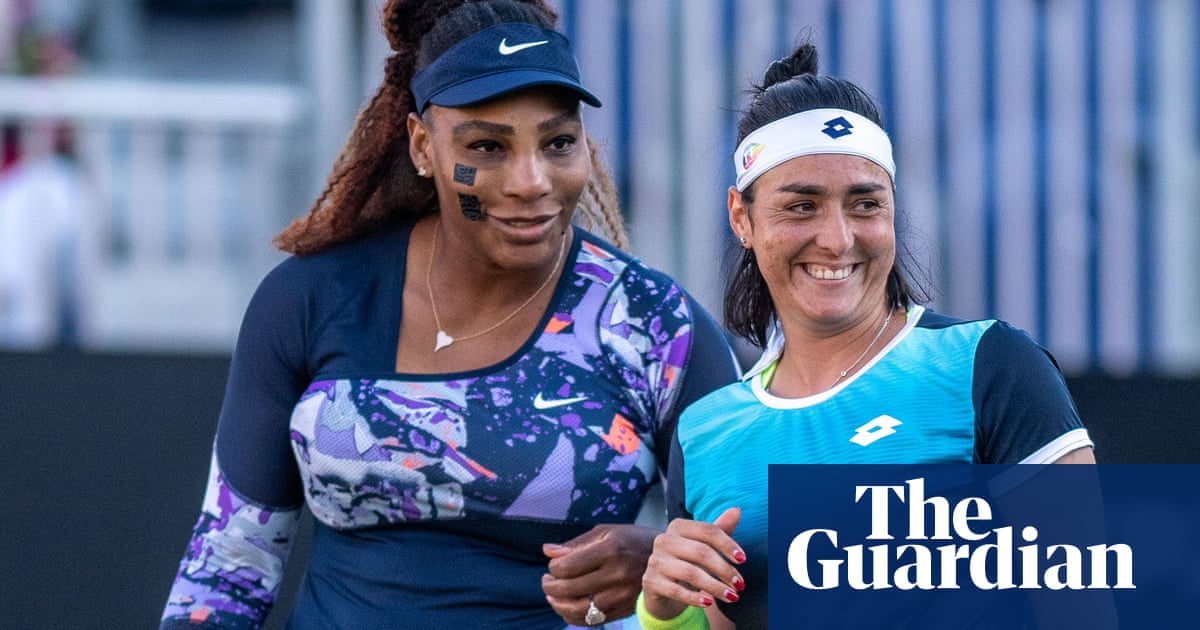 The joyful return of Serena Williams in Eastbourne lasted for another day as she and Ons Jabeur reached the doubles semi-final by outclassing Shuko Aoyama and Chan Hao‑ching 6-2, 6-4.

Having shaken off rust and nerves respectively, Williams and Jabeur got to work and played extremely well. The pair served exceptionally, with Williams even slamming down three consecutive aces from a 15-40 deficit.

“I think we played together much better today,” said Williams. “Although I thought we played really good together yesterday, too. Ons really held me up today, she was really playing so good. I was looking at her like, ‘Wow, this is great.’”

Williams is currently ranked 1024 in singles due to her 51-week layoff and Jabeur will rise to a new career high singles ranking of No 2 next week, surpassing Amanda Coetzer as the highest-ranked African singles player ever.

Despite being in different parts of their careers, the two trailblazers have slotted seamlessly together, both on and off the court, with Williams announcing their team name as “Onsrena”. They will face Aleksandra Krunic and Magda Linette next. “I’m getting used to this, really,” said Jabeur, smiling.