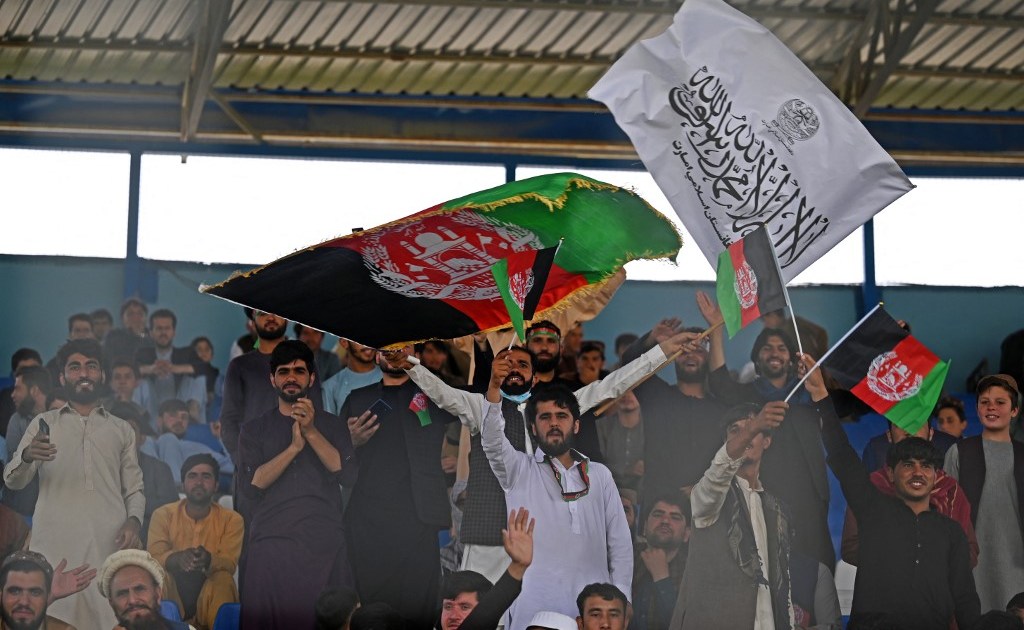 Four people wounded in the blast in Kabul which forced the T20 match to be halted temporarily, police and officials say.

An explosion went off in Kabul’s main cricket stadium during a game on Friday, wounding four spectators and briefly halting the game, officials and police have said.

The blast happened at a match between Pamir Zalmi and Band-e-Amir Dragons in the country’s domestic T20 league, held at the Kabul International Cricket Stadium.

A spokesman for the Kabul police said that the explosion was caused by a grenade.

“The match stopped for a while. After clean-up of the area the match restarted,” the spokesman, Khalid Zadran, told the Reuters news agency.

“The players, staff members and foreigners are all safe,” he said on Twitter, without offering details.

A top United Nations official, Ramiz Alakbarov, who was present at the stadium condemned the “atrocious attack”, a UN statement said.

“Today’s blast is yet another harrowing reminder of the terrifying and sudden violence that the population in Afghanistan continues to be exposed to,” Alakbarov, UN Humanitarian Coordinator for Afghanistan, said in a statement.

Friday is a weekly holiday in the country and a sizeable crowd had gathered to watch the match.

This year’s edition of the Shpageeza Cricket League, its eighth season, is the first such tournament since the Taliban seized power in August last year.

Its eight teams have many players from the country’s national team.

Cricket is a hugely popular sport in Afghanistan, with the country’s national team continuing to do well on the international stage despite limited resources and instability at home. A number of Afghans are ranked among the top players in the world.

While levels of violence in Afghanistan have fallen since the Taliban’s takeover, the ISIL (ISIS) group has carried out several bombings and gun attacks in recent months.

The Taliban have said that they have secured the country since taking power last August and largely eliminated the ISIL’s local offshoot, but international officials and analysts have said the risk of a resurgence in attacks remains.

Many of the assaults have targeted the Shia religious minority. Sunni mosques have also been attacked.