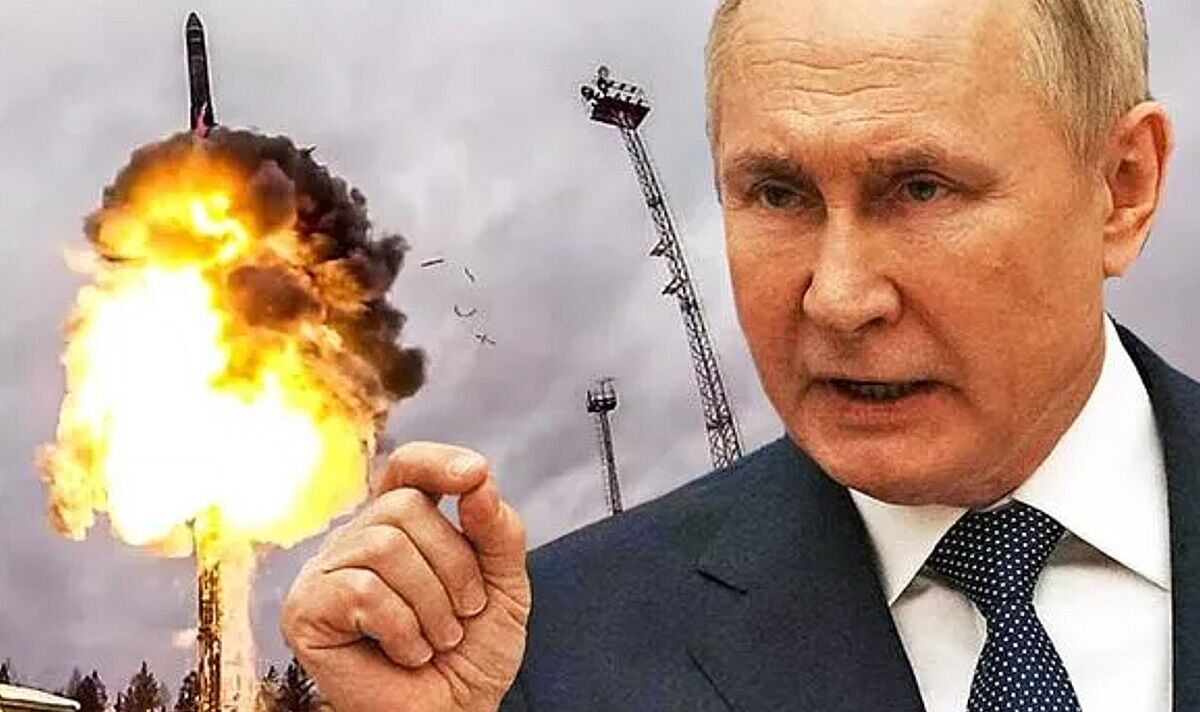 Russian President Vladimir Putin put his nuclear arsenal on “high alert” two days after he launched his invasion of Ukraine in February, sparking fears of a potential nuclear confrontation with the US and other NATO members. But McCain Institute executive director Evelyn Farkas warned Russia would be “signing their own death certificate” if they attempted to use nuclear weapons. Speaking to CNN, Ms Farkas said: “This is actually designed to test, in part, our resolve and the transatlantic cohesion.

“Or the transatlantic-transpacific, because we have allies from the Pacific involved as well.

“So it does demonstrate weakness, it demonstrates that Vladimir Putin is trying to also assess going forward how much assistance the Ukrainians are going to receive.

“President Biden has responded to this nuclear saber-rattling amazingly with this huge package of assistance.”

“And the Russians have to take that into consideration.

“Yes, right now the Ukrainians are still somewhat vulnerable because that equipment and assistance isn’t there, it’s all there yet, so they’re in a moment of most vulnerability. Going forward they will be increasingly stronger.

“And this nuclear business is frankly not only irresponsible but also doesn’t make sense because we have deterrents, we also have nuclear forces at every level.

“If Russia want to go there, then they will be signing their own death certificates.”

He was referring to a joint statement published in January by Russia, China, Britain, the US, and France, in which the five countries – which are the permanent members of the United Nations Security Council – agreed that the further spread of nuclear arms and nuclear war should be avoided.

He reportedly said: “The risks of nuclear war, which should never be unleashed, must be kept to a minimum, in particular through preventing any armed conflict between nuclear powers.

Foreign Minister Sergei Lavrov said the West should not underestimate the elevated risks of nuclear conflict over Ukraine, although Washington subsequently said it did not believe there was a threat of Russia using nuclear weapons despite an escalation in Moscow’s rhetoric.