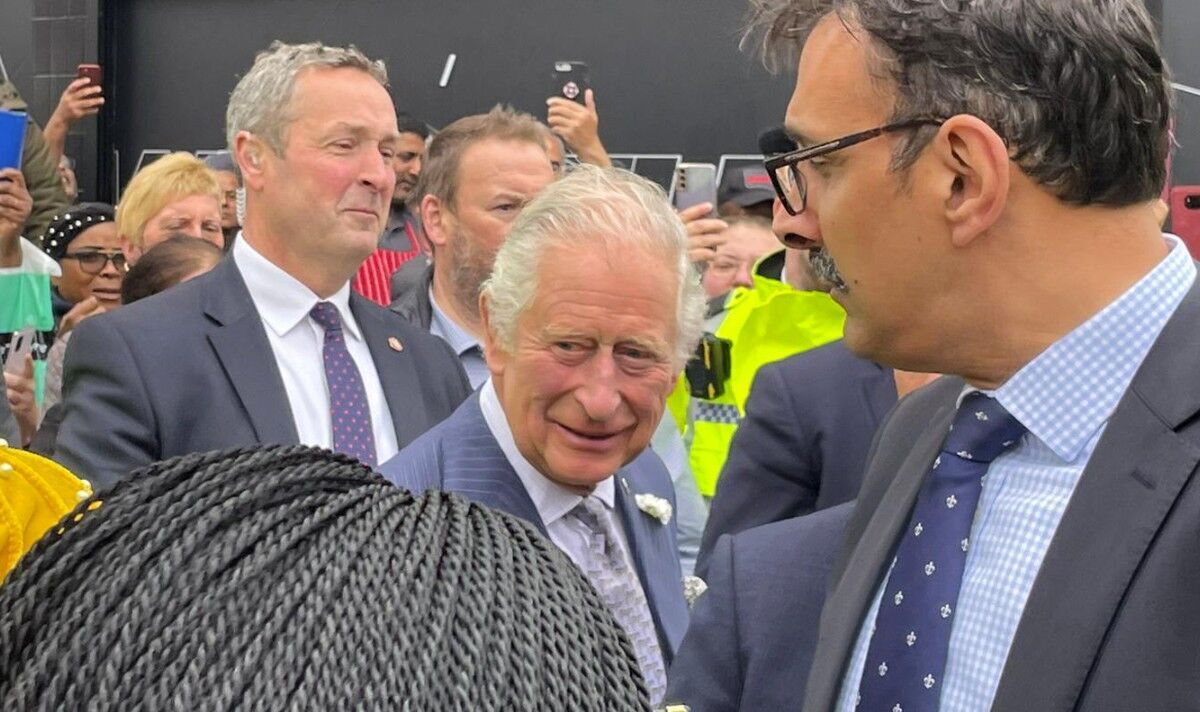 The Prince of Wales was in high spirits as he was spotted in London with Chancellor Sunak. During an improvised walkabout through East Street Market in Walworth Road, Prince Charles was asked how this more relaxed engagement compared with his appearance in Parliament on Tuesday.

The heir to the throne chuckled to himself and replied: “Slightly different!”

Prince Charles and Mr Sunak smiled and exchanged a few words with some of the 50 people who stopped for them after they were seen leaving one of the JD Sports branches.

While the Prince of Wales was met positively by the crowd, one woman appeared critic of the Chancellor, as she shouted: “Where is the help for the cost of the living?”

This engagement came after the Prince of Wales stepped in for his mother on Tuesday and delivered the Queen’s Speech in the Houses of Parliament for the first time.

Prince Charles replaced Her Majesty after Buckingham Palace announced the monarch would have to pull out of one of her most important constitutional duties due to mobility issues.

A statement shared on Monday evening read: “The Queen continues to experience episodic mobility problems, and in consultation with her doctors has reluctantly decided that she will not attend the State Opening of Parliament tomorrow.

The Prince of Wales delivered the speech in his role of Counsellor of State, and was accompanied to Whitehall by another Counsellor, Prince William, and his wife the Duchess of Cornwall.

To stress he was carrying out the speech on behalf of the Queen, the monarch’s throne had been removed from the chamber.

The 96-year-old sovereign was represented by the presence of the Imperial Crown.

Her Majesty had only missed this key ceremony two other times during her seven-decade-long reign – first, in 1959, while she was pregnant with Prince Andrew and once again in 1963 while expecting Prince Edward.

On both occasions, the speech was read by the incumbent Lord Chancellor.