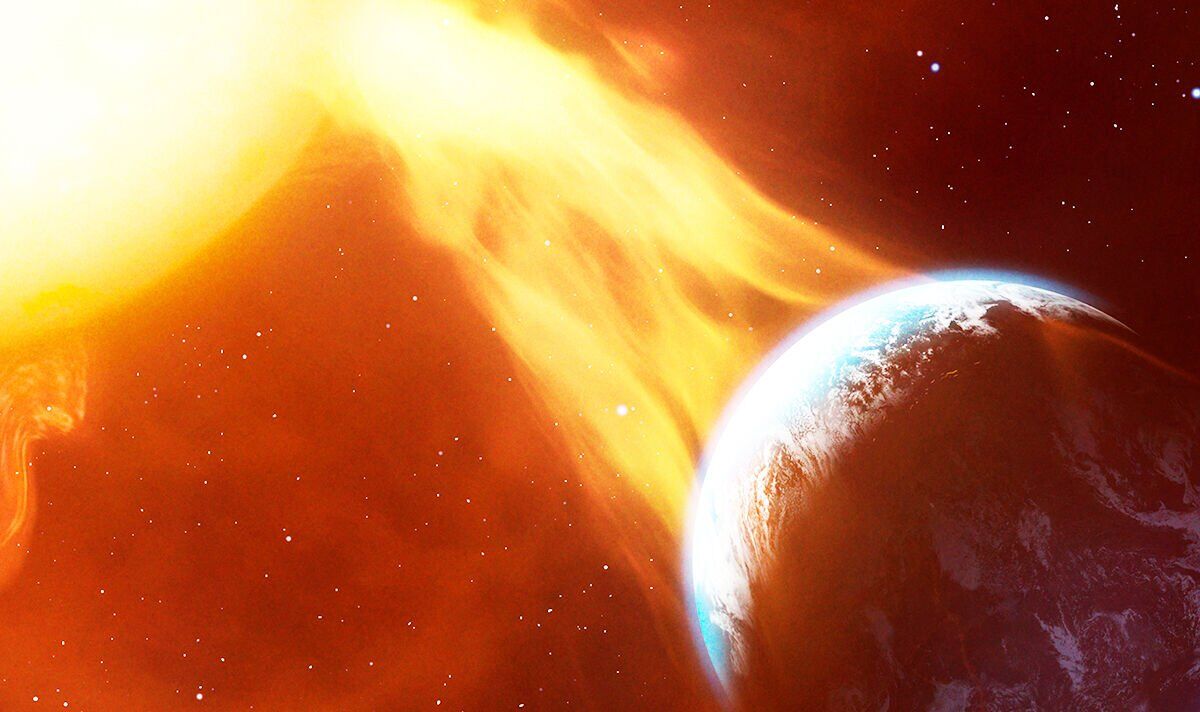 A huge eruption of filament from the Sun’s outer layer on May 7 has shot out an alarming coronal mass ejection (CME) that is set to strike Earth’s magnetic field, which could spark solar storms once it arrives. A CME is a huge bubble of plasma shot out from the Sun which contain billions of tons of fast-moving solar particles as well as the magnetic field that binds them.

NOAA analysts have warned that the incoming CME might deliver a “glancing blow” to Earth’s magnetic field on May 10, with possible minor geomagnetic storms a potential consequence of the rapid solar wind’s impact.

Space weather experts at Spaceweather.com report: “A magnetic filament on the sun erupted May 7th, hurling a CME into space.

“NOAA analysts say it might deliver a glancing blow to Earth’s magnetic field on May 10.

“This is a low confidence forecast. Minor geomagnetic storms are possible if/when the CME arrives.”

US Space Weather Center (SWPC) ranks solar storms on a scale of “G1 Minor”, the least intense, all the way up to “G5 Extreme”.

But even the weakest of storms threaten “power-grid fluctuations” and have a “minor impact on satellite operations”.

At the stronger end of the scale, this is where it starts to get more dangerous.

When CMEs collide with Earth’s magnetosphere, “all of that extra radiation can damage the satellites we use for communications and navigation, it can disrupt power grids that provide our electricity”.

Luckily, the possible incoming solar storms, which occur if there is an efficient exchange of energy from the solar wind into the space environment surrounding the Earth, are predicted to be minor.

But if these come if the storms come into direct contact with a satellite or power transformer, it can cause some problems back down on Earth.

The Met Office has reported that solar activity has been low over the last 24 hours.