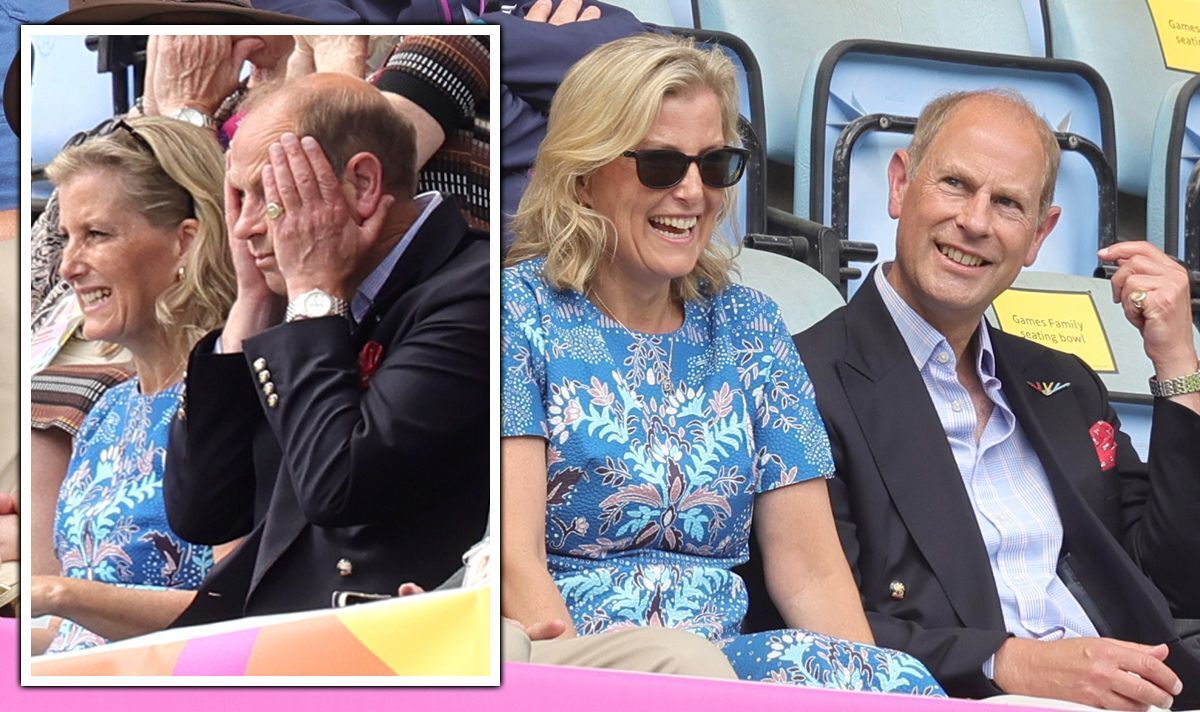 The royal couple started their trip by visiting the gymnastics arena before going on to watch the rugby sevens match.

The Earl of Wessex looked especially into the game, at one point holding his head in his hands while struggling to watch.

Sophie also captured moments of the game, whipping out her phone to take photos of the action on the pitch.

Prince Edward, who is also the Vice-Patron of the Commonwealth Games Federation, shared a heartfelt message ahead of his visit.

He said: “The waiting is over.

“The XXII Commonwealth Games is about to get underway and for the next 11 days, all eyes will be on Birmingham and the West Midlands of England.

“To all athletes, officials, spectators and visitors I bid you a very warm welcome and thank you all for coming. It simply wouldn’t be the great festival of sport it is without you.

“Yet the Games are more than just about sport, they are the greatest manifestation of the Commonwealth: our extraordinary collection of countries linked together through a myriad of bonds of common interests and relationships.

READ MORE: Harry and Meghan ‘will be remembered’ for ‘ending royal motto’

“The parallel arts festival is an integral part of this celebration and reminds us of our shared values and the tremendous talent that exists across our family of nations.”

The Commonwealth Games is a multi-sport event celebrating the diversity of the 56 Commonwealth member nations.

It is the largest sporting in the UK since the 2012 London Olympic and Paralympic Games.

Other members of the Royal Family are also expected to attend events throughout the tournament.

The Duke and Duchess of Cambridge are set to visit the Games on August 2.

However, due to ongoing mobility issues, the Queen will miss the sporting event.

She is expected to stay at Balmoral Castle in Scotland during the 11-day-long competition.

Despite having access to a private helicopter and plane, the 96-year-old monarch reportedly remains too fragile to tolerate the long journey.

She will instead be represented by other members of the firm including her eldest child, Prince Charles, who attended the opening ceremony on July 28 in her place.