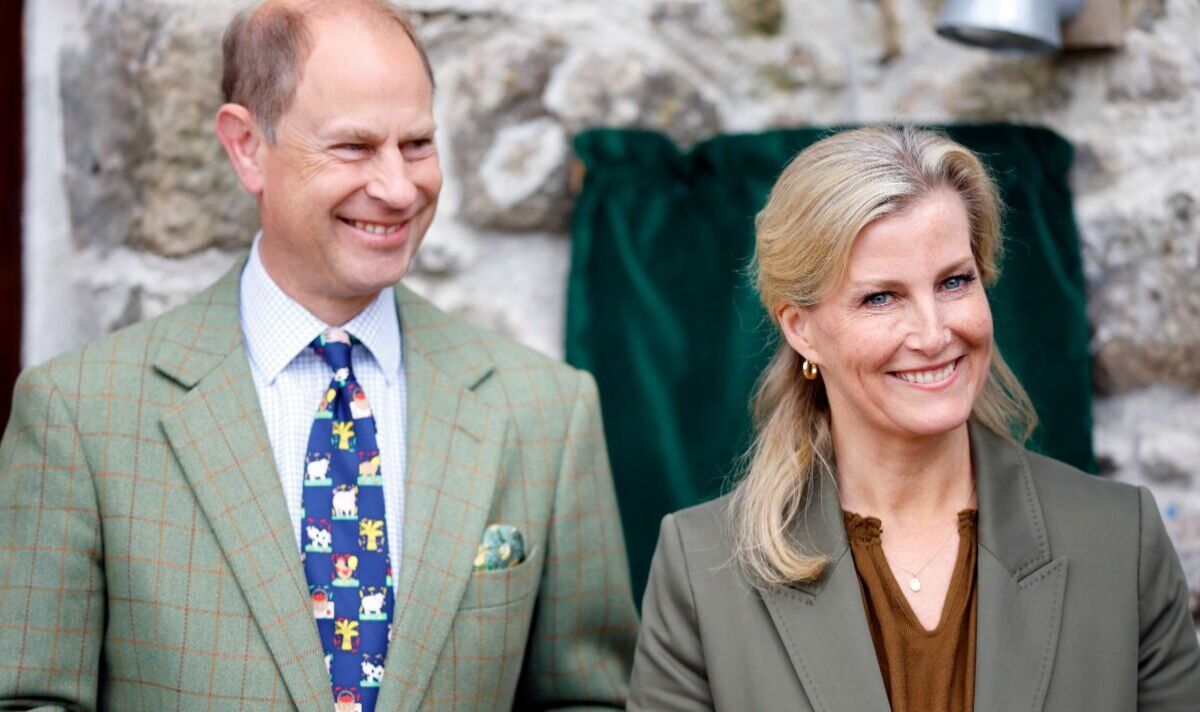 The Earl and Countess of Wessex arrived in Jersey to mark the 77th anniversary of the end of the Nazi occupation of the Channel Islands yesterday. German troops captured the Channel Islands on June 30, 1940, and would remain in control until May 9, 1945.

Edward and Sophie have also arrived to bring the Queen’s Platinum Jubilee celebrations to the 170,499 people living on the seven inhabited islands.

Ahead of Liberation Day, the Earl and Countess unveiled a Jubilee Sundial and met with those who survived the occupation in Jersey.

A clip was even uploaded to social media showing Edward and Sophie sampling some carrot tea.

The couple will join inhabitants in both Jersey and Guernsey tomorrow for both islands’ celebrations.

JUST IN: Queen set for different State Opening of Parliament as tweaks made for 96-year-old monarch

Liberation Day is a public holiday in the Channel Islands.

This year’s celebrations will see inhabitants attend the full-scale event for the first time in two years.

The smaller islands celebrate Liberation Day separately from Guernsey and Jersey as Sark was liberated on May 10 and German troops only surrendered in Alderney on May 16.

@shel.0970 said: “Lovely… although I did read the header as Jersey royals!”

@linda.bamber.79 added: “The Countess never gets it wrong.”

@dmbteacher said: “I love Sophie and Edward, and I’m so glad that they will be on the balcony with their two lovely children at Trooping this year.”