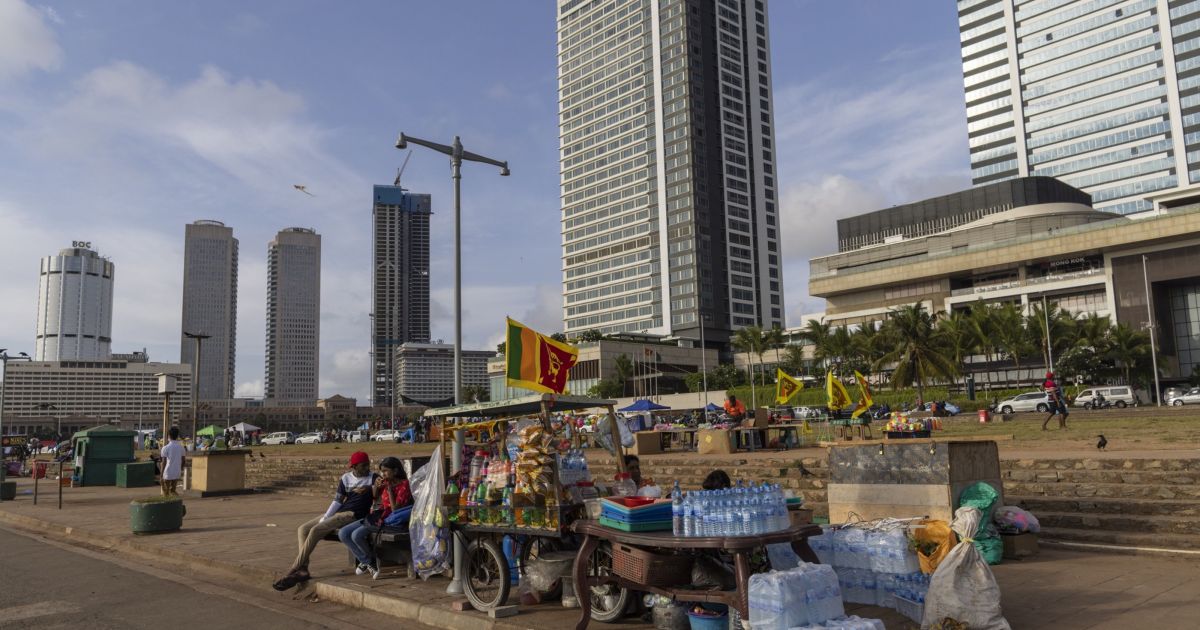 It was Prime Minister Rajapaksa’s first outing since protests erupted amid the country’s worst-ever economic crisis.

The prime minister of Sri Lanka has been heckled on his first public appearance since protests against the country’s worst-ever economic downturn erupted.

Prime Minister Mahinda Rajapaksa was also booed on Sunday by protesters demanding his ruling family resign over the worsening crisis.

As people queue for fuel around the country, essential staples are being rationed in stores and medicine shortages and blackouts are increasing, citizens across the South Asian island took to the streets to demand the resignation of Mahinda and his brother, President Gotabaya Rajapaksa.

On Sunday the prime minister, visiting one of the holiest Buddhist temples in Anuradhapura, was met by dozens of men and women carrying placards and chanting slogans demanding “thieves” be banned from the sacred city, 200km (90 miles) north of Colombo, the commercial capital and largest city in Sri Lanka.

“We will worship you if you stand down [as prime minister] and leave,” one man shouted.

Heavily armed security forces were deployed while police moved to clear the road for Rajapaksa’s convoy of six vehicles. Officials said the prime minister would return to the capital by helicopter.

Several major roads in the country were blocked by people protesting the lack of cooking gas, petrol and diesel.

The defence ministry in a statement said demonstrators were behaving in a “provocative and threatening manner” and disrupting essential services.

The government imposed a state of emergency granting the military sweeping powers to arrest and detain people on Friday after trade unions brought the country to a virtual standstill in a bid to pressure the Rajapaksas to step down.

The president, 72, has not been seen in public since tens of thousands attempted to storm his private residence in Colombo on March 31.

Since April 9, thousands have been camping in front of his office in Colombo.

The Rajapaksa brothers have been accused of leaning into “divisive ethnonationalism – continuing to suppress Tamils in the economically depressed north and east while also supporting anti-Muslim hate campaigns that first began around 2012”, according to Amnesty International.

Sources say the president may ask his brother Mahinda to stand down in an effort to clear the way for a unity government to guide Sri Lanka through the crisis.

But the country’s largest opposition party has already said it will not join any government helmed by a member of the Rajapaksa clan.

Sri Lanka was hit by an economic crisis after the coronavirus pandemic hammered income from tourism and remittances.

In April, the country announced it was defaulting on its $51bn foreign debt – the first time Sri Lanka has defaulted in its post-independence history.