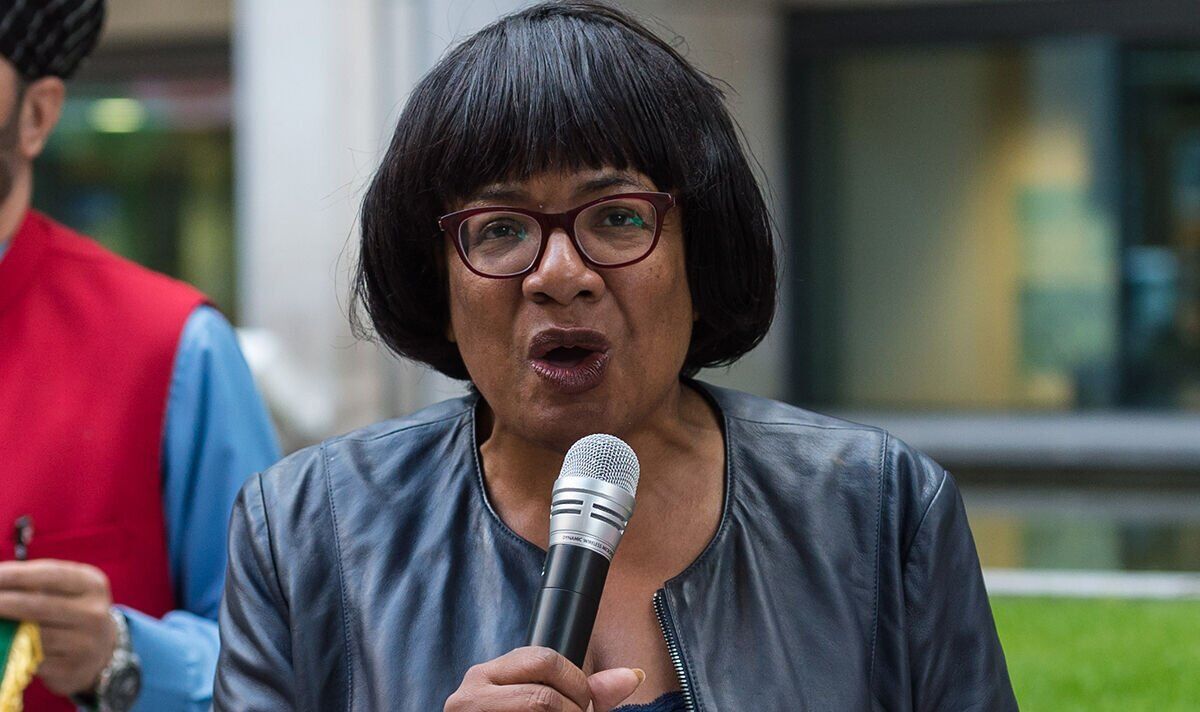 Diane Abbott and Jeremy Corbyn have both weighed into the scandal after news of the police investigation emerged. The former Labour leader said the investigation was a “huge development” and should be taken “very seriously”. Ms Abbott said that Sir Keir Starmer should “consider his position” if he receives a fixed penalty notice from Durham police.

Speaking to LBC, Ms Abbott warned that the Labour leader could be forced to resign over the scandal.

She said: “If he actually gets a fixed penalty notice he really has to consider his position.”

When asked whether she was calling on Sir Keir to resign, Ms Abbott responded: “He should think about his position and decide what is best.

“And that is only if he actually gets a fixed penalty notice! That’s just logical.”

JUST IN: Thornberry confronted after Keir Starmer investigated by police

When pressed on how she viewed the Labour leader, Ms Abbott said she’s a “loyal supporter of Keir Starmer” and was “just making a common sense point”.

Mr Corbyn refused to be drawn on whether Sir Keir should resign if he is fined by police, as he did not want to pre-empt an investigation.

He told LBC listeners: “Let’s see what the police say. I don’t want to get into predictions on this.”

Defending his actions, Sir Keir insisted that there was “no party” and “no rules were broken” since footage emerged of him drinking a beer with colleagues in April 2021 in Durham while campaigning for the Hartlepool by-election.

Speaking to reporters on Friday, Sir Keir said: “As I’ve explained a number of times, we were working in the office, we stopped for something to eat – no party, no breach of the rules.

“The police obviously have got their job to do, we should let them get on with it.

“But I’m confident that no rules were broken.

“Meanwhile, we’ve had a really good set of results today.”