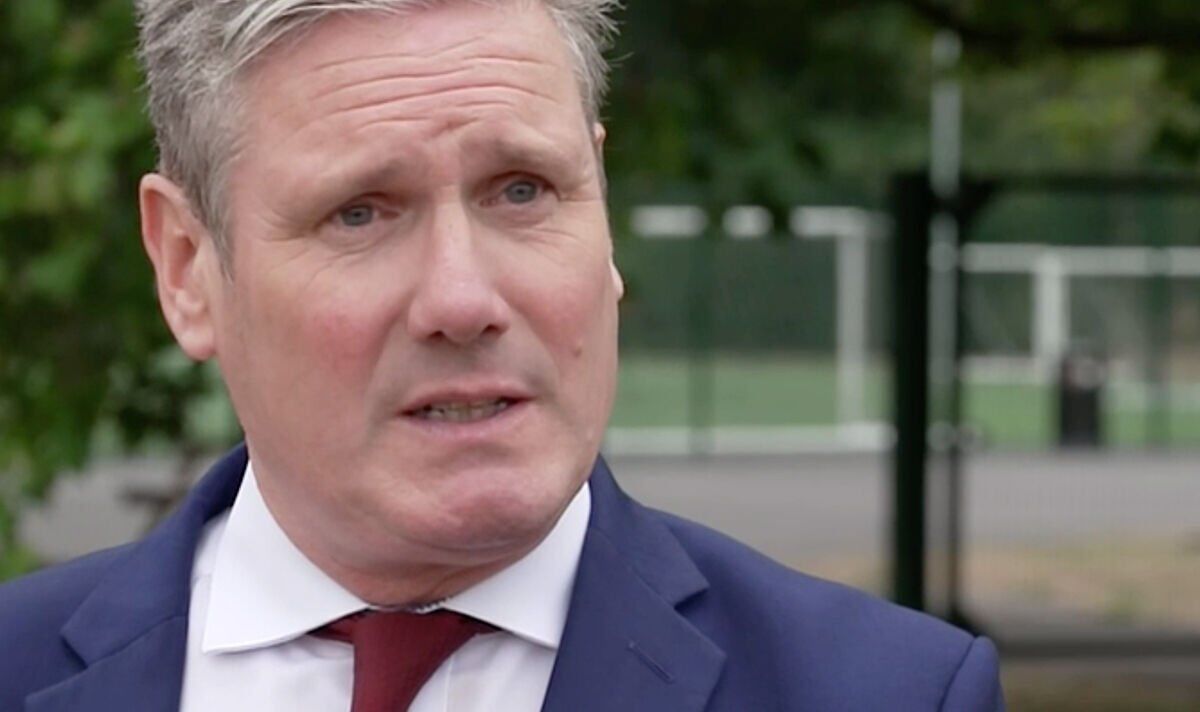 The Opposition leader spent this afternoon trying to dig himself out of a hole after outrage at his decision to axe his shadow transport minister. He insisted he was left with no choice but to get rid of the Ilford South MP after he made up party policy “on the hoof”.

Sir Keir had warned his frontbench team ahead of yesterday’s strikes not to appear on the picket lines.

However, Mr Tarry ignored the orders and stood shoulder to shoulder with rail workers taking industrial action outside Euston station.

He gave a series of media interviews in which he promoted himself to the head of the team as Shadow Secretary of State and suggested Labour’s policy was to give rail workers at least a pay rise in line with inflation.

Labour was forced to distance itself from the quotes saying it was not their policy.

Speaking to Sky News today, Sir Keir said the Labour MP had failed to stick to the agreed party lines.

He said: “Sam Tarry was sacked because he booked himself onto media programmes without permission and then made up policy on the hoof.

“That can’t be tolerated in any organisation because we have got collective responsibility, so that was relatively straightforward.

“Of course, as far as the industrial action is concerned, I completely understand the frustration of so many working people who have seen the prices go up, have seen inflation through the roof and their wages haven’t gone up.

“So the Labour Party will always be on the side of working people but we need collective responsibility as any organisation does.”

He said: “It’s quite open to people to express their support for working people who are struggling to pay their bills.

“And a Government doesn’t go on picket lines, a government tries to resolve disputes.

“I’m so frustrated with our Government because they could step in and help solve the dispute.”

Unrepentant about his actions, Mr Tarry last night said he was “proud” to have joined those on strike.

He said in a statement: “It has been a privilege to serve on Labour’s frontbench for the past two years and to have had the opportunity to speak up for hard-pressed workers who deserve so much better than the treatment they’ve received from this corrupt and out-of-touch Government.

“I remain committed to supporting the striking rail workers, and campaigning for a Labour victory at the next general election, which I will fight for relentlessly from the backbenches.”

He added: “This dispute would not be taking place under a Labour government, which would ensure that rail workers receive a fair wage.”