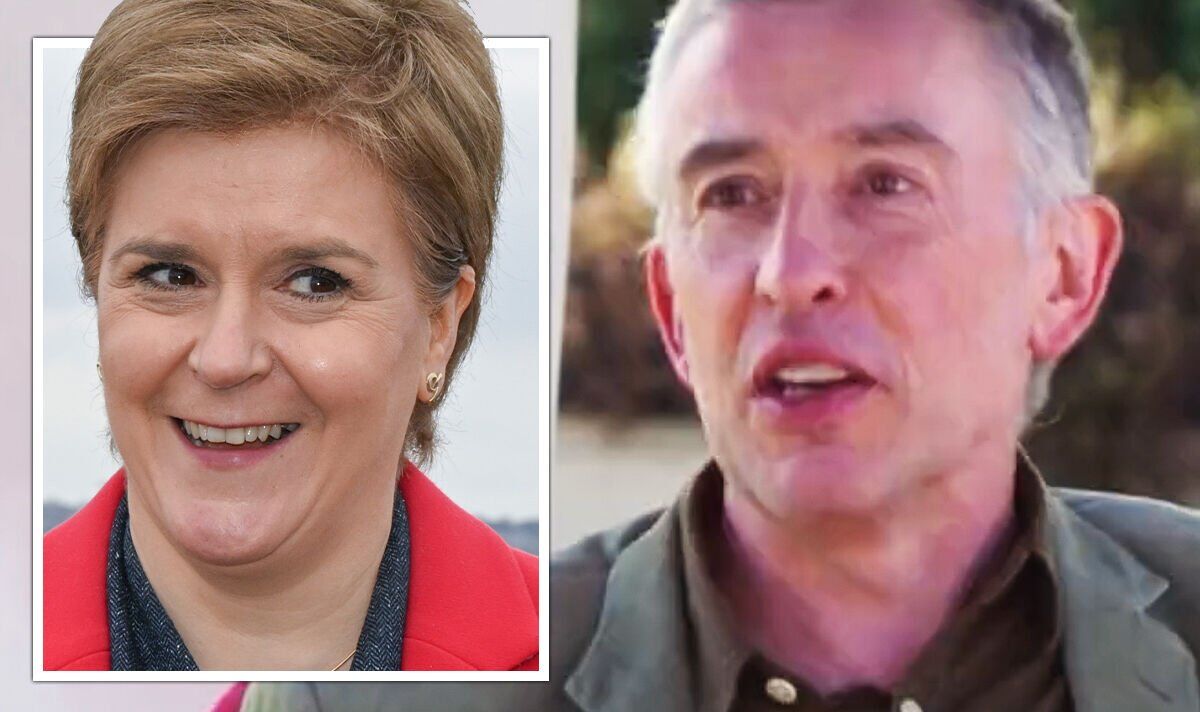 Mr Coogan has taken his alter-ego Alan Partridge to the stage this month, with new show ‘Stratagem with Alan Partridge’ touring the country. It is the first time Mr Coogan’s beloved Patridge character has taken to the nation’s stages in 13 years. Partridge first entered the public consciousness in the Nineties on Armando Iannucci’s Radio Four comedy programme ‘On The Hour’, and the character soon became a nationwide phenomenon.

Mr Coogan’s comedy persona is a tasteless and inept right-wing broadcaster whose inflated sense of celebrity leads him to shameless and cringe-worthy self-promotion.

However, away from Partridge, Mr Coogan is a staunch and vocal supporter of the Labour Party, and even claimed on Question Time that the Tories think “people are plebs” and “like to pat people on the head” in 2014.

In August that year, the comedian was also one of 200 public figures to sign a letter to the Guardian opposing Scottish Independence, a month before a referendum on the issue.

The letter concluded: “What unites us is much greater than what divides us. Let’s stay together”.

However in an interview aired this week on BBC Scotland, Mr Coogan has announced a U-turn on the matter, and insisted that he would “understand” if Scotland decided to break off from the Union.

He also claimed that independence would be a “kick in the pants” to “small minded little Englanders”.

Mr Coogan said: “It’s funny because on the one hand I’m pro-European.

“When Brexit happened I was thinking of moving to Scotland. That’s what I felt.

In 2014 the comedian told former Labour strategy director Alistair Campbell that he was against independence as “insularity isn’t good”.

In an interview with Mr Campbell for GQ, Mr Coogan was asked if he cared about the upcoming independence referendum.

He responded: “I do. I don’t want them to become independent.

“The reason I don’t like UKIP is because I think we should be pro-European, a more, not less cohesive world. Insularity isn’t good.”

The Scottish Government is working towards holding a second referendum on independence next year.

“I’ll set out more about that in due course, but I was elevated a year ago on a very clear proposition to offer the people of Scotland a choice in the first half of this parliament and my intention is to deliver that.”

On Wednesday, SNP ministers were ordered to make public a small part of their secret legal advice, over whether they can prepare a second referendum without the authority of UK Prime MInister Boris Johnson.

The Scottish Information Commissioner said that disclosing some of the advice would help to “enhance public debate on this issue”.