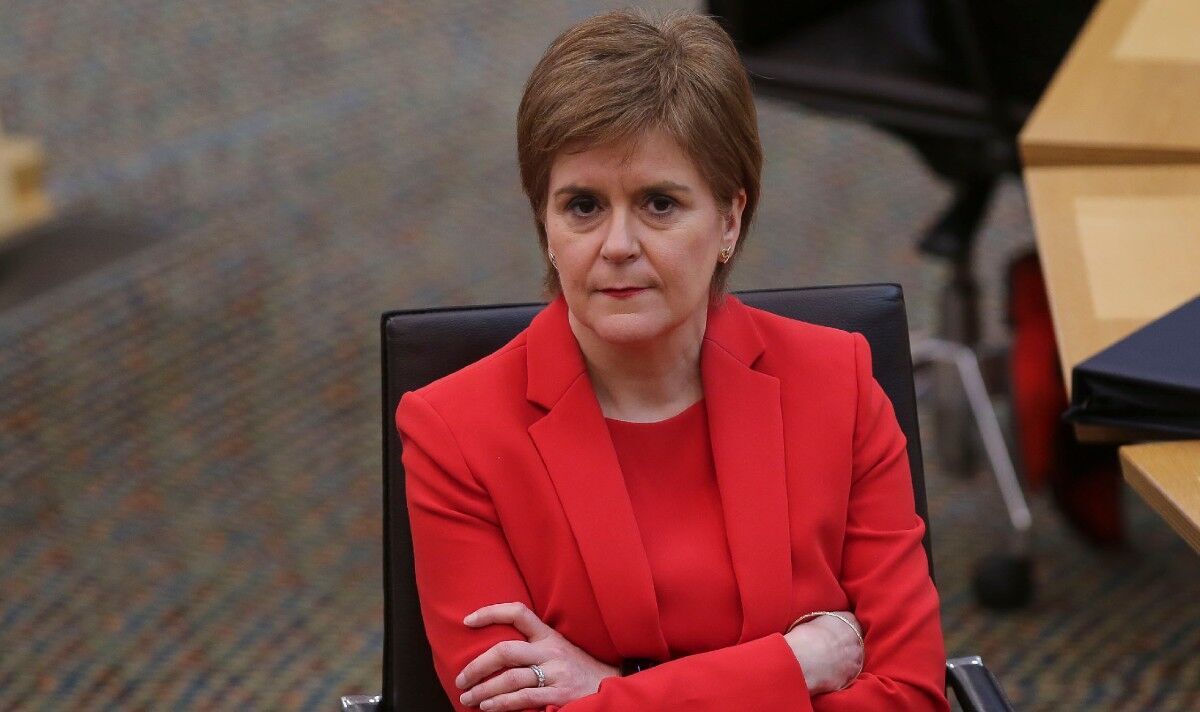 Grieving families of Scottish victims are said to considering taking legal action against the Scottish Government after the landmark ruling in London.  The SNP and health officials were accused of making “exactly the same catastrophic mistakes that led to the loss of life” in a damning statement by a lawyer representing victim’s families.

Speaking for campaign group Scottish Bereaved Families for Justice, solicitor Aamer Anwar warned: “We will be considering in Scotland what further legal action can be taken against those responsible for the preventable deaths that took place in care homes.”

He accused SNP ministers of “an attempt to avoid scrutiny of this issue and thus avoid responsibility”, revealing that “very little” has happened with a public inquiry in Scotland.

It comes after Ms Sturgeon admitted mistakes were made in the way 3,000 elderly people were discharged from hospital to care homes in the first three months of the coronavirus pandemic.

More than 1,300 elderly people were sent to care homes before a robust Covid testing regime was put in place.

Ms Sturgeon admitted with “hindsight” she agreed with Health Secretary Jeane Freeman’s view that this was a mistake.

When the pandemic hit in early 2020, patients were rapidly discharged into care homes without testing, despite the risk of asymptomatic transmission, with UK Government documents showing there was no requirement for this until mid-April.

Ms Freeman had previously said: “We didn’t take the right precautions to make sure that older people leaving hospital going into care homes were as safe as they could be and that was a mistake.”

“In over three months the families feel that very little has happened in Scotland and this is deeply disappointing, whilst it appears that the UK inquiry is moving apace.

“This is not what the relatives campaigned for, nor was it what they were promised by the Scottish Government and Deputy First Minister John Swinney.

“There now appears to be an attempt to avoid scrutiny of this issue and thus avoid responsibility, following today’s High Court decision, that cannot be allowed to happen in Scotland.

“We will be considering in Scotland what further legal action can be taken against those responsible for the preventable deaths that took place in care homes.

“We will be raising these issues with Lady Poole, the Scottish Government but also with the Lord Advocate Dorothy Bain QC, to ask her to advise the families we represent why her inquiry into deaths in care homes is taking so long, and whether charges of corporate homicide will now follow.”

It comes after two women took legal action after their fathers died from Covid-19 – Cathy Gardner, whose father Michael Gibson died, and Fay Harris, whose father Donald died – partially succeeded in their claims against the Government on Wednesday.

Prime Minister Boris Johnson has said he wanted to “renew my apologies and sympathies”, adding: “The thing we didn’t know in particular was that Covid could be transmitted asymptomatically in the way that it was and that was something that I wish we had known more about at the time.”

However, the risks of asymptomatic transmission had been highlighted by figures including the Government’s chief scientific adviser for England, Sir Patrick Vallance, who said this was “quite likely” as early as March 13.

Varying levels of risk had also been outlined in papers from late January, the ruling said, adding that it is not suggested that ministers “should themselves have been keeping on top of the emerging science”, but this would be expected of scientists advising Government.

Lord Justice Bean and Mr Justice Garnham concluded that policies contained in documents released in March and early April 2020 were unlawful because they failed to take into account the risk to elderly and vulnerable residents from non-symptomatic transmission of the virus.

They said that despite “growing awareness” of the risk of asymptomatic transmission, there was no evidence that Mr Hancock or anyone advising him addressed the issue of this risk to care home residents in England, so it was “not an example of a political judgment on a finely balanced issue”.

The judges said: “Those drafting the March Discharge Policy and the April Admissions Guidance simply failed to take into account the highly relevant consideration of the risk to elderly and vulnerable residents from asymptomatic transmission.”