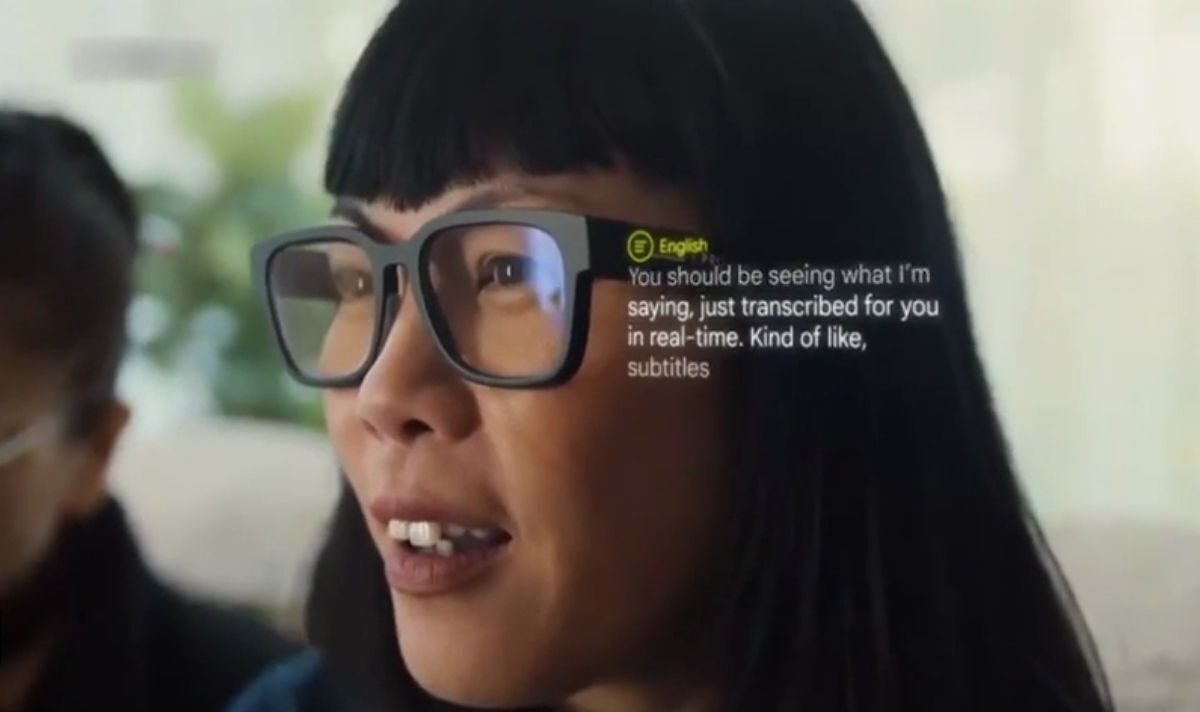 The glasses were teased yesterday as part of Google’s I/O 2022 annual developer conference, which was held in Mountain View, California. The tech firm played a video in which people were given a thick-rimmed pair of black spectacles to wear, while an overlay showed how the real-time translation might work. It is unclear at present how close to reality the design is, however, and Google neither revealed when the AR glasses might be available, nor exactly how they would be used.

In the video, Google product manager Max Spear tells the wearer of the AR glasses: “You should be seeing what I’m saying, just transcribed for you in real-time.”

He added that it is “kind of like ‘subtitles for the world’.”

Director of product management Eddie Chung said: “What we’re working on is technology that enables us to break down language barriers.

“[We are] taking years of research in Google Translate and bringing that into glasses.”

Google CEO Sundar Pichai said: “There’s a new frontier of computing, which has the potential to extend all of this even further, and that is augmented reality.

“At Google, we have been heavily invested in this area. We’ve been building augmented reality into many Google products, from Google Lens to multisearch, scene exploration, and Live and immersive views in Maps.

“These AR capabilities are already useful on phones and the magic will really come alive when you can use them in the real world without the technology getting in the way.

That potential is what gets us most excited about AR – the ability to spend time focusing on what matters in the real world, in our real lives.”

READ MORE: Hidden microphones in CCTV cameras could be eavesdropping on you

One of the research participants presented in the video was Guillermo, a Spanish speaker.

He said: “I have to talk with lots of people who only speak English.”

“This is like magic to me, because I will understand everything they say.”

Alongside allowing people to engage directly with those who speak other languages, the glasses could also find application in helping people who are deaf or have hearing impairments to communicate more easily and without needing to use sign language.