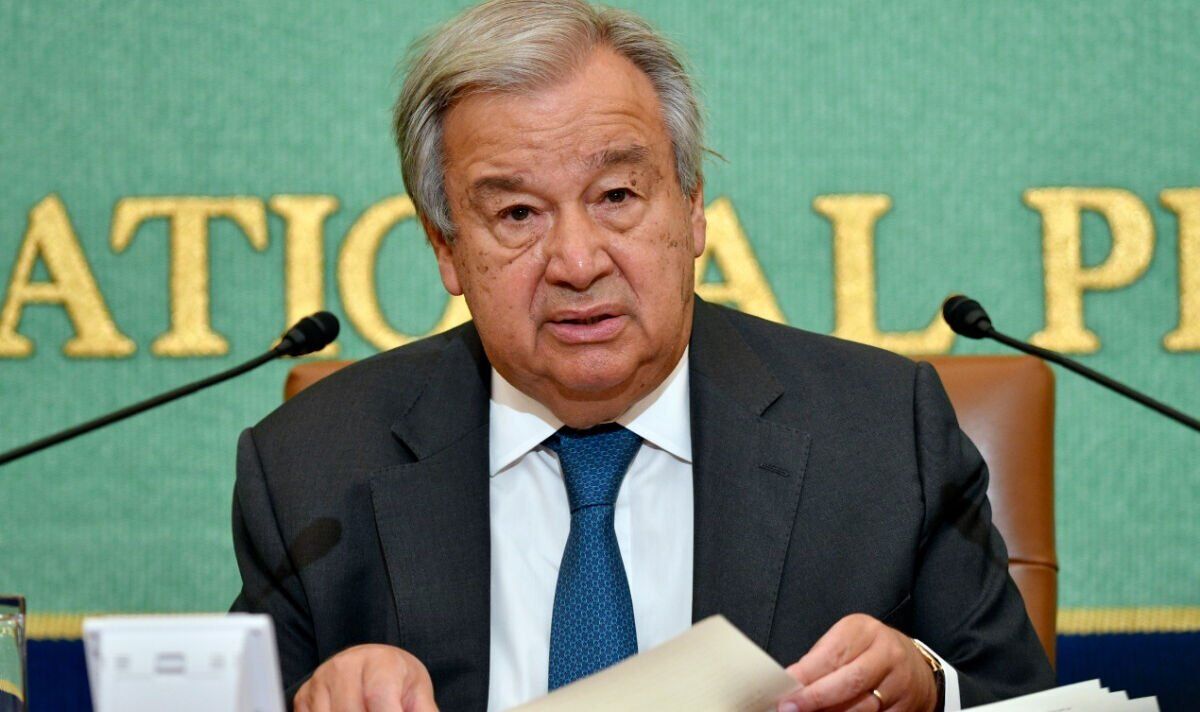 Antonio Guterres, 73, suggested the threat of nuclear confrontation had returned after decades in which it was a less significant concern. The ex-Portuguese Prime Minister also called on nuclear states to commit to no first use of the weapons.

However, Guterres went on to claim any attack on a nuclear plant is a “suicidal thing”.

His remarks came after it had been reported Russia had renewed efforts to shell the Zaporizhzhia facility in Ukraine.

Guterres also made the comments after attending the Hiroshima Peace Memorial on Saturday to mark the 77th anniversary of the world’s first atomic bombing which hit the Japanese city at the end of the Second World War.

During his visit to Tokyo, the UN’s secretary-general urged Japan to halt public and private financing of coal projects in a bid to curb fossil fuel emissions.

But reported attacks against Zaporizhzhia, which is supposedly the largest nuclear power plant in Europe, sparked outrage.

He added: “There is no such nation in the world that could feel safe when a terrorist state fires at a nuclear plant.”

However, the Kremlin has rejected Kyiv’s claim.

“Russian forces are probably operating in the regions adjacent to the power station and have used artillery units based in these areas to target Ukrainian territory on the western bank of the Dnipro river.

“Russian forces have probably used the wider facility area, in particular the adjacent city of Enerhodar, to rest their forces, utilising the protected status of the nuclear power plant to reduce the risk to their equipment and personnel from overnight Ukrainian attacks.”