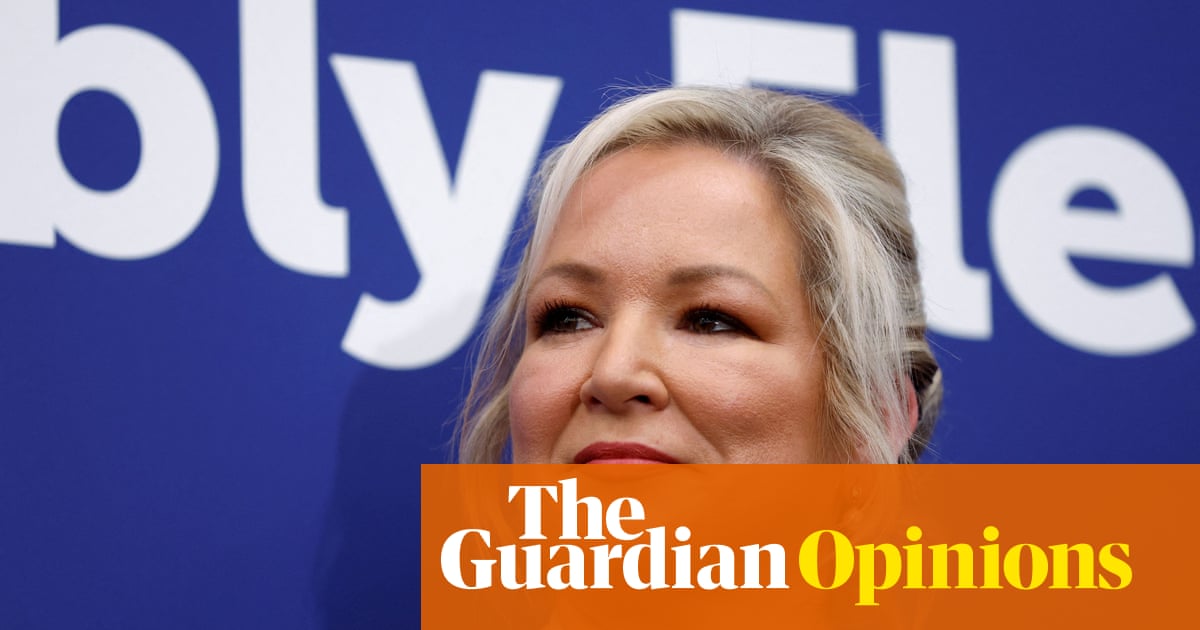 The very existence of Northern Ireland is rooted in the rejection of Irish nationalism. So Sinn Féin’s emergence in Thursday’s elections as the largest single party in the assembly is rightly described as historic. Sinn Féin is not just opposed to Northern Ireland’s existence; it even refuses to refer to it by that name. Now, the party has won the right to nominate Michelle O’Neill as the next first minister, a post hitherto exclusively held by unionists.

That achievement is not simply symbolic. It is also a genuine electoral success. It should be recognised by its rivals as a proper mandate. But nor should it be misread. Under Northern Ireland’s proportional representation system, Sinn Féin won 29% of the first preference votes, the party’s best performance since assembly elections began. Perhaps significantly, this was the first assembly poll since the retirement of Gerry Adams as party president. But Sinn Féin failed to add to its 27 members in the 90-strong assembly. The extent of the breakthrough should not be exaggerated.

Sinn Féin’s success nevertheless embodies a new situation in politics on both sides of the Irish border. In the republic, the party leads the two government coalition parties in the polls. Now it is again poised for government in the north. But this latest success owes more to unionism’s internal disunity than to any widespread new embrace of republicanism or Irish unification. The biggest increase in support in these elections was not for Sinn Féin. It was for the non-aligned Alliance party, which more than doubled its tally of seats and is now a genuine centrist third force in Northern Irish politics.

The results are above all a devastating verdict on the once mighty Democratic Unionist party. Although its support rallied late in the campaign, at the expense of the Ulster Unionist party, the DUP’s first preference vote collapsed, losing a quarter of its 2017 support. It lost votes both to the Alliance and, less dramatically, to Traditional Unionist Voice, which opposes power-sharing altogether. It has been punished for months of in-fighting, leadership challenges and feuding (which continued right up to polling day). Above all, it is paying the price for the strategic error of backing Brexit in a part of the UK that voted to remain, and for trusting Boris Johnson.

Yet the DUP appears to have learned nothing. Its leader, Sir Jeffrey Donaldson, was the big loser on Thursday; yet he continues to impose conditions for a return to government as if he were the winner. He is yet again staking everything on a hard Brexit and Mr Johnson. He wants the UK government to renege on the Northern Ireland protocol in the EU withdrawal agreement in the Queen’s Speech on Tuesday. This would please many unionists. But it would upend the whole Brexit deal and reopen the Irish border controversy. That is emphatically not the message that the majority of voters sent on Thursday.

After his own pasting at the polls, Mr Johnson is clearly preparing to play the Brexit card again. It would be another defining act of destructive irresponsibility. The large conclusion from the Northern Ireland election is the opposite one. It is that most people want the parties to form a government and resume power-sharing. That is what the success of Sinn Féin, the rejection of the DUP and the advance of the Alliance are all saying. It should be the British government’s priority too.