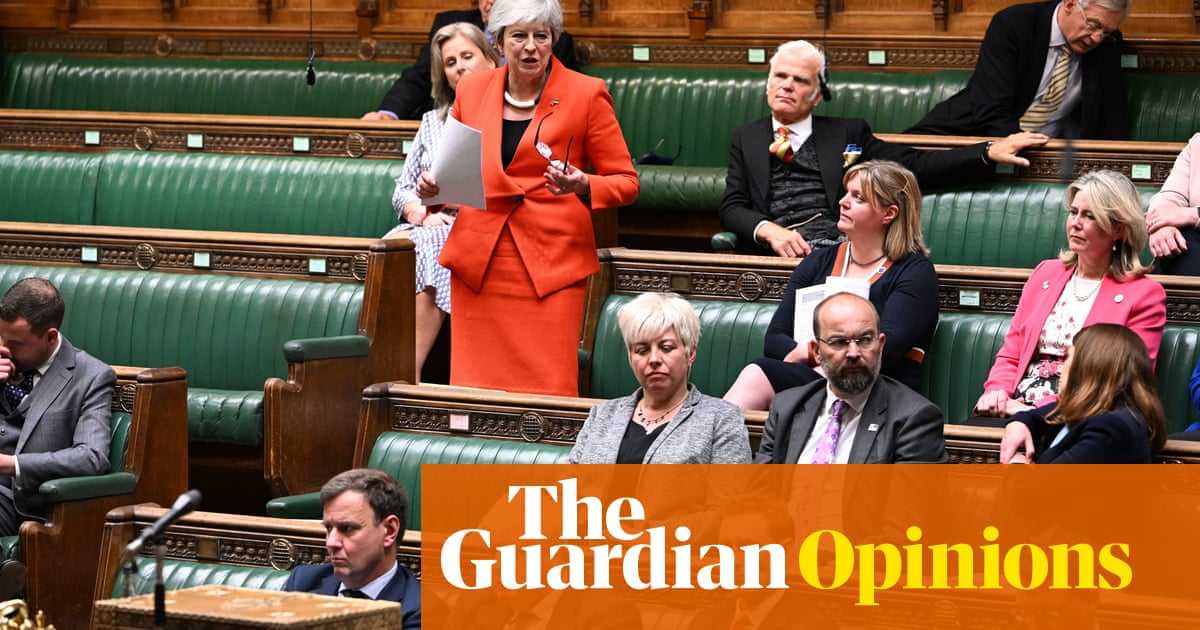 The Conservative party long ago stopped listening to Theresa May, but that doesn’t mean her view counts for nothing. When she warns, as she did earlier this week, that the unilateral abandonment of the Northern Ireland protocol would damage the UK’s international reputation, she speaks with the authority of a former prime minister whose time in office was consumed by the attempt to get a workable Brexit agreement.

She failed. But so, it turns out, did her successor. If Boris Johnson’s deal had met the durability test, he would not now be getting ready to renege on it.

Hardline Brexiters have talked about changing the Northern Ireland protocol almost from the moment it was enacted. It has never been implemented as written because the UK government has lacked the will to meet its treaty obligations. Now Liz Truss is reported to be preparing a total rupture, declaring the protocol inoperable.

The EU has warned that such a move would collapse the foundations of the wider Brexit settlement. That could lead to tariffs and a suspension of cooperation in all but the most essential areas; a trade war, in other words.

The crisis has a proximate cause in Northern Irish politics and deeper roots in Mr Johnson’s approach to Europe. Elections to the Stormont assembly last week, where Sinn Féin overtook the Democratic Unionists as the largest party, have brought simmering resentments to a boil. In second place, the DUP loses the right to nominate a first minister. It is entitled to a deputy with equal status in law, but the symbolic loss of primacy is immense.

The DUP is refusing to re-engage with power sharing for as long as the protocol stands. Its requirement for customs checks in the Irish Sea represents another huge symbolic affront to unionist sensibilities.

Unionists are entitled to feel let down by Brexit, but the object of their rage should be Mr Johnson. He used their resistance to Mrs May’s deal as a weapon against her in his campaign for power, and later betrayed them with a deal that did the opposite of what he had promised. Then he lied about it. He claimed that there would be no Irish Sea border, indicating that he either didn’t understand his deal or didn’t intend to honour it; most likely both.

A responsible prime minister would have set about trying to reconcile unionists to the deal, while negotiating adjustment to level the controls. The EU is amenable to soft-touch implementation, but not ripping up treaties. Instead, Mr Johnson has stoked the DUP grievance, trying to use its intransigence as a lever to exert pressure on Brussels. His casual duplicity has sabotaged Northern Ireland’s delicate political settlement and he is desperate to deflect blame on to Europe.

It is a disreputable, dangerous manoeuvre that can only aggravate a domestic crisis and harm Britain’s standing abroad. On that point, Mrs May is right: the Tories should pay more heed to the leader they deposed for sincerely trying to make Brexit work than to the one they put in her place to do a deal in bad faith.