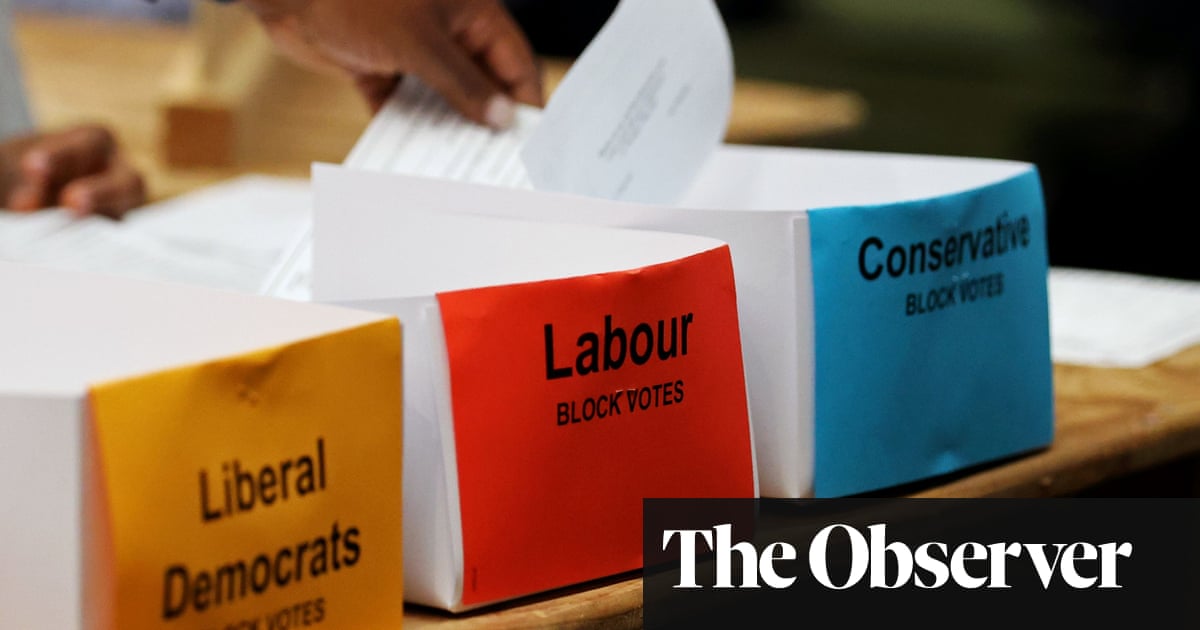 The headlines describing the performance of the main parties in last week’s local elections were undramatic, but they disguised a profound truth. The Conservatives suffered a dismal set of losses following the police fines for the prime minister and the chancellor for breaking the law during the pandemic. Labour achieved eye-catching success in London and made some progress elsewhere, but not enough for a party hoping to win an outright majority at the next general election. The Liberal Democrats went some way towards restoring their role as a repository of protest votes and as challenger to the Tories in swathes of the south and west. Nationalist parties performed well.

The most important dimension of last Thursday’s results is what they might mean for the country’s constitutional settlement. Sinn Féin’s success in the Northern Ireland assembly elections, coupled with the growing possibility of a Labour administration in Westminster contingent on SNP support, could have long-term and irreversible ramifications for the relationship between the UK’s four constituent nations.

Boris Johnson is a deeply unpopular leader, and the Lib Dem resurgence is eating into the Conservative vote share

The Tories have tried to shrug off their losses as the usual mid-term slump. But there are signs that these are indicators of structural rather than cyclical malaise. Boris Johnson is a deeply unpopular leader, and the Lib Dem resurgence is eating into the Conservative vote share. By the time of the next general election voters will be suffering even more as a result of unsustainably high energy, fuel and food costs. As Brexit has declined in salience as an issue for voters, the electoral coalition that Johnson so successfully forged off it in 2019 is looking more fragile.

But the flip side is not Labour surging ahead in all the areas where the Conservatives are retreating; the Liberal Democrats, the Greens and the SNP have benefited. There were bright spots for Labour: taking Westminster off the Tories to cement its dominance in London; good results in Wales; and the first tentative signs of a Scottish recovery. But these only translate into a moderate lead over the Conservatives and are not suggestive of a party on a trajectory to win an outright majority in the next general election. Expecting Labour to achieve this just five years after its worst election defeat since 1935 under Jeremy Corbyn would be a tall order. But Johnson has been beset by crisis after crisis, and Labour should be doing better given the state of the economy. Sir Keir Starmer has made important steps to distance himself from Corbyn on antisemitism within Labour and on foreign policy, but has struggled to articulate a positive vision. He seems much more comfortable defining himself by his opposition to Johnson and the left of his party than communicating what he stands for. Labour has to do more to convince the country that it has a positive vision for the future, and the policies to realise it.

Labour’s solid, but far from stellar, performance makes a hung parliament more likely, with a Labour government reliant on the SNP and the Lib Dems. Nicola Sturgeon is likely to demand another referendum on Scottish independence as the price of that support. She is out of step with the Scottish public on this – a survey for Scotland in Union out today suggests that fewer than a third of Scots back the SNP’s policy for a referendum next year, and polling suggests that there is no pro-independence majority. But it is too close for comfort, and a second referendum would dominate UK politics for the years following the election, to the exclusion of other important issues.

In Northern Ireland, the collapse in the DUP’s vote paved the way for Sinn Féin to claim first place in elections to the Stormont assembly. This is no reflection of growing public support for Irish reunification – Sinn Féin’s vote share has increased only marginally since 2017 and support for a united Ireland has remained fairly consistent around the 30% mark in recent years. But it has huge implications for power-sharing in Stormont and the political stability of Northern Ireland. The DUP opposes the Northern Ireland protocol that introduced post-Brexit border checks between Northern Ireland and the rest of the UK; Sinn Féin views it as an acceptable way out of the conundrum Brexit poses for the Good Friday agreement. The DUP will probably make Johnson breaking the protocol the condition of entering a power-sharing administration with Sinn Féin, which would lead to damaging retaliatory measures from the EU.

Six years after the Brexit vote, it remains unclear how taking the UK out of the single market and customs union, thus requiring customs checks either on the island of Ireland or in the Irish Sea, could ever be consistent with power-sharing and consensual politics in Northern Ireland. The issue will only become more existential in the run-up to the end of 2024, the deadline for the Stormont assembly to vote on consent for the protocol to continue.

Westminster politics is likely to continue to be dominated by allegations and counter-allegations about the breaking of Covid rules, and the announcement of and reaction to government policies with the sole purpose of distracting from bad economic news, such as its dreadful plans to forcibly deport asylum seekers to Rwanda and its destructive proposal to privatise Channel 4. But last week’s results sound a warning note for any politician who supports the union: a more fragmentary politics across the whole country could undermine stability in Northern Ireland, and end up changing the shape of the UK forever. They ignore this at their peril.