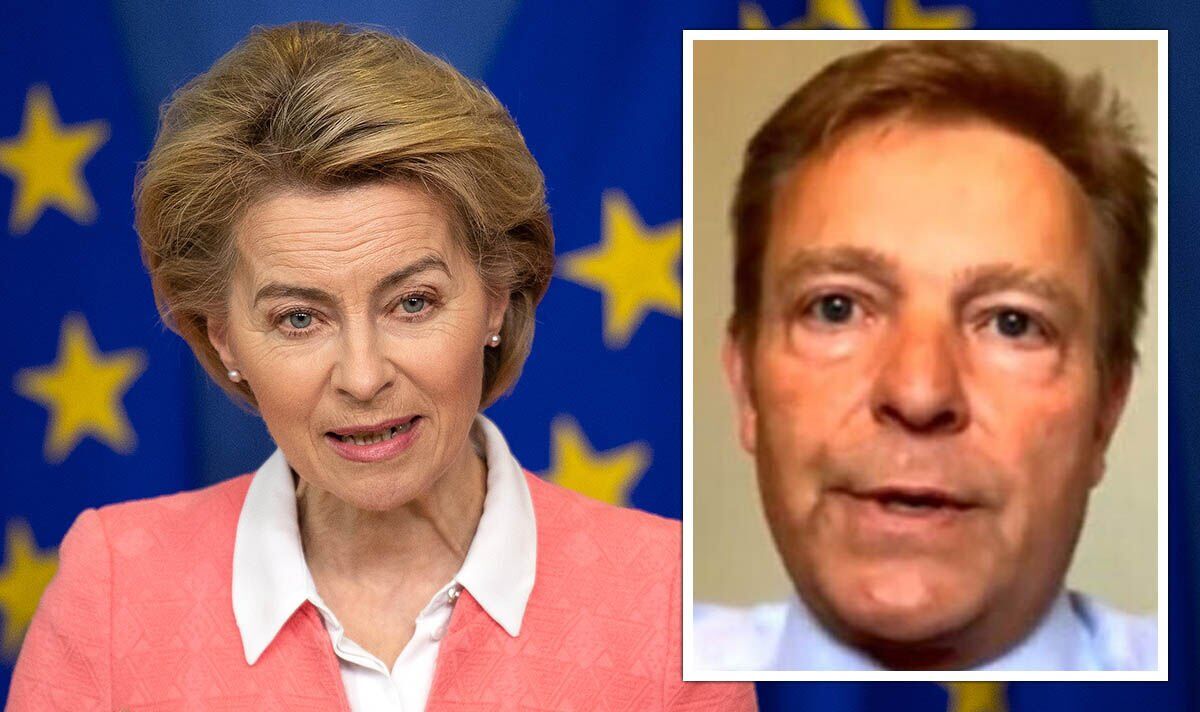 Craig Mackinlay MP accused the EU of “not really coming up to scratch” and focusing on the wrong issues as the UK tries to handle the ongoing crisis in Ukraine. Mr Mackinlay explained that European Commision vice-president Maros Sefcovic was “worried” about the transfer of olive oil into Northern Ireland despite Great Britain making “very little to nothing” of the product.

Speaking to GB News, Mr Mackinlay said: “Apparently [Maros] Sefocovic has been worried about the transfer of olive oil from GB to NI.

“Now the last time I looked, the amount of GB-made olive oil is something between very little and nothing.

“On the other hand, you’ve got the EU not really coming up to scratch importing vast amounts of Russian oil.

“So if there’s talk about a trade war, I don’t think the world would be looking very kindly on the EU to say: ‘Hold on guys. You’ve got the UK at the forefront of trying to do a deal with a Russian bear and you wanna have a row about olive oil. I mean come on’.”

The Tory MP added: “We’re not suddenly going to become a dangerous nation, importing goods with lead paint on them.

“We have some of the most advanced phytosanitary standards in the world. We are a country that actually respects consumer’s safety and everything else as much as anywhere.

“Mutual recognition [of standards] would have been the landing point that solved all of this.

“There should have been an acceptance that EU goods are likely to be a good standard and they should accept that our standards are always going to be good as well.”

It comes as the Union could move to freeze the UK’s privileged access to the EU bloc if Boris Johnson pulls out of the protocol agreement, a source close to the matter said yesterday.

If the trade deal over Northern Ireland falls through, it would effectively mean a return of the “no-deal Brexit”.

Ms Truss said yesterday that she will not “shy away” from a unilateral break if solutions cannot be found over Northern Ireland.

She said: “The current EU proposals fail to properly address the real issues affecting Northern Ireland and in some cases would take us backward,” she said, arguing against introducing “more checks, paperwork and disruption.”