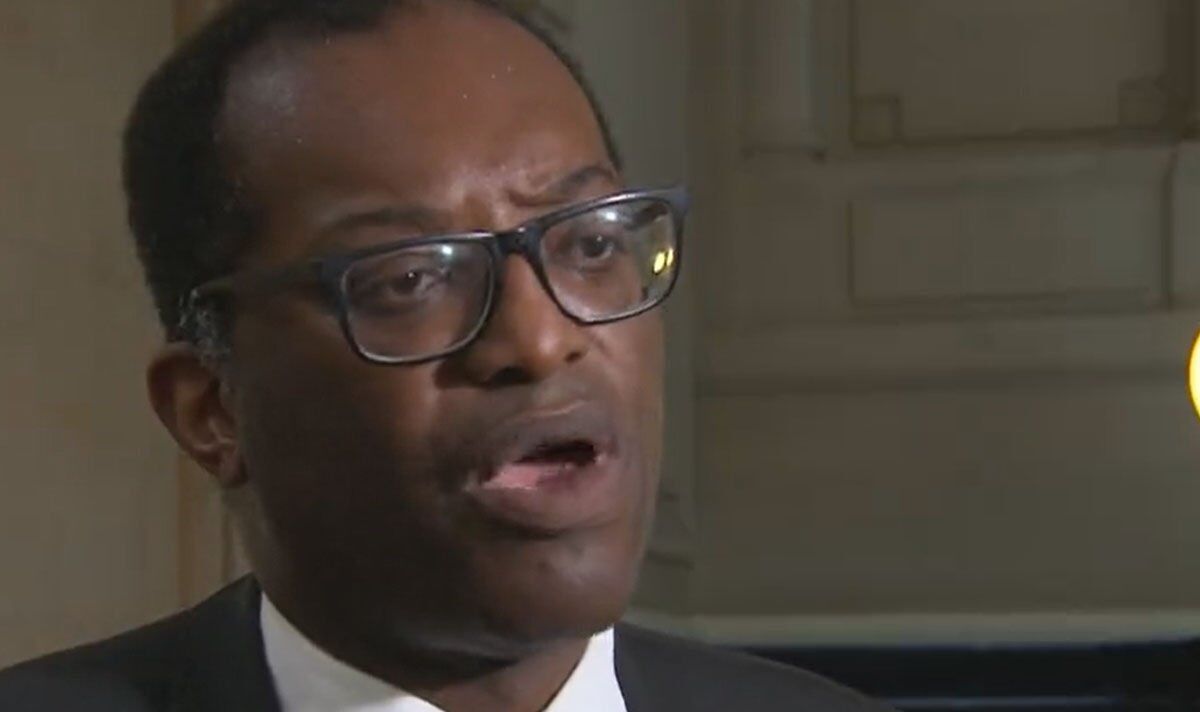 Boris Johnson has denied his meeting with ex-KGB officer Alexander Lebedev after the Salisbury poisoning scandal was pre-arranged or involved discussions about Government business. The Prime Minister said officials were aware in advance he was attending an event at the house of the Russian oligarch’s son, Evgeny Lebedev, in Italy. ITV’s political correspondent Carl Dinnen called out Mr Kwarteng over his loyalty to Mr Johnson.

“We now hear that he spent a nice social weekend with a man who was a former KGB agent without officials and he says as far as he is aware, nothing related to Government business was discussed.

“Is that good enough?”

Mr Kwarteng replied: “I don’t know about those details.”

READ MORE: What Liz Truss does with her multimillion pound fortune

Mr Dinnen continued: “He’s actually written to MPs explaining those details, you must have read it.

“Is it not embarrassing to read that now?”

The MP added: “As far as loyalty is concerned, you’re absolutely right.

“Liz Truss was loyal and stuck to her job. She was actually in Indonesia when he resigned.

His remarks came in a letter to the Commons Liaison Committee in which he expanded upon his previous admission that he met Alexander Lebedev without officials present in 2018.

Mr Johnson has been under mounting pressure to explain the nature of the meeting, which happened straight after a Nato summit on how to respond to the Kremlin, and whether it was properly disclosed.

The scrutiny also comes amid an investigation by the Commons Intelligence and Security Committee over the appointment to the House of Lords of Evgeny Lebedev, the owner of the London Evening Standard and a shareholder in The Independent.

The appointment has been shrouded in controversy after The Sunday Times alleged security services withdrew an assessment that the peerage posed a national security risk after the Prime Minister intervened.