Skip to content
HomeNews‘They owe us!’ Sophie and Edward confronted by reparation protest on royal tour 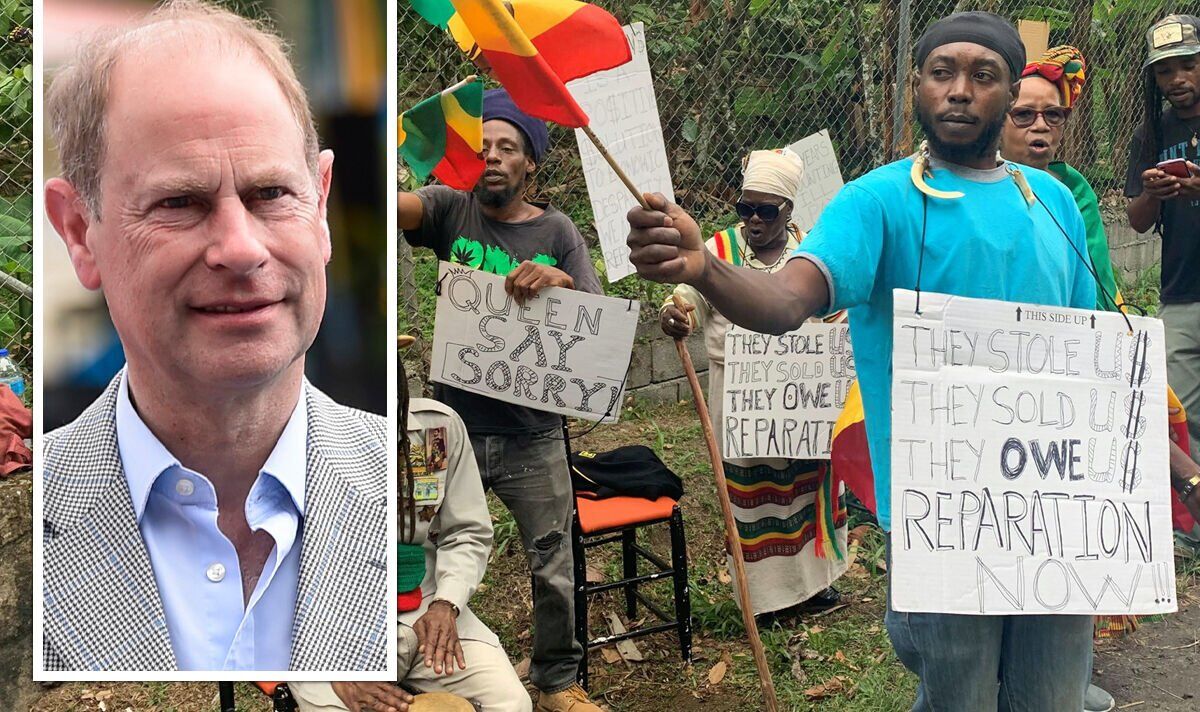 The royal couple last week began a seven-day tour of the Caribbean to mark the Queen’s Platinum Jubilee. They have reportedly made efforts to avoid “PR mistakes” after a similar visit by the Duke and Duchess of Cambridge last month prompted criticism the royal family had become “tone deaf”.

But while the visit is so far understood to have been well received, it did not take long before protesters demanded reparations for historic slavery.

Some on the island nation gathered with signs insisting “they stole us”, “sold us” and now “owe us”.

One demanded the Queen “say sorry”.

Another called for “reparation now!”.

The protests were now, however, enough to drown out the “warm welcome” given to the royals by Saint Lucia residents, according to reports.

Express Royal Correspondent Richard Palmer said in a post on Twitter: “The Earl and Countess of Wessex have received a warm welcome from crowds on a walkabout in Saint Lucia.

“But they have also faced a small anti-slavery protest from demonstrators urging the Queen to apologise.”