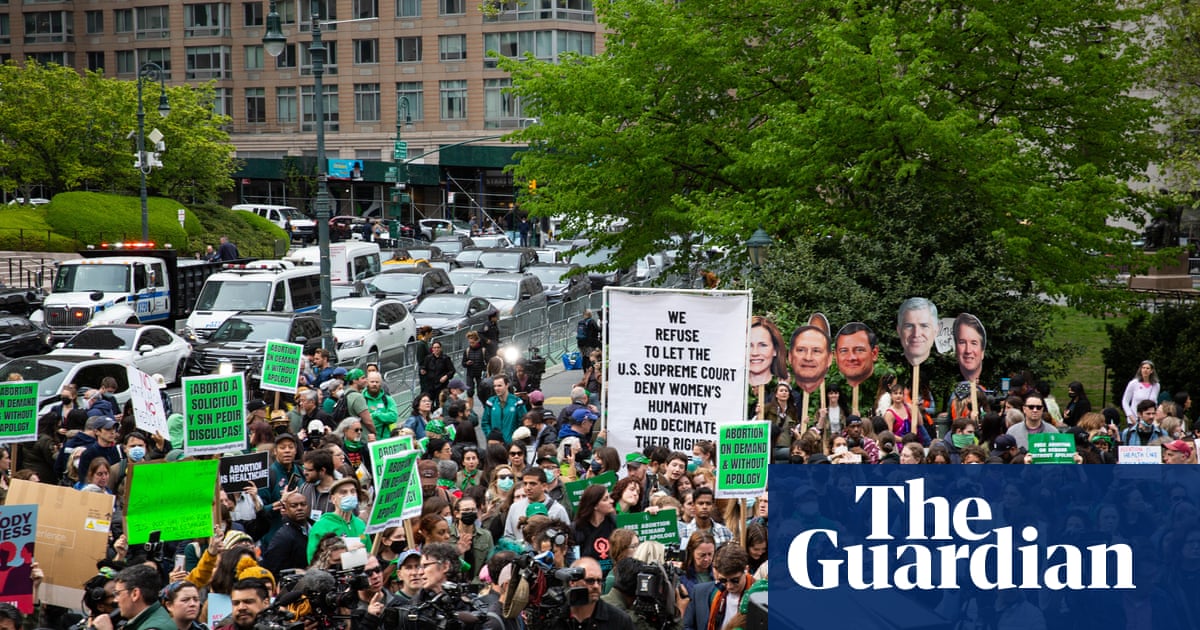 President Joe Biden’s strong response to the leaked draft supreme court position is welcome (US shaken to its core by supreme court draft that would overturn Roe v Wade, 3 May). The attack on women’s reproductive rights was entirely predictable with the Trumpian legacy of a biased supreme court.

The global impact of overturning Roe v Wade would be enormous. Poland banned abortion in 2021 and Slovenia reduced access. There would be increased pressure in other countries to do the same. The main immediate concern, though, would be the impact on countries and continents with the highest maternal death rates. In 2017, by World Health Organization regions, the highest maternal death rate was in sub-Saharan Africa (533 per 100,000 births) and the lowest in western Europe (five per 100,000). Maternal death rates today in parts of Africa are the same as in the UK 150 years ago.

There are, of course, massive underlying impacts from poverty and malnutrition but once women and girls have access to contraception and safe abortion, numbers of pregnancies fall, maternal death rates fall and overall community health improves, even in the poorest areas. Globally and locally, we must support women’s reproductive rights.Dr Tricia Cresswell Alnwick, Northumberland

I never thought the war on women would come to my doorstep until 2003, a year after marrying my husband. I was 33, pregnant and deliriously happy. At our scheduled ultrasound, we learned that our baby had spina bifida and anencephaly – the baby (we later learned was a girl) had neither a skull nor a spine. The chances of her survival were zero, and my doctor scheduled a surgical abortion as soon as he heard the news. The following days were a blur of grief and sadness.

I did not know how lucky I was to live in a big city in Canada where abortion is readily available until I joined an online support group for women who, like me, had decided to terminate a wanted pregnancy. The majority of women in this group are from the US and many of them tell of harrowing experiences, of being sworn at, physically attacked or threatened, just to have access to information about what to do after getting news similar to what I had received. The slow realisation that the face of abortion was also me was so shocking that it bolted me into action and changed everything about how I think.

Make no mistake, the world is engaged in a war on women; the leaked draft supreme court ruling is just a confirmation of that fact. Let no one stand idly by; we must all raise our voices, rise and vote until the right to control our bodies is a universal, irrefutable truth. I hope the American women enraged by the leaked ruling know that their sisters around the world feel their rage and stand with them with raised fists in full solidarity.Karin BjornsonMontreal, Canada

While Marina Hyde rightly points out that illegal abortions that kill women cannot possibly be a “pro-life” stance (3 May), it’s the much wider problem of unwanted babies that is the issue. Foetuses don’t demand to be born, but born children want to be wanted, hopefully by two parents. If the progenitors cannot feel strong love, society should not force someone to give birth, which just punishes the born child with the blow of unwantedness. So-called pro-lifers don’t actually care about children.Monica ThrelfallLondon

No matter how draconian the denial of abortion access may be, the rich and well connected will always be able to bypass it. It is exclusively the less well off who will be denied their civil rights, as we see with those unable to afford the fare from Northern Ireland.Mary PimmLondon

It is a tragically confused and misguided world where a country’s legislative processes threaten the right of a desperate woman to terminate an unwanted pregnancy, and at the same time ask a condemned man to choose which of two equally horrific methods he would prefer them to kill him with (Death row inmate’s dreadful dilemma: lethal drugs or cyanide used by Nazis, 4 May). Roger MundayHebden Bridge, West Yorkshire