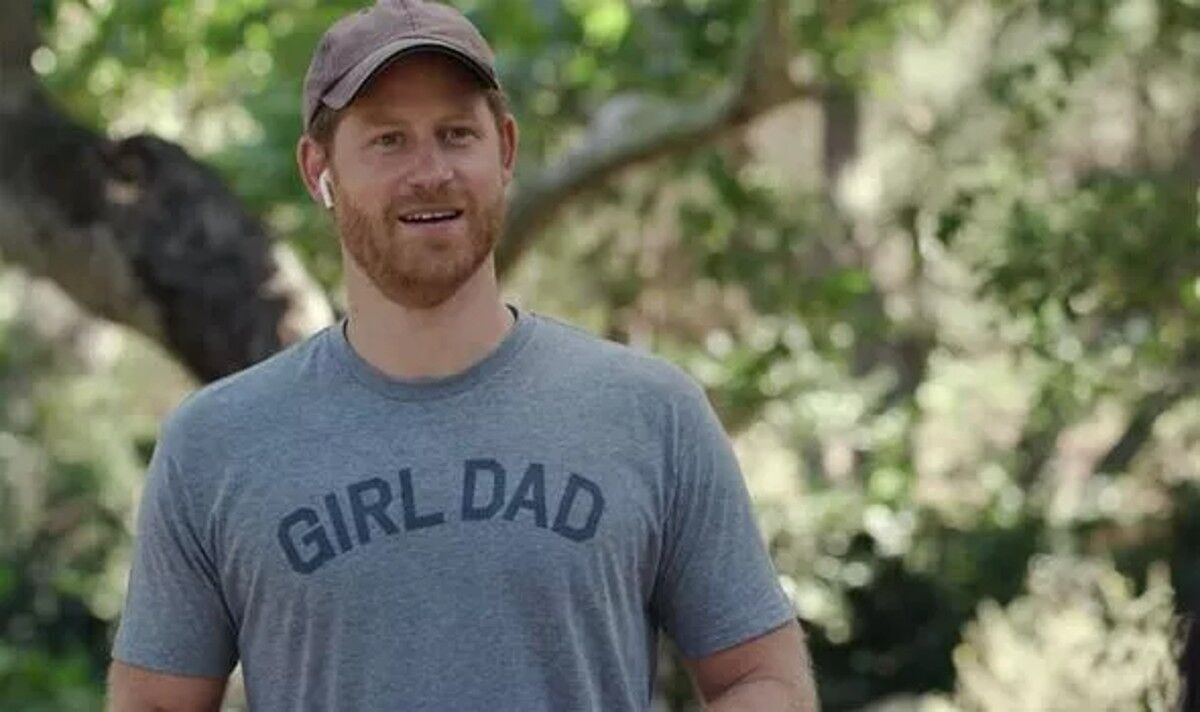 The Duke of Sussex donned a grey t-shirt with the words “girl dad” in the sketch for his sustainable travel organisation Travalyst. The adorable nod to his daughter, who celebrates her first birthday next month, sparked excitement from fans on Twitter.

Another with the handle @monicahunter wrote: “Love the shirt, love the dude, love the initiative.”

A third, @claireXanda, said: “It’s the girl Dad t-shirt for me, too cute the way this man wanted to have a baby girl and now he has one.

“You can just tell he loves being a Dad to both Archie and Lili.”

Another with the handle @JenniferBarth01 added: “Love the Girl Dad t-shirt.”

A fifth, @NettleSuper, said: “This was fun googling where to buy girl dad T-shirt.”

One more with the handle @koko_spice said: “I want that t-shirt.”

Harry is at first given three stars out of five, and then three and a half – as stamps on his arm – for only using one towel and for buying local honey.

He is also praised for not leaving the tap running while brushing his teeth.

Harry quips: “I never do.. Hang on a second. How do you know that?… That’s really weird.”

The Duke insists the wrapper is not his, with comedian Darby saying: “It might have been a confusing time, it was windy.”

Harry responds: “I don’t think it was confusing. It was an incredible time. We had an amazing time in New Zealand. It’s beautiful.”

Fane, who plays another rating agent, arrives claiming he is meant to be assessing the Duke, saying: “I’m supposed to be rating Harry. You’ve got Harry Styley and I’ve got the stylish Harry.”

The royal delivers several phrases in Te Reo Maori as he chats with Star Wars actress Owen, who pulls up in a van to check on the disorganised agents during the skit.

New Zealanders now have access to a rating tool on the Travalyst website as part of the pilot initiative which encourages travellers to consider sustainable options during planning for their next trip.