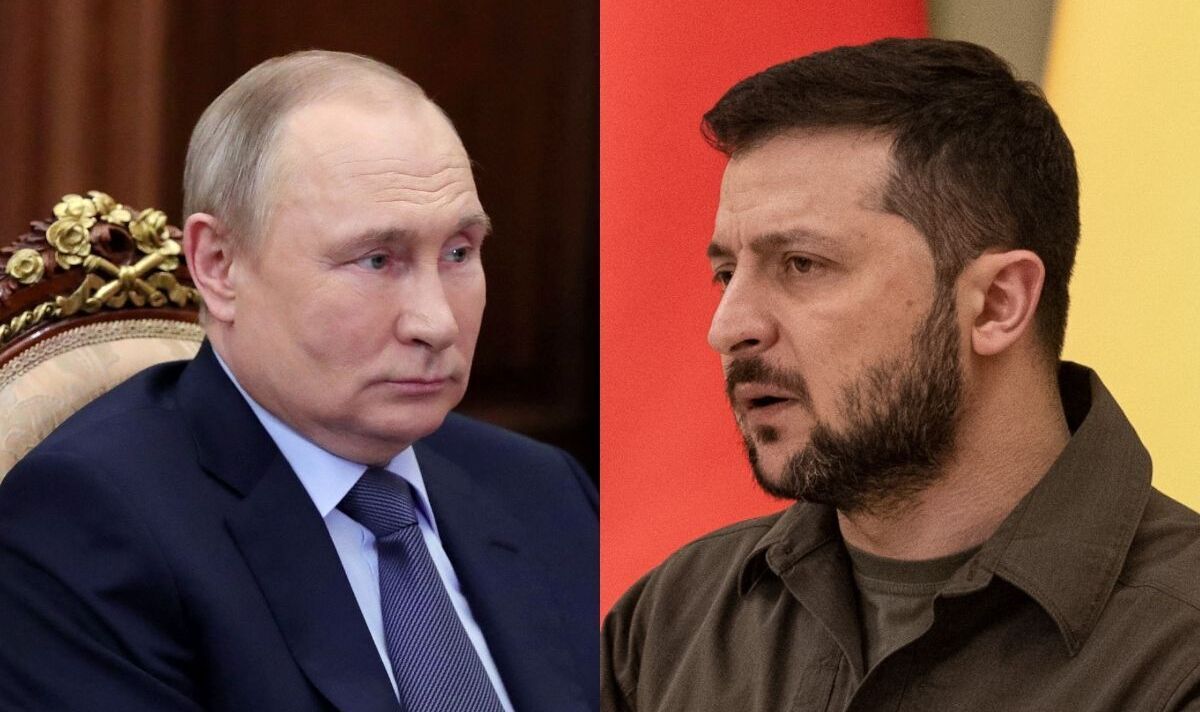 Volodymyr Zelensky reported yesterday that his troops were gradually pushing Russian troops away from Kharkiv towards the Russian border. Now insiders report that Russia appears to have abandoned the area entirely, seemingly to increase pressure on the Donbas region to secure some kind of victory for the Russian tyrant. Data from the Australian Strategic Policy Institute shows the area surrounding Kharkiv is being retaken by Ukrainian forces.

War analyst Glasnost Gone on Twitter said of the news: “Russia’s likely written off the area directly north of Kharkiv city – too few troops to defend it and Putin’s desperate for a victory in eastern Ukraine.

The Ukrainian military’s general staff said its forces have driven Russian troops out of four villages to the north-east of the city.

President Zelenskiy said in his nightly address on Tuesday, May 10, that he had “good news” from Kharkiv.

He said: “The occupiers are gradually being pushed away.

“I am grateful to all our defenders who are holding the line and demonstrating truly superhuman strength to drive out the army of invaders.”

Tetiana Apatchenko, a spokesperson for the 92nd Separate Mechanised Brigade, the main Ukrainian force in the area, confirmed that Ukrainian troops had in recent days recaptured the settlements of Cherkaski Tyshky, Ruski Tyshki, Borshchova and Slobozhanske, in a pocket north of Kharkiv.

Now the Ukrainian military appears emboldened in their fight against the Russian despot, with their foreign minister, Dmytro Kuleba, seeming to indicate the country could actually take more land than they started with.

He said the victory around Kharkiv could mean “the liberation of the rest of our territories”.

However, his claims may yet be overly optimistic.

Oleg Synegubov, the head of the Kharkiv regional state administration, stated that while the four villages had been taken, battles continued to rage.

While Putin is being forced to pull his troops out of parts of Ukraine that had previously been key targets, the re-focus on the Donbas region does seem to be seeing some success.

The Russian military has claimed its forces had advanced as far as the border between the Donetsk and Luhansk regions.

This means they are coming close to securing control of the Donbas region.

Ukrainian fighters of the Azov regiment are still holding out in the Azovstal steelworks in Mariupol.

The strategically crucial port city has been the hardest hit by the war, ravaged by constant artillery bombardments.

Around 1,000 people remain holed up in the steelworks, and Captain Sviatoslav Palamar, a deputy commander of the regiment, could not confirm if all the civilians had been evacuated.

Mr Palamar said: “We will continue to fight as long as we are alive to repel the Russian occupiers.”