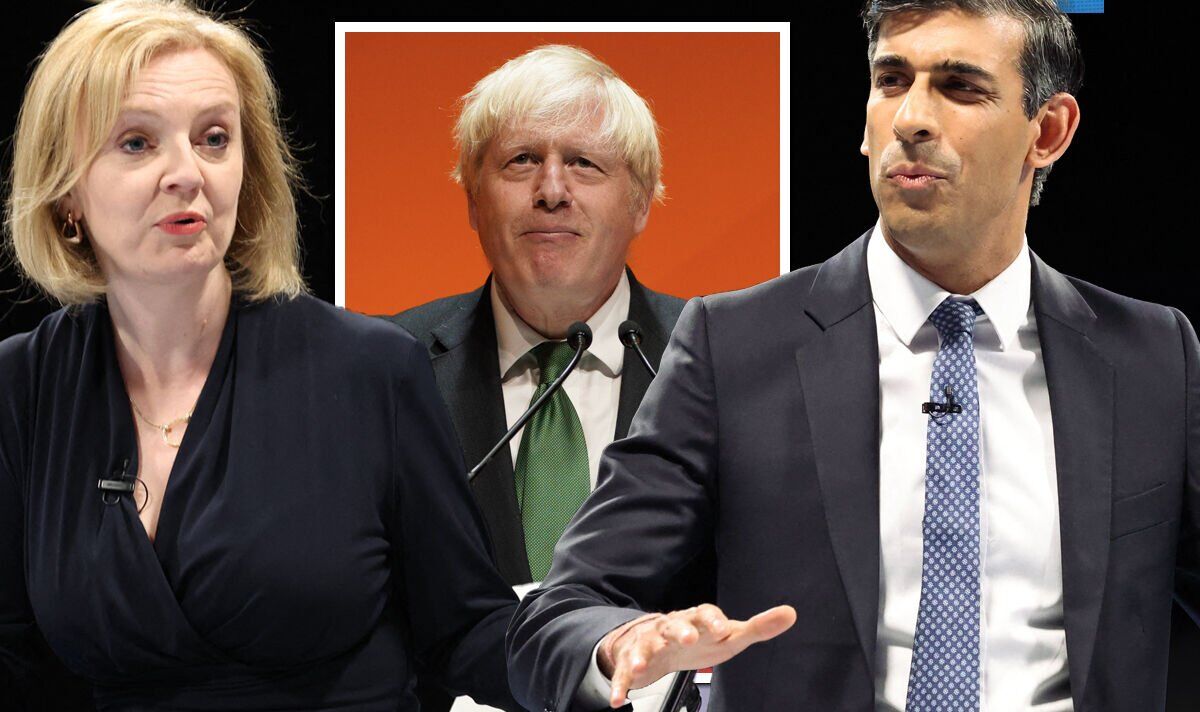 Speaking exclusively, to Express.co.uk, Lord Cruddas, who already has a top level legal team in place to fight the issue in the High Court, has said that he intends to enter talks with senior party figures this week to suspend the leadership contest until the constitution can be amended.

It would mean that the battle between Foreign Secretary Liz Truss and former Chancellor Rishi Sunak would be unable to proceed and a new Prime Minister could not be unveiled on September 5.

Lord Cruddas said: “This started being about Boris but has become something much bigger.

“This is about members having a much greater say in the party and a small group of MPs no longer being able to control who is the leader.

“We will be talking next week and it may not be too late to put Boris back on the ballot. The whole competition could end up having to be suspended.”

He is also calling for the chairman to be elected by the members and power restored to constituencies.

Many of these ideas have been proposed by the Campaign for Conservative Democracy, founded by former MEP David Campbell Bannerman and chaired by John Strafford

He pointed out that the party has between 28 and 56 days to complete the process of a rule change.

It continues: “A postal or online ballot shall be conducted of all members of the constitutional college.”

Lord Cruddas dismissed claims that many of the petition signatures are fake.

He said: “We have verified all the names and dismissed the silly ones like Mickey Mouse or Vladimir Putin.

“By the time some leftwing campaigners tried to infiltrate our petition we had already passed the number of 10,000 verified members.

“So we are confident we have the number required to initiate a change.”

A Conservative spokesman said: “We have yet to receive such a petition”

A source added: “Only CCHQ holds membership data. No other organisation can verify that so-called ‘members’ are genuine.”